I’m a 60-year-old woman and have just celebrated the birth of my second grandchild, who lives in America. I’ve been reading about the risks to newborns’ immunity – do I need to get jabs before I meet her? I have a flu jab every year but do I need others?

It isn’t normal to expect relatives or visitors to have extra immunisations before meeting a new baby.

Of course, newborns are more vulnerable to infection and their immune system isn’t yet mature enough to benefit from vaccination – which is why, for example, their feeding bottles are sterilised.

But good hand-washing and sensible precautions are enough to keep them safe.

If an adult has had standard vaccinations throughout their life, there would be no reason to have extra before meeting a new grandchild. (Posed by models)

New parents are not expected to have any other vaccinations to protect their newborns and therefore it’s safe to assume that relatives don’t need to either.

If an adult has had standard vaccinations throughout their life, there would be no reason to have extra before meeting a new grandchild.

You would expect, anyway, that most adults would know to keep away from a baby if they were unwell and infectious.

Pregnant women in the UK are offered the whooping cough vaccination in order to protect their babies because there is more whooping cough circulating now than in past years, and it can be fatal for babies.

Protecting mum means she can’t pass it on.

For relatives, a commonsense approach is key – and this means lots of hand-washing, keeping away when you are unwell and sterilising feeding equipment.

Later in life, toddlers and little children are encouraged both here and in the US to have flu immunisations, which makes a great deal of sense, not only for their own protection but also because they are great at spreading their infections.

Two months ago, I had my first general anaesthetic, for a sinus operation, and ended up on the operating table for an hour longer than expected. Since then, my memory has been worryingly bad. Is this the fault of the anaesthetic or early signs of dementia? I am 59.

A change in a person’s memory capacity following a general anaesthetic is a very common experience. In fact, it is a recognised side effect.

It is very normal for some people to experience poor concentration as well as forgetfulness for at least 48 hours after the anaesthetic has worn off.

But last year, a large scientific review of anaesthetic side effects found that memory loss may not always be short-lived.

Do you have a question for Dr Ellie?

Dr Ellie can only answer in a general context and cannot respond to individual cases, or give personal replies. If you have a health concern, always consult your own GP.

As many as one in ten patients over the age of 60 may suffer deterioration in memory, complex thought processes and attention for three months after the operation, the study revealed.

However, the positive news is that very few people suffer long-term, with only one per cent having these problems a year or two after surgery.

It is also not clear whether these side effects were related to the type of anaesthetic used, or for how long patients were under.

It’s unlikely the signs of dementia would occur suddenly and coincidentally straight after an operation.

The only type of dementia that may occur abruptly is vascular dementia which, at the age of 59, is rare. However, unusual lapses in memory are distressing and it’s worth discussing them with the GP, just in case.

The doctor can arrange a memory assessment, which often offers reassurance.

The psychological impact of going under the knife can affect memory too. Any sort of trauma, including if an operation lasts longer than expected, can affect your cognition, as can ongoing pain, anxiety or stress.

It’s also worth talking with your GP about medications that may be affecting memory.

If you’re taking, for example, antidepressants, painkillers or sleeping tablets they may be having an impact.

Pop star of the moment Lizzo breaks the mould in terms of not conforming to the super-skinny standards expected of female celebrities.

Some people accused her of ‘promoting obesity’ last week when she posted some admittedly eye-popping images of her bikini-clad body.

But the 31 year-old Grammy winner sets a wonderful example to self-conscious girls, showing that confidence comes in all shapes and sizes. 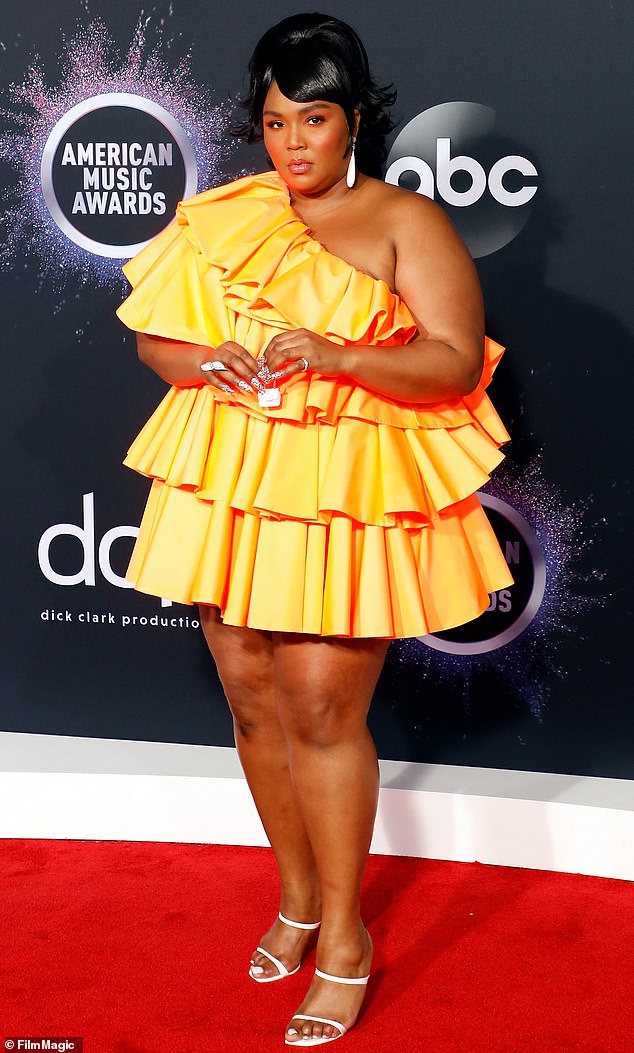 There is no proof that pictures of obese individuals make others start overeating.

What we do know is that poor body image, low self-esteem and disordered eating pose serious risks to both physical and mental health.

And if seeing another body, just like yours, provides relief, then I’m all for it.

The Duchess of Cornwall was encouraging women to speak out about domestic abuse last week.

She said – quite rightly – that every time a woman speaks about violence in the home, the taboo ‘weakens’. But who do you tell? Well, try your GP. 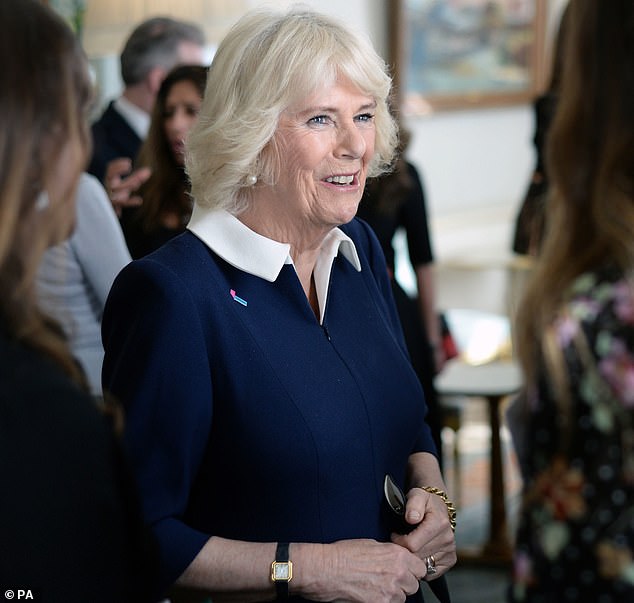 The Duchess of Cornwall was encouraging women to speak out about domestic abuse last week. She said – quite rightly – that every time a woman speaks about violence in the home, the taboo ‘weakens’

About 80 per cent of cases are picked up by GPs and most of us receive expert training, so know exactly what to do in order to keep you and children safe.

Last year there were 173 domestic violence-related deaths in the UK – mostly women. Silence can, and does, kill.

It’s time to get tough on the CBD craze

Thank goodness the Government is cracking down on oils and snacks containing cannabis, or ‘CBD’, and their unproven claims about benefits for everything from stress to the immune system.

The Food Standards Agency says these pseudo-scientific products will be pulled from supermarket shelves by March 2021, unless they meet strict safety regulations.

There are concerns from some experts that CBD may interfere with other medications, with potentially harmful side effects, while some people are using it instead of traditional, evidence-based medical treatments for serious illnesses such as cancer.