The law on organ donation is set to change this spring. Rather than opting in to organ donation by signing the national register, adults will be presumed to be organ donors unless they have stated otherwise. The Government says an opt-out system will save an additional 700 lives a year, but critics claim organ donation should be a gift, not a given. Here, the Mail’s experts give their view.

Dr Martin Scurr: Three people die every day for want of an organ transplant. And although 90 per cent of people say they would be happy to be a donor, many don’t get around to signing the register or informing their relatives of their wishes

I donated one of my kidneys

Dr Martin Scurr: Three people die every day for want of an organ transplant. And although 90 per cent of people say they would be happy to be a donor, many don’t get around to signing the register or informing their relatives of their wishes.

Due to this, 40 per cent of organs that could potentially be used go to waste.

Changing the organ donation register from an opt-in to an opt-out system means many more children and adults who, without a transplant, are consigned to days, months, or even years of anxiety and ill health, followed by an early death, could be saved.

My view isn’t only underpinned by medical knowledge but by my personal experience, too. I have watched not just one, but two, loved ones have transplants — and I have been a donor myself.

A healthy person can live a normal life with just one kidney, and in 1992 I gave a kidney to my then wife Glynis.

A rare genetic condition meant she had suffered declining kidney function since childhood, and a point of crisis had been reached — a transplant was her only option.

Tragically, on the fifth post-operative day, her new kidney failed. Six weeks later I was back at work, but Glynis spent two months in hospital recovering, and began dialysis. This saw her hooked up to a machine which performed the function her kidneys should have. She had to do this two or three times a day, every day.

Our whole life was dominated by dialysis, the recurrent complications, a cascade of subsequent operations, and constant medical care needed to help her cope.

This stress was almost intolerable, until eventually, 12 years later, another kidney was found. She survives, and is healthy, to this day.

Our eldest son, Ben, had the same hereditary kidney disease, as well as diabetes, and in his late 30s he also under- went transplantation.

Miracle upon miracle, he was given a new pancreas as well as a kidney.

After dialysis and injections of insulin four times daily for years, he was now cured.

With a set of life experiences such as these, who would not support any move that might help all those who wake up every day hoping for a telephone call informing them that a kidney, or a liver, or a heart, or lungs, has at last been found?

As a medical student at University College London, every day I passed the preserved body of philosopher and social reformer Jeremy Bentham, who was in a case in a corridor.

Bentham, who died in 1832, called for individual and economic freedom. He advocated the abolition of slavery, the death penalty, and corporal punishment, and he was a supporter of animal rights.

He was also the founder of the philosophy of utilitarianism which I take as my guide. It states ‘actions are right if they are for the benefit of a majority’.

Like him, I am convinced that the best action is the one that produces the greatest well-being for the greatest number of people.

Far from allowing the Government to claim possession of our bodies and organs, an opt-out system would enable many more people, like Glynis and Ben, to enjoy a second chance at life.

We have a duty to each other, and a society that presumes to donate has made a great step forward. 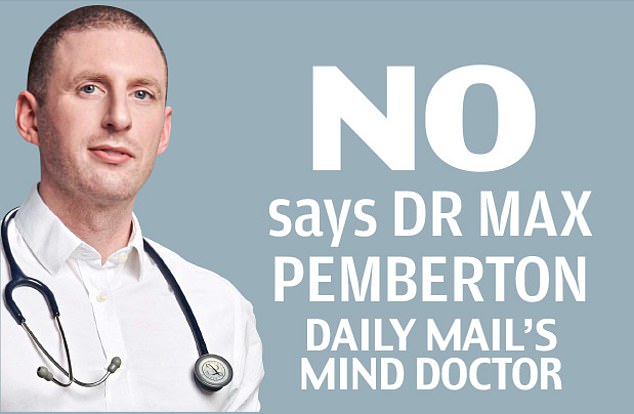 Dr Max Pemberton: Do I support organ donation? Of course I do. It transforms lives and is an extraordinary gift

State meddling is NOT the answer

Dr Max Pemberton: Do I support organ donation? Of course I do. It transforms lives and is an extraordinary gift, giving someone a second chance at life. But that’s what it is, a gift — and it should remain as such.

As someone who has watched patients die waiting for an organ donation, I know of the need to address the shortage. In fact, a relative of mine died a few years ago while waiting for a new kidney.

It seems a dreadful waste that organs are buried or cremated when they could be used to radically change someone else’s life, or even save it. But the new legislation — which introduces presumed consent, whereby people have to ‘opt out’ of organ donation rather than ‘opt in’, as they do now — throws up significant ethical issues. It makes me feel uneasy.

Donation operates on the level of the individual; it is an altruistic act. How can a government make assumptions about an individual’s wishes? About their generosity?

This strikes me as overwhelmingly arrogant and, well, presumptuous. Currently only about a third of the population is on the organ donor register, while polls indicate that as many as 90 per cent wish to donate their organs after their death. 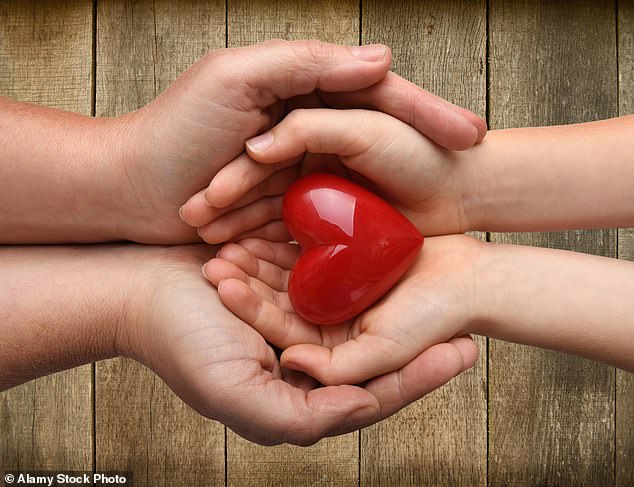 The discrepancy is down to inertia, as most people just never get around to registering.

Yet the way to go about addressing this is not through more government meddling.

By all means encourage people to register and try to tackle public apathy. But the Government is not mandated to pontificate on what I want done with my remains, or to guess that because I didn’t tick some box somewhere I’m happy to donate my organs when I die.

Such a scheme runs the risk of removing organs from those who did not want this to happen but had not registered their objection. This would seriously damage public confidence, and also represents further state intrusion into our lives.

I’m not saying people shouldn’t donate their organs, just that it shouldn’t be presumed that we will.

I am on the organ donor register and my family know that, when I die, I’m more than happy for any part of my body to be used to help someone else.

It was a choice I made, because my body belongs to me, not the State — something that the Government should remember.

As someone who has had the conversation about organ donation with families who have just been bereaved, I’ve seen what a transformative discussion this can be, and I think presumed consent removes this entirely.

The very fact that donation is a gift, and one that the loved ones are involved in, has real psychological benefits for the grieving friends and family.

The idea that their loved one has managed to help someone even in their death provides tremendous comfort to many.

While nothing will bring the person back, many have told me they feel it is what the person would have wanted, and there’s a sense that the family are a part of keeping their loved one’s memory alive.

The idea of presumed consent strips all of this away. You’re not really giving your body, you’re just not objecting to having it taken. That’s not a gift in any real sense of the word.

But aside from the ethics of presumed consent, there is an even bigger reason not to go down this route. The reality is that all the evidence shows it simply doesn’t work.

In countries that have already adopted this approach, such as Wales, there has been no significant increase in donations at all.

I think the reason for this is the real issue. It’s what we need to keep in mind and do everything we can to address.

The biggest barrier to donation isn’t that the individual has not signed the organ donor register, it’s that the family block the donation. This is what happens under the current system, where you have to sign up to the register.

The new system of presumed consent does nothing to address this fact. Families will still be able to veto donation, and it seems they often do.

Presumed consent therefore distracts us from the real job at hand — educating the public about what a wonderful offering donation is, and encouraging people to have clear conversations with family members about the fact that they want to donate.

If the time comes, families will then be better informed about what the person really wanted to happen.

The country we should learn from is Spain.

There was no increase in the number of organ donations there for the first ten years after an opt-out policy was introduced.

What improved the numbers was not presuming consent but developing dedicated and highly trained transplant teams, who would meet with families to discuss donation and answer all their questions. This is the way to do it.