Poised for action, cricket-crazy Jake Ternent gets ready to face the next ball coming his way.

The 23-year-old fell in love with the game as a young teenager and has been playing regularly for the past ten years, earning a reputation as an accomplished all-rounder. It’s an astonishing achievement – because Jake has been almost totally blind since birth.

An inherited condition called Leber congenital amaurosis left him with no more than five per cent vision in his right eye and 20 per cent in his left.

Jake Ternent, pictured, from Ludworth, County Durham suffers from an inherited eye condition which has left him with five per cent vision in his left eye and 20 per cent in his right 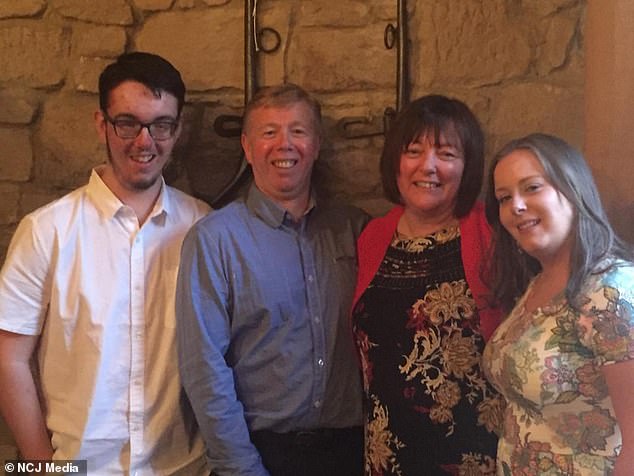 Jake, pictured, with his family, is the first man in the country to receive the pioneering treatment which experts believe may be able to reverse the damage to his eyesight 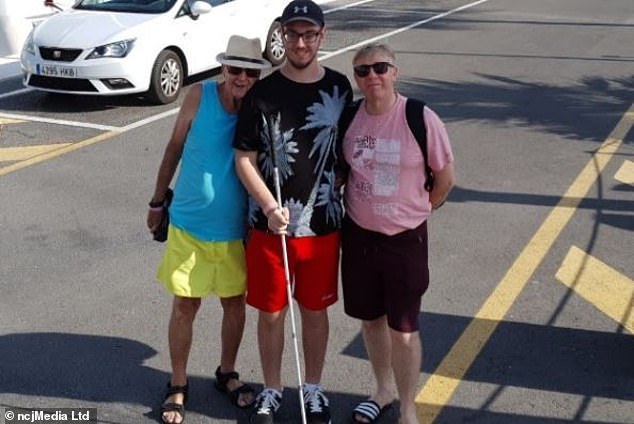 During the 90-minute procedure, a gene called RPE65 was inserted into the back of his right eye to correct the genetic fault that cost him his eyesight. In April, he will have the left eye done

Doctors have warned his parents the little eyesight he has left will almost certainly vanish as he gets older, leaving him completely blind. But Jake, who has captained his local visually impaired cricket team, could be about to defy doctors’ predictions.

Three weeks ago, he became the first NHS patient to undergo a ground-breaking gene therapy for blindness.

During the 90-minute procedure, a gene called RPE65 was inserted into the back of his right eye to correct the genetic fault that cost him his eyesight. In April, he will have the left eye done.

It’s hoped the implanted genes will trigger a remarkable repair process in the rear of the eyes, correcting the damage that causes Jake’s blindness.

It may take several months before Jake knows for sure if the cutting-edge treatment has worked, but clinical trials involving dozens of UK patients have proved that the therapy does work.

The outcome is potentially life-changing – and throws open the possibility that similar treatment could save hundreds, if not thousands more Britons from blindness.

Jake, from Ludworth in County Durham, is studying to be a sports coach. He says: ‘I’d always resigned myself to the idea that one day I’d go completely blind.

‘I never believed there would be anything in my lifetime that could help.’ 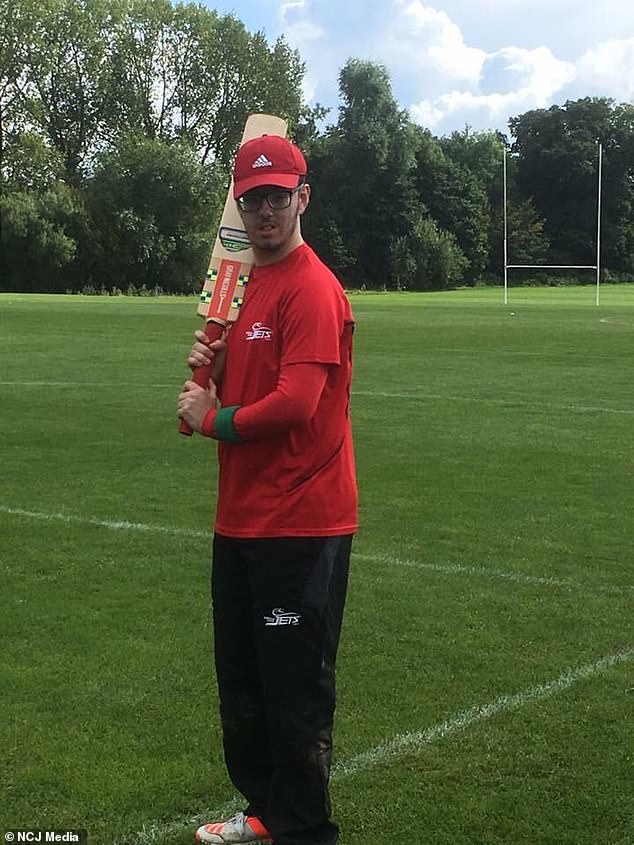 At this time of year, Jake is unable to venture outside the house alone as soon as it gets slightly dark. In winter, this can be as early as 4pm

At this time of year, Jake is unable to venture outside the house alone as soon as it gets slightly dark. In winter, this can be as early as 4pm.

‘I can’t see anything in low light, and I have to rely on family members to help,’ he says.

But if the therapy works, he’ll be able to socialise with friends in the evenings – as most people his age do.

‘Hopefully it will have a major effect on my night vision and mean I am able to see a lot more in the dark,’ he says.

‘But to be honest, even if this therapy simply stabilises my vision and stops me losing what I have, that would be amazing.’

Leber congenital amaurosis, or LCA, is rare – affecting just one in 80,000 people. But it is still the most common form of inherited sight loss in children. The gene defect means that light-sensing photoreceptor cells at the back of the eye don’t work properly, leading to severe tunnel vision, night blindness and shaking eyes – where they move uncontrollably up and down or from side to side.

What little vision sufferers have tends to disappear as they age. Until now, there has been no effective treatment.

But the radical new gene therapy, developed by researchers at Moorfields Eye Hospital in London and The Institute of Ophthalmology at University College London, offers new hope.

It involves giving the patient a general anaesthetic, making a tiny slit less than a millimetre wide in the white of the eye and injecting a virus containing the corrective gene into the back of the eye.

The type of virus used is called an adeno-associated virus. They are common in humans but do not cause disease.

Doctors often use viruses in gene therapy because they provide an excellent way of getting the healing gene inside the cells that need fixing. The virus breaks into the photoreceptor cells – delivering its gene cargo. 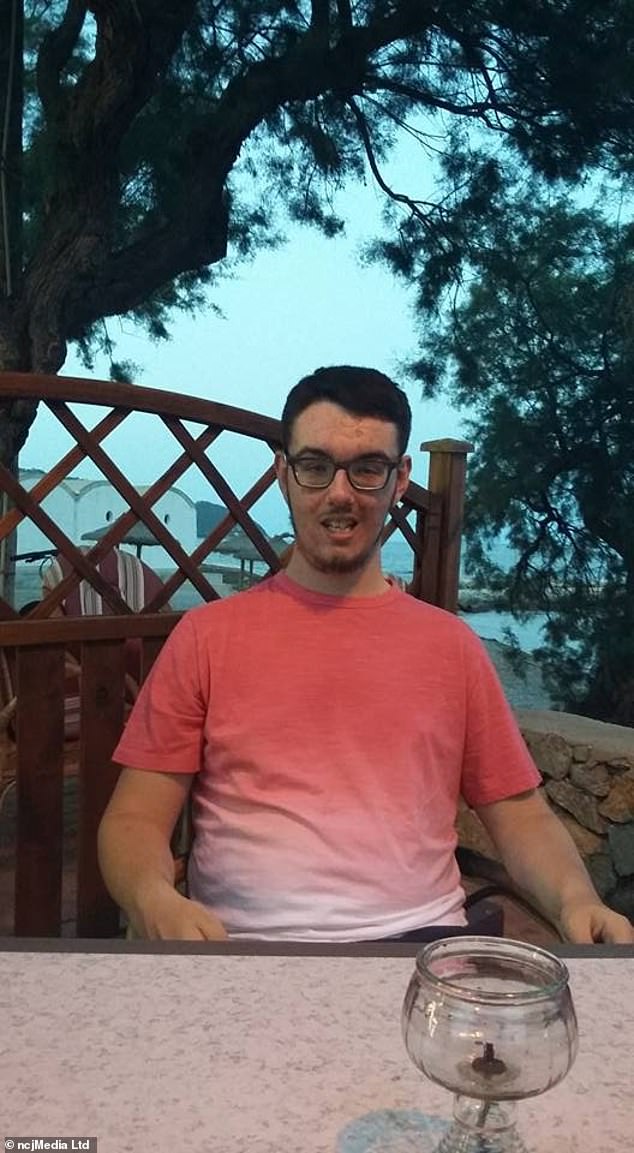 Jake, from Ludworth in County Durham, is studying to be a sports coach. He says: ‘I’d always resigned myself to the idea that one day I’d go completely blind. ‘I never believed there would be anything in my lifetime that could help’

Once inside the damaged cells, the gene issues instructions for the cells to produce the vital proteins needed to restore them to good health. These proteins kick-start the repair process so the cells can once again become sensitive to light – improving vision as a result. The virus dies off without doing any harm. ‘The virus is basically a courier,’ says Professor James Bainbridge, consultant retinal surgeon at Moorfields Eye Hospital, who was part of the team that performed Jake’s surgery.

‘It breaks through the cell membrane and delivers the gene where we want it. What we are doing is repairing the damaged photoreceptor cells.’

He adds: ‘We would expect to see improvements, especially in night vision, within a few weeks or months.

‘Jake was the first to have it on the NHS but there are probably another 50 or so patients who qualify for treatment right now,’ says Prof Bainbridge.

‘The majority can expect to experience an improvement in their vision.’

The treatment works best in patients such as Jake, where photoreceptor cells may be damaged but have not died off completely.

Prof Bainbridge says: ‘That’s why we think younger patients are more likely to benefit because they are less likely to have lost as many cells.’

Jake, who wore a patch for two weeks after the operation, says he hopes many more patients will benefit now that this type of gene therapy is available on the NHS.

‘There is no way I could have had this treatment without the NHS – it’s amazing. I’m so grateful for the opportunity to get it. I really hope it works.’