Thousands of women undergoing breast cancer surgery could be spared repeated operations – thanks to a tiny magnetic ‘seed’ implanted into their tumour.

The pioneering device, smaller than a grain of rice, acts as a marker, helping guide doctors to lumps within the breast that can’t otherwise be felt or seen.

At present, women requiring surgery for breast cancer have up to a 25 per cent chance of needing a follow-up operation. This is necessary if parts of the tumour are missed the first time around.

But just six per cent of patients given the Magseed implant need a second procedure, as it helps improve accuracy during the initial operation.

The technique is set to replace the traditional method used since the 1970s, which involves inserting a steel wire that ‘hooks’ on to the tumour on the morning of surgery.

At present, women requiring surgery for breast cancer have up to a 25% chance of needing a follow-up operation. This is necessary if parts of the tumour are missed the first time around. But just 6% of patients given the Magseed implant need a second procedure, as it helps improve accuracy during the initial operation

This is uncomfortable and stressful for patients because the wire protrudes from the breast, and is easily dislodged. The wire can also move by several centimetres before surgery takes place, which means cancerous tissue is left behind and further surgery is needed to remove it completely.

However, the Magseed does not move at all, say experts. Surgeon James Harvey, at the University Hospital of South Manchester NHS Foundation Trust, is leading a UK-based trial of 1,000 women to compare the results of Magseed with the wire.

He says: ‘The wire can be a particularly unpleasant experience for patients, and from a surgeon’s point of view it’s not unusual for it to be dislodged. It means a couple of times a year you can do an operation and later find you haven’t got any of the cancer lump in the specimen you’ve removed, which is awful for the patients.

‘Magseed definitely makes this more precise, so a surgeon can be confident they’re in the right place. It’s less stressful for patients, and everyone on the operating team is less stressed on the day of surgery because there’s no need to ferry patients around as much.’

About 55,000 new cases of breast cancer are diagnosed in the UK every year. However, improvements in screening mean many cases are being picked up earlier, before lumps can be felt.

This makes it even more crucial to accurately locate the tumours – sometimes just a tiny cluster of cancer cells – which may not be distinguishable from healthy tissue to the naked eye.

Magseed is being used in 28 hospitals across the country, while 15 more are evaluating it. 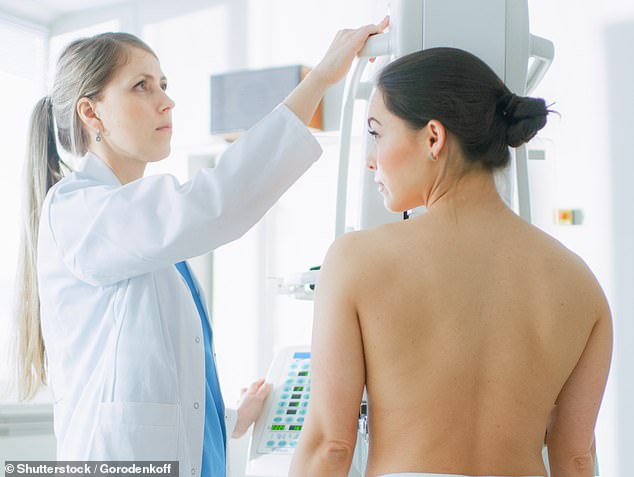 About 55,000 new cases of breast cancer are diagnosed in the UK every year. However, improvements in screening mean many cases are being picked up earlier, before lumps can be felt. (File image)

Patients are given a local anaesthetic and the tumour is located using either ultrasound or mammogram. The 5mm Magseed, made from medical-grade steel, is then inserted through a long needle.

During the subsequent operation to remove the tumour, the surgeon uses a probe called Sentimag, which emits a magnetic field and makes a high-pitched sound when it comes closer to the seed.

Maria Rothwell, 51, from Sale, Greater Manchester, was diagnosed with aggressive breast cancer in January 2019. The former export clerk and keen cyclist was treated with chemotherapy ‘wonder drug’ Herceptin, which shrank her tumour from 3.8cm to 0.5cm, and had surgery to remove what remained at Wythenshawe Hospital in July.

She has now been told her cancer has gone. ‘I was, and I am, very lucky,’ she says. ‘The procedure to insert Magseed took 15 minutes a week before my surgery and it was pain-free.

‘Previously, I’d have had to go through the added trauma of having wires inserted on the day of surgery, which would have left me with more damage. As it is, I have no scar on my breast and only a small one under my arm where my lymph nodes were removed.

‘Cancer takes away your confidence, so anything which reduces the scarring and makes it easier for patients is so important.’

Eric Mayes, chief executive of Endomag, which developed Magseed, says: ‘It’s intuitively right that it could reduce the recurrence of breast cancer if it accurately removes all of the tumour, but we don’t have any data yet. In theory it could be used in different tumours.’

What’s the difference… between an optometrist and ophthalmologist?

They are usually employed by high-street opticians but may also work in hospital eye departments. Most will have passed College of Optometrists exams.

An ophthalmologist is a fully trained doctor qualified to perform delicate eye surgery.

The training is much more arduous – five years at a medical school, two as a newly qualified doctor doing basic medical training, and then seven years of specialist training, during which they must pass rigorous exams set by the Royal College of Ophthalmologists.

Can I use a mobile phone in a hospital?

Professor Mark Fielder, an expert in medical microbiology at Kingston University, says: ‘Current NHS guidance says they can be used as long as they don’t affect medical equipment or patients’ safety and dignity.

‘I would say don’t use them on a ward, as they can interfere with instruments such as dialysis machines, defibrillators, ventilators, monitors and pumps.

‘Loud ringtones and alarms can also be confused with alarms on medical equipment. And mobiles can spread infection because we hold them close to the mouth and nose, where they can pick up bacteria.

‘In the hospital canteen it’s probably safe, but wash your hands afterwards.’

Kyphosis is the delightful medical name given to an overpronounced curve and abnormal rounding in the upper back – often, my older female clients complain of the problem, and sometimes it’s rather unkindly referred to as a dowager’s hump.

We often slump forward, particularly if we spend much time at a desk. But without perfect posture, even carrying shopping bags can result in pulling the upper spine down. One way to combat this is by regularly carrying out mobility exercises. And this is one of the best to combat kyphosis… 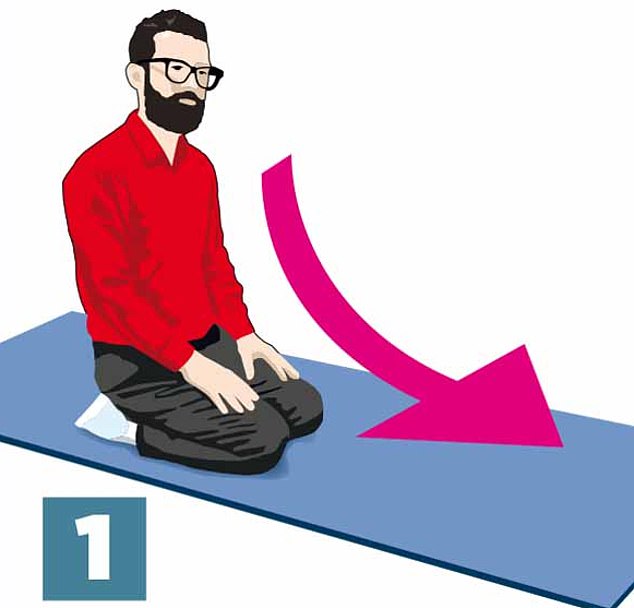 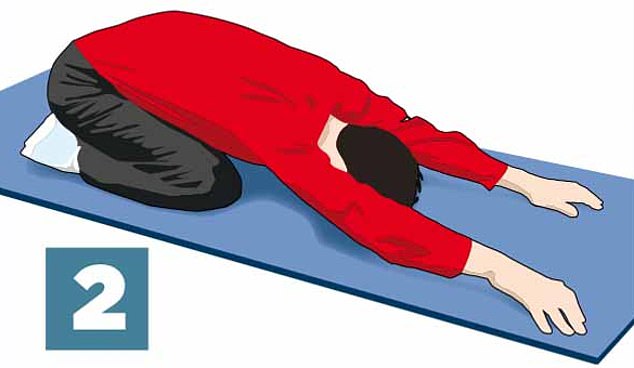 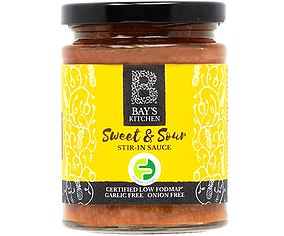 Delicious stir-in sauces for curries, stir fries and pasta – all of which are IBS-friendly, gluten-free and suitable for vegans.