By Ben Spencer Medical Correspondent For The Daily Mail

Chemists are charging up to £475 to vaccinate teenage boys against the cancer-causing HPV virus in advance of an expected rush for the jabs.

From September boys across the UK will be vaccinated against the human papilloma virus in Year Eight at school, when they are aged 12 or 13.

But an estimated two million older boys will miss out on the vaccination programme – to the fury of health campaigners.

Many high street chemists offer the vaccinations privately, but charge up to £475 for a three-jab course, which experts say makes it unaffordable to all but the wealthiest families.

When the vaccine was first offered to Year Eight girls in 2008 the NHS put in place a temporary ‘catch-up’ programme, offering the vaccine to any girl up to the age of 18, to ensure as much coverage as possible.

But they have refused to introduce a similar catch-up programme for boys, meaning even 13-year-olds in Year Nine will miss out.

Experts estimate HPV causes around 2,500 cases of cancer in men each year and around 650 deaths, mainly from cancers of the throat and mouth. Peter Baker, of the HPV Action charity, said last night: ‘It’s a big problem. The vaccines are available privately but most people will be priced out. They either won’t be able to afford it or they won’t even know that it is available. It creates inequality.’

Most clinics advise that teenagers aged 14 or under receive two HPV jabs over several months, and those aged 15 and over receive three.

The injection has an official NHS price listing of between £80 and £105 per jab – although the Government has negotiated a substantial, but confidential, discount. The introduction of the age-restricted HPV programme could create a rush on private vaccination later this year when parents realise their children are not eligible for the jabs.

For the past decade all schoolgirls have been vaccinated against HPV to ward off cervical cancer, a step that is thought to save 500 lives a year. Boys were initially not included in the vaccination programme, but the Government changed tack earlier this year after advice from the Joint Committee on Vaccination and Immunisation. 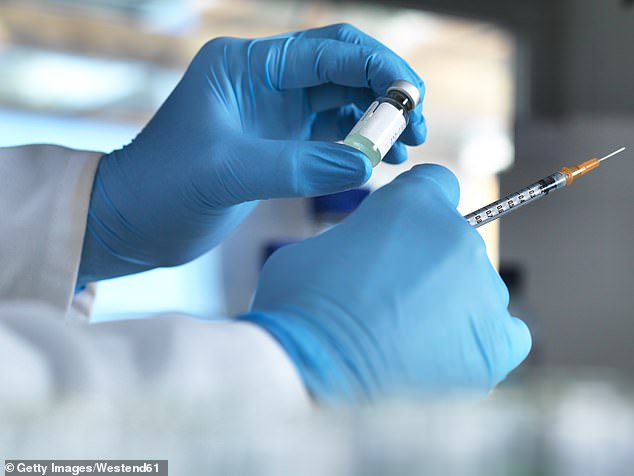 The vaccine is given to those in their early teens to establish an immune response well before they become sexually active.

A Department of Health spokesman said: ‘Parents should be reassured that advice from experts is that a catch-up programme for older boys is not necessary, as they will continue to benefit greatly from the indirect protection – built up from ten years of the girls’ successful vaccination programme.’

But Matt Case, of Cancer Research UK, disagreed. ‘HPV is linked to several types of cancer in men so it’s disappointing that the Government is not planning to offer a catch-up programme,’ he said.

Boots UK said: ‘The majority of the cost of the [HPV vaccine] service is to cover the administration of the vaccine and VAT. The rest is to pay for the pharmacist time providing the service.’ Superdrug said: ‘We constantly review the pricing of our vaccination services with vaccine manufacturers.’