A husband and wife were discharged from a Chicago, Illinois hospital on Thursday night after being treated for coronavirus.

The pair were the first case of human-to-human transmission in the US. The husband contracted the virus from his wife, 61, after she traveled to Wuhan, China.

Although they described it as ‘an uncomfortable situation,’ the pair also said they were treated kindly and respectfully and were just looking forward to ‘getting home and getting life back to normal.’

Now that their symptoms are under control, the pair have been discharged from St Alexius Hospital in Hoffman Estates and will be allowed to return home for self-isolation until they clear the virus that’s sickened at least 12 Americans.

After treatment at St Alexius Medical Center Amita in Chicago, a couple infected with coronavirus is being discharged to self-isolation in their home 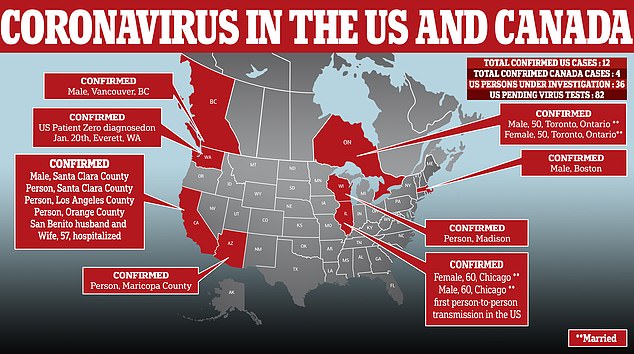 The couple are two out of the 12 cases of coronavirus confirmed so far in the US, and were the first case of person-to-person transmission

After traveling to Wuhan, China in December, the unidentified wife returned back to Chicago on January 13.

Once back at home, her symptoms started to emerge: a fever, shortness of breath.

She was diagnosed with coronavirus on Friday, January 24, and officials reassured the public that, since developing symptoms, she had hardly left her home.

The woman was in good condition when she was diagnosed, but was taken to the hospital for isolation in the hopes that the virus wouldn’t spread.

Days later, however, her husband’s coronavirus was confirmed too, marking the first time the virus had leaped from one human to another in the US.

He, too, was placed in isolation at the hospital and both patients remained stable during treatment.

It’s not clear yet how the couple was treated.

There are no approved therapies for coronavirus.

However, at least one American – patient zero in the US – was treated using an experimental drug developed to treat Ebola and, according to a case report, showed significant improvement after he was given just one dose.

Other treatments have been primarily supportive, including IV fluids and respiratory support, if necessary.

Some of the confirmed US coronavirus patients have not needed to be hospitalized at all, and been instructed to only self-isolate at home to contain the disease, the risk of which remains low in the US, despite its spread to more than 31,000.

The couple is simply happy to be heading home.

They said in a statement: ‘With it being an uncomfortable situation, the care and the services we’ve received have been great.

‘Everyone’s been very kind and very respectful. This has been the best healthcare experience we’ve ever had, but we’re definitely looking forward to getting home and getting life back to normal.’

Meanwhile, two planes carrying American evacuees from Wuhan are currently being held in Canada and California, because two passengers on each have developed coronavirus symptoms.

And one student at Lafayette College in Pennsylvania is now being tested for the deadly virus, after developing symptoms after returning from China.

According to an email from the collage sent out to student and staff members, the students had been screened for the virus upon return to the US. 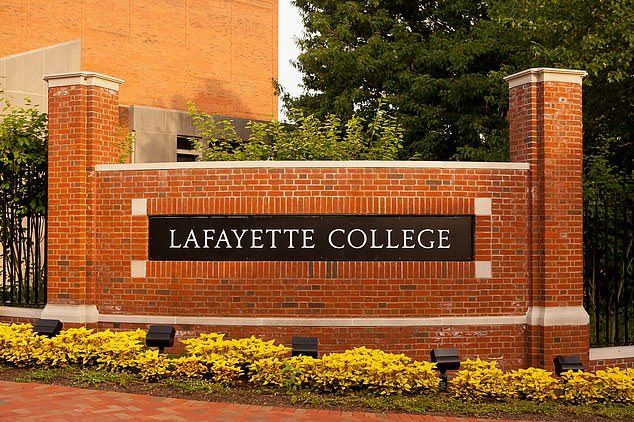 President Trump on Friday tweeted his approval of Chinese president Xi Jinping’s handling of the coronavirus outbreak, saying: ‘Just had a long and very good conversation by phone with President Xi of China. He is strong, sharp and powerfully focused on leading the counterattack on the Coronavirus.

‘He feels they are doing very well, even building hospitals in a matter of only days. Nothing is easy, but he will be successful, especially as the weather starts to warm & the virus hopefully becomes weaker, and then gone.

‘Great discipline is taking place in China, as President Xi strongly leads what will be a very successful operation. We are working closely with China to help!’ 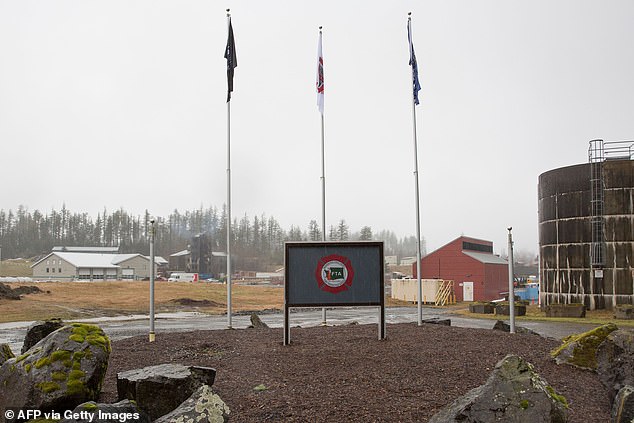 The US has 12 confirmed cases of the coronavirus, with cases in Wisconsin, California, Arizona, Massachusetts, Washington and Illinois.

Meanwhile a cruise ship which has remained quarantined off the coast of Japan with a coronavirus outbreak has 61 people on board infected, including eight Americans.

The Washington State Patrol Fire Training Academy near North Bend has been chosen as a new quarantine site for people returning to the United States from the Chinese province at the center of the new coronavirus outbreak.

Travelers without symptoms of coronavirus who have been in Hubei Province in the past two weeks will be placed under quarantine in the facilities.