Should I go vegan? There are currently more than 500,000 people in Britain who say they have done – a fourfold increase over the past ten years. And the meat, fish, dairy and eggs (and honey – it’s made by bees and is therefore an animal by-product)-shunning revolution shows no signs of slowing down.

The rise of veganism would have surprised and delighted Donald Watson, a British teacher who founded the Vegan Society with his wife and neighbours in 1944. They created the word ‘vegan’ by taking the first three letters and last two letters from the word vegetarian.

They had a simple but powerful belief, that we should not exploit animals ‘for any purpose’, and their mission statement became ‘living without exploitation’.

Dr Michael Mosley, pictured, is tucking into a vegan sausage roll – a product inspired by Donald Watson who created the Vegan Society in 1944

But as well as wanting to be more ethical, most people who go vegan surely do so in the belief that it is good for their health.

A few weeks ago, X Factor guru Simon Cowell announced that he’s now a vegan and that it has given him ‘far more energy and focus’, while F1 driver Lewis Hamilton told his Instagram followers a few days ago that he was ‘healthier and happier than ever on a vegan diet’. Hamilton credits his impressive muscle gain to eating more plant-based proteins.

So am I missing out?

Along with the rise in veganism, there has also been a dramatic rise in the development and marketing of ready-made foods aimed squarely at the vegan market. There are vegan burgers and vegan sausages, and when earlier this year the bakery chain Greggs launched a vegan sausage roll, it quickly became their fastest-selling new product.

I’m not a huge fan of sausage rolls, but for the purposes of researching this article I decided to try one. 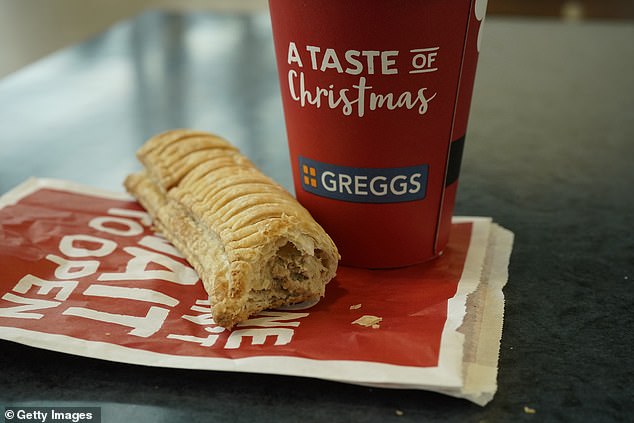 My initial reactions were that although it had a slightly unpleasant aftertaste, it wasn’t too bad. But when I read the list of ingredients on the Greggs website, I discovered that it really wasn’t any healthier than the pork version. They contain about 310 calories, as well as half your daily recommended levels of saturated fat and a third of your recommended salt intake, which is quite a lot for something that doesn’t really fill you up much.

So, living on sausage rolls of any kind isn’t a great idea.

But what interests me more is how veganism compares to my favourite way of eating – the Mediterranean diet.

Although there have been plenty of high-quality trials showing the health benefits of a Mediterranean diet, far fewer have looked at veganism, let alone tried to compare the two. But I did find one that was carried out a few months ago by researchers from Sheffield University.

For this study, the researchers asked 24 healthy volunteers to go on a Mediterranean diet or a vegan diet for a month.

What happened? Well, at the end of the month those on the vegan diet had lost just over 2 lb and seen some impressive drops in their cholesterol scores. 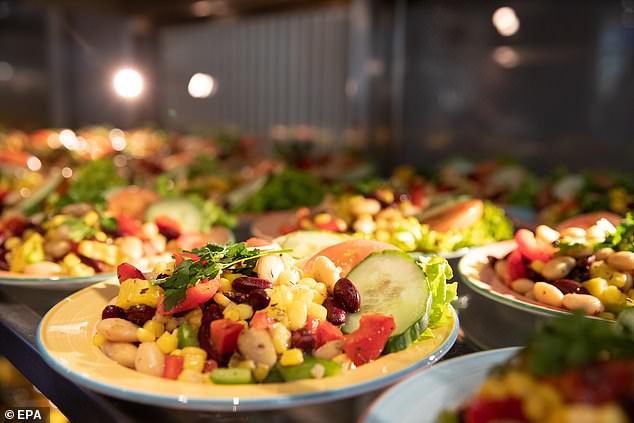 Blood taken from the vegan volunteers over the course of the month showed large falls in several important micronutrients, particularly iodine and Vitamin B12

Although those on the Med diet saw smaller weight loss, they did see some marked improvements in the flexibility of their blood vessels, which suggests that they had reduced their risk of heart disease.

So both diets turned out to be good for the heart, but in different ways.

The researchers, however, discovered a significant downside to going vegan. Blood taken from the vegan volunteers over the course of the month showed large falls in several important micronutrients, particularly iodine and Vitamin B12.

This was despite the fact that the volunteers were all given Vitamin B12 supplements at the start and encouraged to take them regularly. Iodine is found mainly in cow’s milk and white fish, and because we Brits don’t consume enough of either, we are among the most iodine-deficient people in the world.

This matters because your thyroid gland needs iodine to make thyroid hormones, which are vital for a healthy metabolism. Vitamin B12, which you find in meat and other animal products but not in any great amount in vegetables, is vital for lots of things, including keeping your brain in good shape.

The researchers pointed out that the sizeable reductions that they detected in this study ‘should be of concern to individuals who adopt a vegan diet, as poor micronutrient status can have severe health implications over the long term’.

The message is, if you want to go vegan, do keep a close eye on what you are eating. The Vegan Society website has useful information on how to ensure you are getting enough of the right nutrients in your diet.

Still want to go vegan? Here’s how to do it well

I have never tried going on a vegan diet, but a friend of mine, Dr Giles Yeo, a geneticist from Cambridge University, has.

A few months ago he decided to go vegan for a month and, as a scientist, he went about it in a very systematic way.

Do you have a question for Dr Mosley?

Email [email protected] or write to him at The Mail on Sunday, 2 Derry Street, London W8 5TT.

Dr Mosley can only answer in a general context and cannot give personal replies.

Before starting, he read lots of vegan cookbooks and got help from a leading dietician to make sure he was getting the right nutrients. He also decided to skip ready-made foods labelled vegan in the supermarkets and rely on cooking meals from scratch. Over four weeks he lost nearly 9 lb without really trying, and his total cholesterol score fell by 12 per cent.

Despite these benefits, he has decided not to remain a full-on vegan – ‘I like meat too much to give it up,’ he said. Instead, he’s become a flexitarian, trying to ensure that roughly a third of his meals are now vegan. His top tips?

Will I be going vegan? I think it is the right thing to do but, like Giles, I would struggle to give up meat entirely. So I’m going to try being a vegan for a few meals a week and see how I go from there.

A friend of mine, Patrick MacIntosh, has embraced veganism more wholeheartedly than Giles. Patrick went vegan after being treated for multiple cancers (bowel, skin and prostate) and believes his new diet helped his recovery. Is he right? Well, a recent study that compared vegans, vegetarians and meat-eaters concluded that a vegan diet does indeed cut your risk of developing cancer by about 15 per cent. Patrick’s advice? Grow as much of your own veg as possible. Beetroot and onions are easy, apparently.

After walking to the South Pole, Patrick is now raising money for the World Cancer Research Fund by cycling around the world. He set off from London a couple of days ago and hopes to reach Japan by September. Find out more at kmgfoundation.co.uk or follow him on Twitter – @kmgfoundation.