An Ohio teenager fell ill with flu on Christmas Eve. She died on New Year’s Eve.

In the last several weeks, nearly 40 children have died of the flu as the virus spreads across the US early.

Kaylee Roberts is among the latest children to succumb to the virus.

The 16-year-old had been otherwise healthy – though she hadn’t gotten a flu shot – then she started to feel sick four days before Christmas.

‘We knew she had the flu, but we figured it would knock her on her butt for a few days, and then she’d get better. We were never expecting such a grave outcome.’

The flu has ramped up much faster than usual this year, and it’s been particularly unkind to children.

An unusual strain – influenza B – has been unexpectedly dominant.

Children and teenagers’ immune systems are less likely to have been previously exposed to this strain, meaning they don’t have antibodies against it built up.

This strain has accounted for 28 pediatric deaths so far this year. Influenza A viruses have killed 11 children.

It’s not clear which strain of the virus Kaylee had.

Doctors know why B viruses tend to cause more infections – and more serious ones – in kids, but it’s not clear why the illness becomes so dire for some and not others, excluding children with otherwise weakened immune systems.

Kaylee toughed out her symptoms for a few days, but by late on Christmas Eve, her parents were getting concerned.

They rushed Kaylee to the ER. It didn’t take long for doctors there to confirm she had the flu.

Her uncle told CNN the doctors gave her dad a hard time about not getting Kaylee vaccinated against the flu this season. 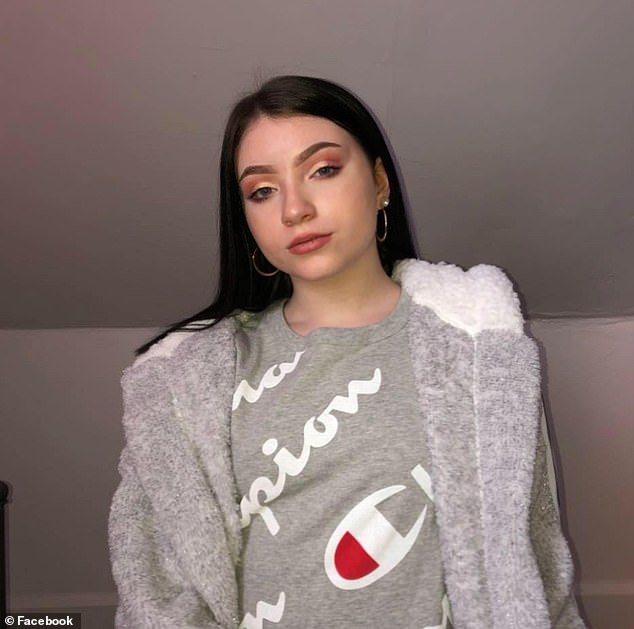 Despite being diagnosed with flu, Kaylee felt well enough to celebrate Christmas with her family after a trip to the hospital

The virus had left Kaylee quite dehydrated, so the hospital staff kept her overnight to put her on IV fluids.

In the morning, they sent her on her way with a Tamiflu prescription.

Fluids seemed to have done the teenager good. She even told her parents she was up for Christmas at her aunts house.

Her uncle remember the girl’s coughs that day and that she looked a bit sick.

‘I didn’t look at her and imagine that she’s near death.’

After a day of rest, Kaylee still seemed worryingly sick.

The following day, her parents took her to the ER once more. An X-ray image of her lungs looked fine. 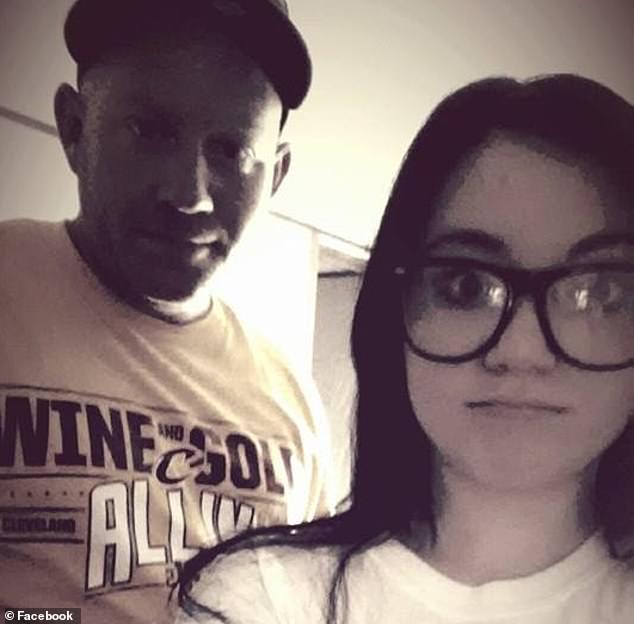 On December 30, Kaylee was diagnosed with pneumonia, a complication of her flu, and placed on a ventilator. By the next day, doctors told her father, Chris (right) that Kaylee was ‘gone’

But they didn’t stay that way for long. Two days later another X-ray at Rainbow Babies and Children’s Hospital in Cleveland showed the virus had triggered pneumonia.

Still, she managed to shoot a selfie, and the family was optimistic.

On December 30, she was suddenly unable to breathe on her own, and had to be intubated.

From then on, Kaylee was kept alive only by a ventilator.

The next day, the unthinkable happened.

Kaylee, who had seemed happy and healthy just a week prior was ‘gone,’ doctors told their family.

‘My brother called out, “No, what do you mean?” He was screaming and moaning and yelling. I’d never seen him like that,’ Matthew said.

‘We were all there when they took her off the machines.

‘I was trying to hold my brother up. He was breaking down because this was his baby. I was trying my hardest to stay strong and help him, but most of us just lost it.’

The family has set up a GoFundMe to help cover the costs of the treatment Kaylee received and her funeral.