A New Jersey woman thought her awful cramps were food poisoning – but when she ran to the bathroom she delivered a baby boy.

Patricia Crawford had no idea that she was pregnant before giving birth on March 28.

She and her husband, Evan Darragh, told News 12 New Jersey that they had been trying to conceive but thought their efforts had failed thus far.

Since the arrival of the new surprise member of their family, the Keyport, New Jersey couple has been rushing to stockpile baby clothes, diapers and more – and falling in love with little James.

Patricia Crawford (left) had no idea she was pregnant until she went to the bathroom with what she thought was food poisoning. Instead, she gave birth to her and her husband, Evan Darragh’s (right) first child, James (center) on March 28

On that fateful Thursday night, Patricia had hardly slept a wink.

Instead she was up with yet another upset stomach.

She’d had a few over the past few months, but this episode was particularly intense.

Patricia hadn’t hadn’t been particularly worried about her belly aches. Instead, she was preoccupied by the death of her father, on March 28, 2018.

‘I was kind of just getting through day by day, keeping myself as busy as possible. Just zooming around,’ she told News 12.

She did feel something like a flutter – perhaps the baby kicking in the womb – a few weeks back, but otherwise she didn’t seem to have pregnancy symptoms. 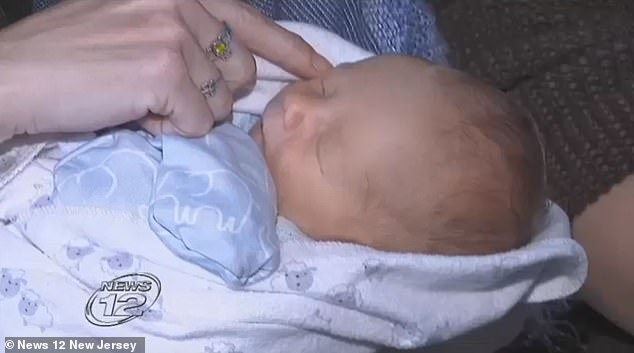 Baby James is named for his grandfather, who died exactly one year before Patricia unexpectedly gave birth to her son 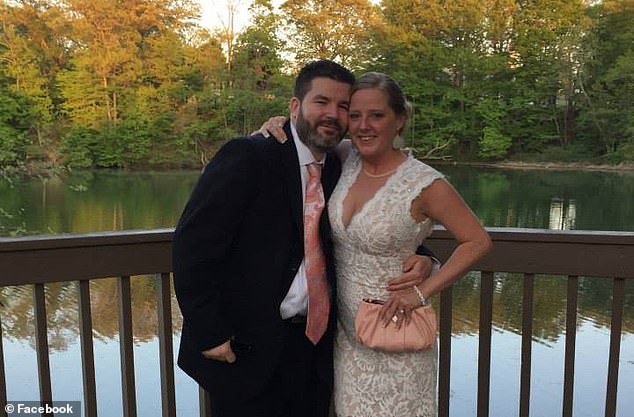 Evan (left) and Patricia (right) had been trying to conceive for some time, but had no idea their efforts had worked until Patrica unexpectedly gave birth last week

Most women realize they’re pregnant by their fifth or six week carrying a fetus.

But about one in every woman is estimated to not realize she’s going to have a baby until she’s been pregnant for 20 weeks or more.

A missed period is usually the first tell-tale sign, but, of course, some women have irregular periods or don’t get them.

Patricia simply didn’t know, so when she made a run to her bathroom on Thursday night, she wasn’t expecting anything unusual. 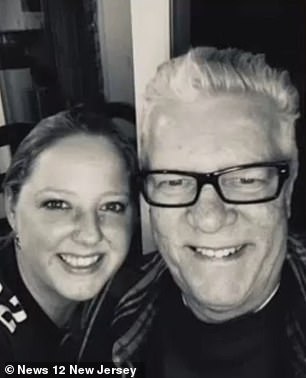 Patricia (left) said she might not have noticed her pregnancy symptoms because she was grieving the loss of her father, James (right)

But just before she got to the toilet, Patricia’s whole world came.

‘By the time I got back to the toilet area all of a sudden a baby came sliding out,’ she said.

The couple’s home was perfectly equipped for them, but there wasn’t a diaper, bottle, bib, pacifier or crib in sight.

Family and friends quickly came to their aid as the family settled into their new life.

Shocking as her son’s birth was, Patricia says it was serendipitous.

She and Evan have named the baby James, after Patricia’s father.

James came into the world exactly one year from the day his namesake died, at the very hour his grandfather would have been getting up for work.

‘I think my sister said it best. She [said] it was like my dad came from heaven and said “you will no longer be sad on March 28 every again,”‘ Patrica said.

‘And it’s really the best thing in the world.’