Pensioners are the most likely to have stockpiled items in preparation for a crisis, such as the current coronavirus pandemic, according to new research.

US scientists found households headed up by pensioners are the most likely to have items stockpiled ready for a disaster, such as bottled water, tinned food and a back-up generator.

Researchers analysed survey data from more than 16,000 people in the US, who were asked about their disaster preparedness in 2017.

Subjects were measured on their possession of nine items that indicated a level of preparedness, including emergency kits and food and water stockpiles.

US survey data from 16,000 households were used to identify socioeconomic and other factors associated with ‘disaster preparedness’

They then defined preparedness as meeting at least half of the criteria.

Overall, nearly 70 per cent of people fulfilled the criteria for overall preparedness  – but over-65s, men, and families without children in particular planned better for emergencies in terms of emergency kit and food, the study found.

‘We found that households where the head of the household is 65 years and older are more likely to be prepared for resource-based items. 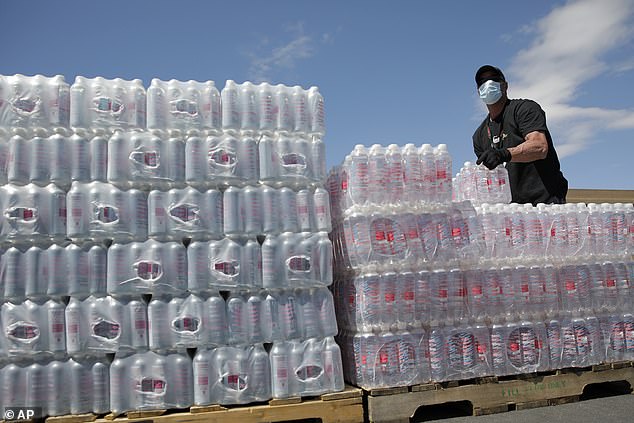 ‘I think our most important finding is that households treat preparedness items differently.

‘This is evidenced by the change in direction in the association with different household characteristics.’

The study tested associations of household characteristics – such as socioeconomic status and region – with disaster preparedness.

Out of the more than 16,000 households, two-thirds – 68.9 per cent – met at least half the criteria for preparedness, 53.9 per cent met four, five or six of the recommended items and only 3 per cent met all nine.

Study participants were also measured on their levels of ‘action-based’ preparedness for a disaster versus resource-based. 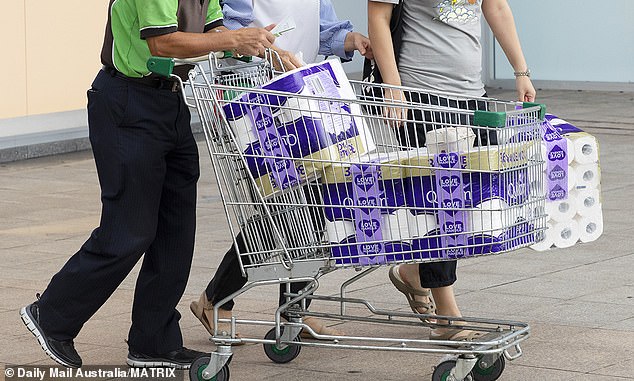 The elderly could be more guilty of stockpiling toilet paper, as seen during the current epidemic, the study suggests

While ‘resources’ include food stockpiles or a back-up generator, ‘actions’ include finding alternate communication methods and meeting locations.

Action-based items, ‘do not rely on material resources and thus are less likely to have economic limitations for fulfilment,’ than resource-based items researchers say.

But despite this, households were more likely to fulfil at least half of the criteria for resource-based preparedness (10,950 households, or 65.5 per cent) than action (6,876 households, or 41.1 per cent).

In other words, they were more likely to stockpile physical items like toilet paper, medical supplies and basic food supplies like flour, but less likely to make contingency plans or plan escape routes in the face of something like a natural disaster that disrupted communications.

Households with heads who were black were more likely to fulfil specific resource- and action-based items that were related to emergencies but did not require substantial resources, such as an alternate meeting location or back-up water supplies.

However, they were less likely to have resources that required larger financial investments, such as bigger food stockpiles, electric generators or an evacuation vehicle.

In their study, published in JAMA Open Network, the researchers say that targeted strategies are needed to promote preparedness across communities.

FOOD AND HOUSEHOLD ITEMS TO STOCKPILE IN A PANDEMIC

Soft drink or candy/chocolate for treats

Source: Virology Down Under by University of Queensland virologists Dr Ian Mackay and Dr Katherine Arden