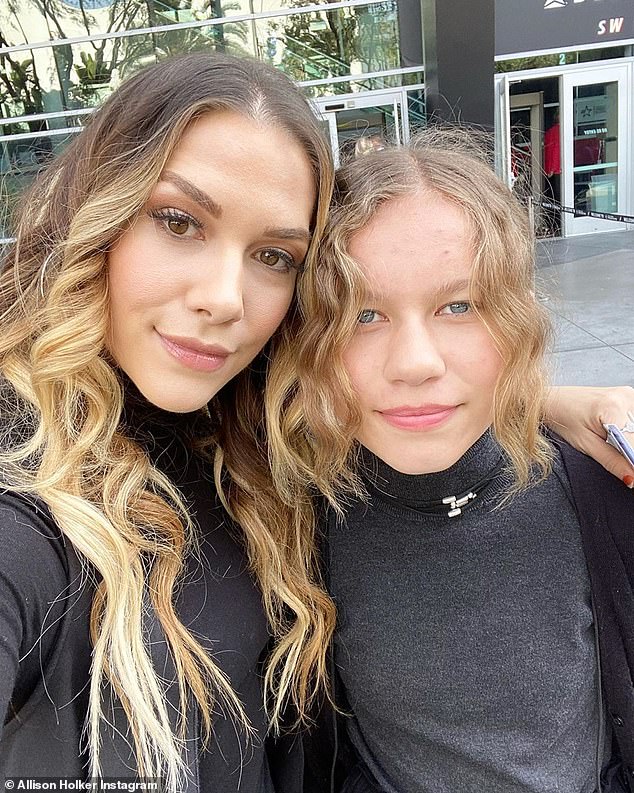 By Kevin Kayhart For Dailymail.com

Allison Holker couldn’t be more prouder of her 12-year-old daughter for standing up to social media trolls.

The Dancing With The Stars alum, 32, shared a clip of her first born, Weslie Fowler, who hit back at a naysayer who criticized her for dressing like a boy in her TikTok video.

‘Patriarchy is dead,’ the pre-teen responded, in reference to the idea that men hold the power in society and women are largely excluded from it.

‘Just because I don’t wear dresses and bright pink doesn’t mean I’m dressing like a boy.’

Scroll down to video

Proud mama: Allison Holker, 32, praised her daughter Weslie Fowler, 12, for ‘using her voice’ after she was criticized for dressing a like a boy

‘This is my style and I necessarily wear comfy clothes and darker colors, and just because I dress like that, doesn’t mean I’m dressing like a boy,’ Weslie explained with the confidence of a mature adult.

‘And it doesn’t mean that boys or girls are defined to wear certain things because of their gender. It doesn’t mean anything. Just because you can’t open your eyes, doesn’t mean I’m about to change.’

The So You Think You Can Dance all-star applauded her daughter by sharing the clip with her 1.9 million Instagram followers, along with some encouraging words.

‘Proud of my daughter for standing up for herself and using her voice,’ Allison captioned the video.

‘We need to stop trying to tear each other down … instead we should stand together understanding our uniqueness is beautiful! Love you.’ 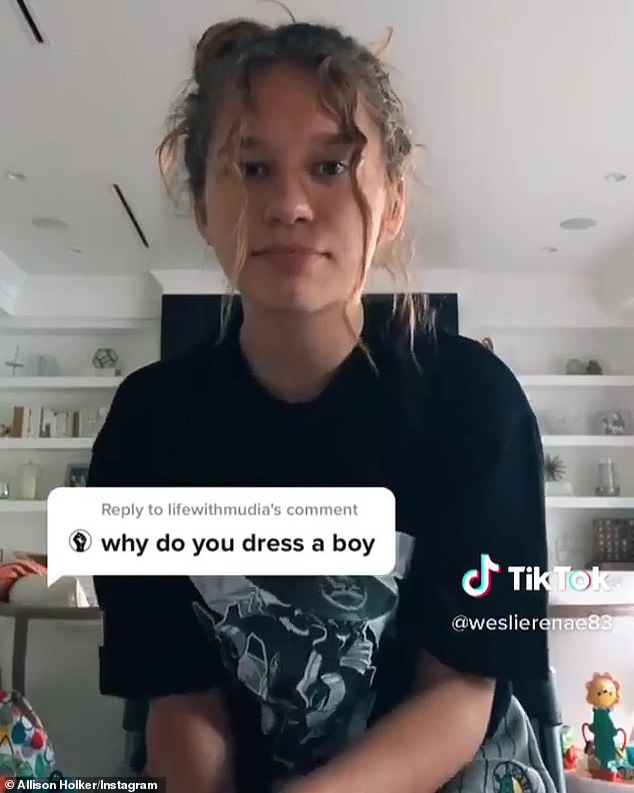 Mature: Weslie got straight to the point in a TikTock video that her mother shared on Instagram: Just because I don’t wear dresses and bright pink doesn’t mean I’m dressing like a boy,’ she began 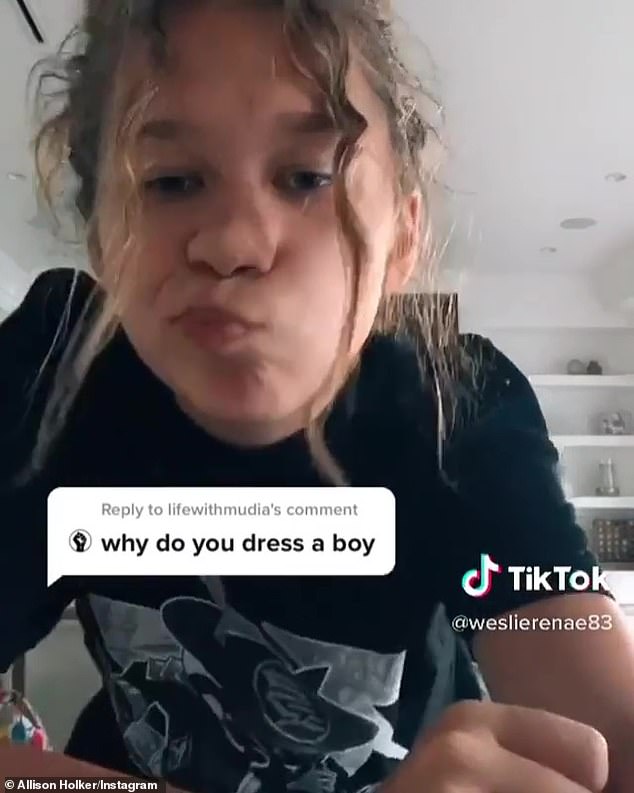 The response to the American dancer’s post in the comments section has been overwhelmingly positive.

One person wrote, ‘Atta girl,’ while a slew of other men and women just wrote ‘yes’ in solidarity with Weslie.

A particular lady couldn’t hold back her sheer emotion and wrote: ‘I feel like a proud mom and she’s not even mine… yes girl!’

And yet another supporter declared: ‘She’s gonna change the world.’ 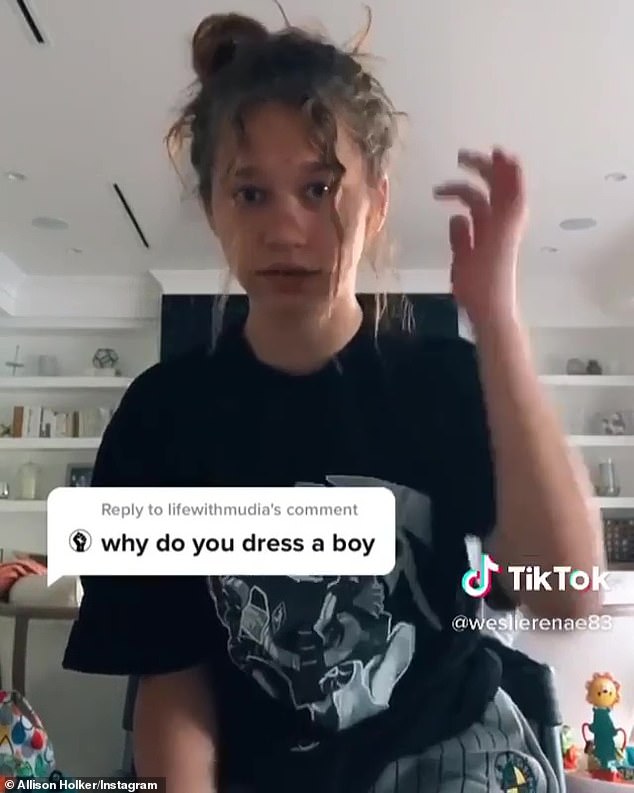 Words of wisdom: Weslie maintained that it boys and girls shouldn’t be defined by their cloths because of their gender 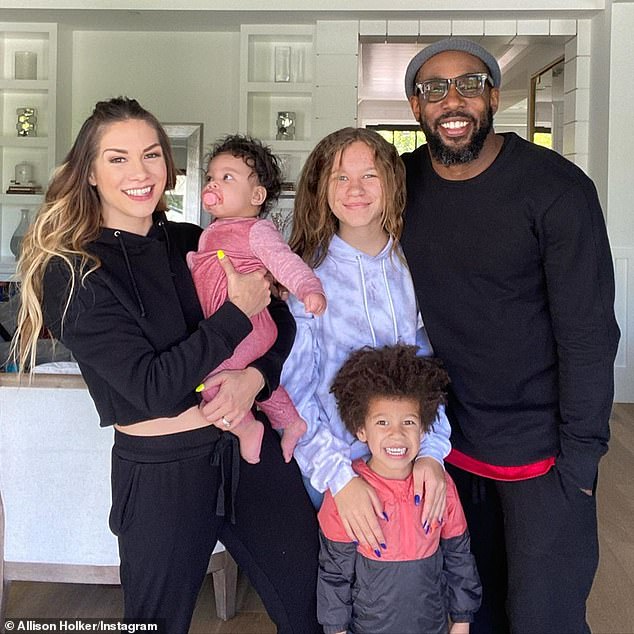 Growing family: Holker also has two children –Maddox and Zaia — with fellow So You Think You Can Dance all-star Stephen ‘tWitch’ Boss

Holker gave birth to Weslie Renae in 2008, when she was still together with her unnamed ex-fiancé.

She was later adopted by fellow So You Think You Can Dance all-star Stephen ‘tWitch’ Boss, after he married Allison in December 2013.

The couple has since become parents to their son Maddox, four, and daughter Zaia, seven-and-a-half-months. 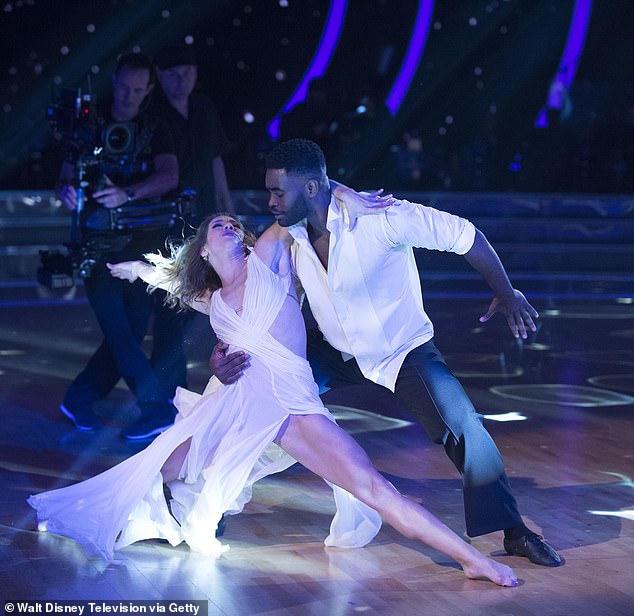 Busting some moves: Holker is best known for appearing of both Dancing With The Stars and So You Can Think You Can Dance