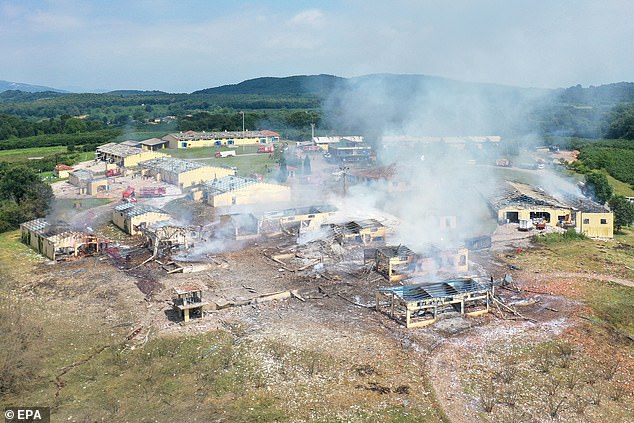 By Alice Cachia For Mailonline

Three people have been killed after a truck carrying fireworks away from a factory that blew up last week exploded in Turkey.

The three victims were all members of the Turkish security force, the Interior Ministry confirmed.

They were in a truck carrying explosives from the factory outside the town of Henkek, in the Sakarya province on the Black Sea coast, to a stone quarry.

The fireworks were due to be detonated in a controlled explosion, the ministry said.

The blast occurred as the explosives were being unloaded, injuring six more people in the process.

The truck explosion happened just six days after the firework factory experienced a series of large explosions last week (above), which killed seven people and wounded more than 120 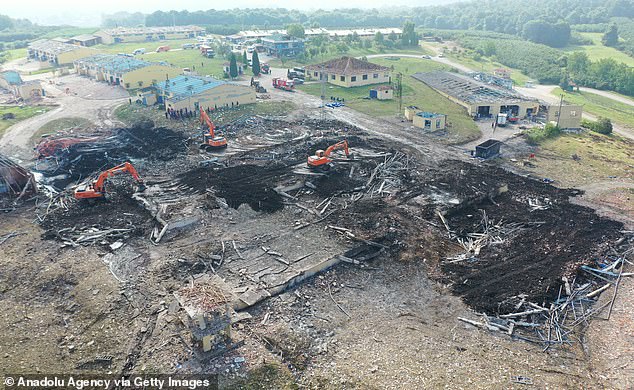 Two of those killed were from the explosives disposal team, the ministry added, and one of those injured remains in a critical condition.

The blast happened just six days after a series of huge explosions destroyed the fireworks factory, in the north west of the country, which killed seven people and injured more than 120. 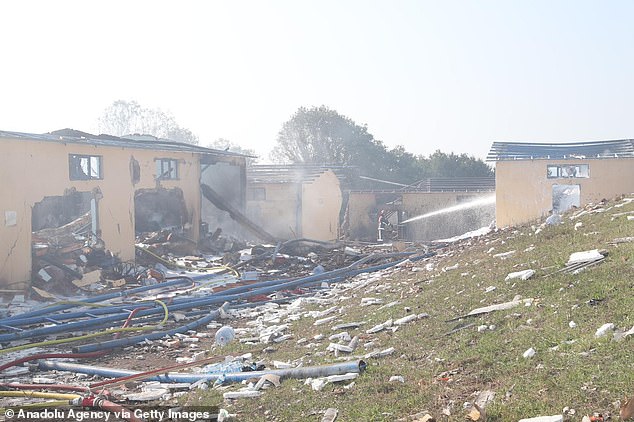 A view of the damage after an explosion at a firework factory in Hendek district of Sakarya, Turkey on July 3. The cause of the blast at the factory, which is away from residential areas, remains under investigation

Dozens of ambulances and two helicopters were among emergency vehicles sent to the complex to bring the blaze under control.

The cause of the blast at the factory, which is away from residential areas, remains under investigation.

Turkish officials launched an investigation into last Friday’s incident, which was described by the government’s disaster agency AFAD as an ‘industrial accident’.

Local media reported that two owners of the factory were detained this week.

The HaberTurk broadcaster’s website had reported that there had been previous explosions at the factory in 2009, 2011 and 2014, one of them fatal.