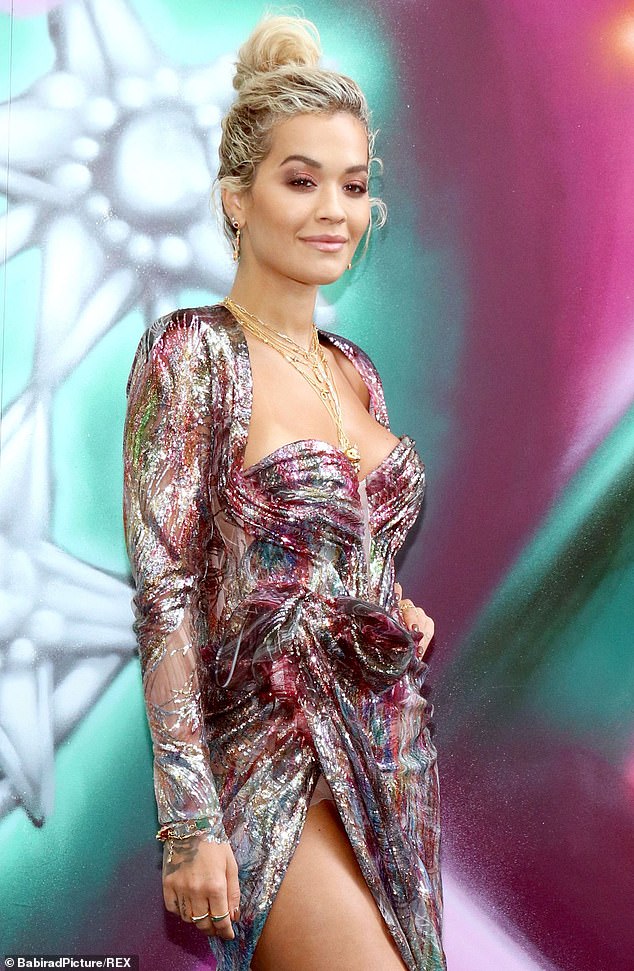 Musicians including Rita Ora and James Blunt have united to stand against racism after rapper Wiley’s anti-Semitic tweets.

In an open letter shared online, around 700 artists and label executives called for the British music industry to ‘wipe out racism’ and declared ‘silence is not an option’.

Others who have signed the powerful statement include Niall Horan, Little Mix, Lewis Capaldi, Labrinth and Chic star Nile Rodgers.

‘Silence is not an option’: Rita Ora is one of around 700 artists who has signed an open letter calling for racism to be ‘wiped out’ in the British music industry after Wiley’s anti-Semitic rant

The letter read: ‘We, the British music industry are proudly uniting to amplify our voices, to take responsibility, to speak out and stand together in solidarity. Silence is not an option.

‘There is a global love for music, irrespective of race, religion, sexuality and gender. Music brings joy and hope and connects us all.

‘Through music, education and empathy we can find unity. We stand together, to educate and wipe out racism now and for our future generations.’

The letter went on to explain why the high-profile artists have decided to speak out, referencing police brutality in America and anti-Jewish racism shared online. 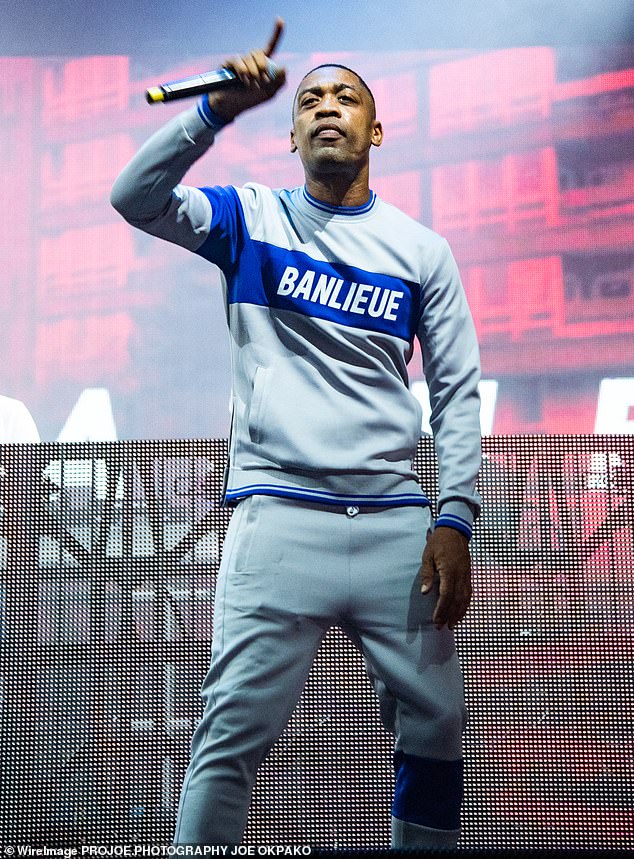 Rants: The statement comes after Grime artist Wiley apologised for ‘generalising’ during a series of tweets in which he appeared to blame ‘a community of Jewish lawyers’ in the music industry for ‘using systemic racism’ against black artists

It read: ‘In recent months through a series of events and incidents, the anti-black racists and antisemites, plus those who advocate islamophobia, xenophobia, homophobia and transphobia, have repeatedly demonstrated that they clearly want us all to fail.

‘Whether it be systemic racism and racial inequality highlighted by continued police brutality in America or anti-Jewish racism promulgated through online attacks, the result is the same: suspicion, hatred and division.

‘We are at our worst when we attack one another. Minorities from all backgrounds and faiths have struggled and suffered. 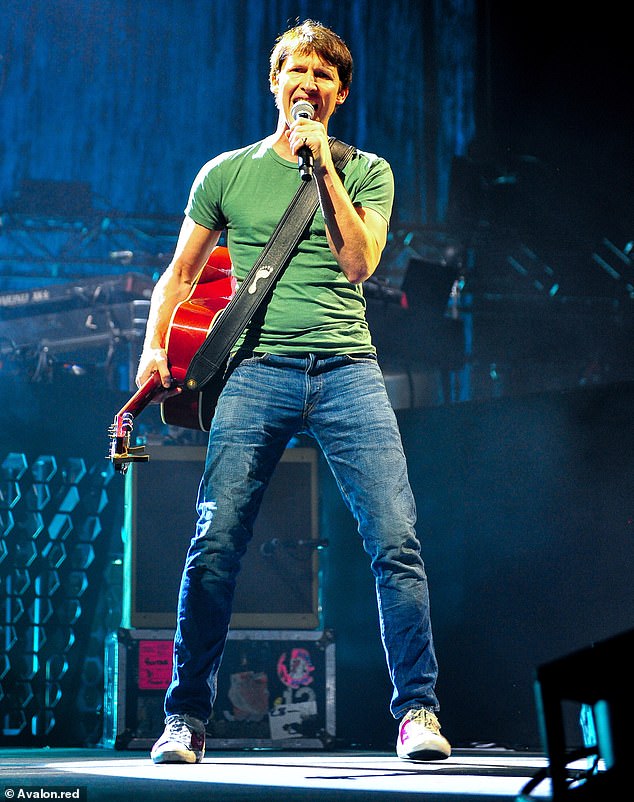 ‘From slavery to the Holocaust we have painful collective memories. All forms of racism have the same roots — ignorance, lack of education and scapegoating.’

As well as singers and songwriters, several labels such as Island Records have also signed the open letter and shared it on their social media accounts

Using the #NoSilenceInMusic, dozens of musicians and music companies have shown their support for the anti-racism movement.

This is not the first time the music industry has stood together in an attempt to ‘wipe out racism’ and in the 1970s concert Rock Against Racism was staged. 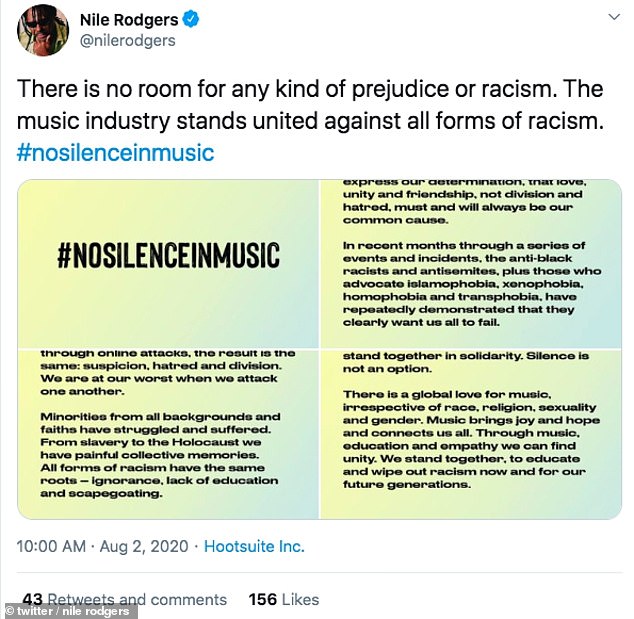 Taking a stand: Nile Rodgers is among those who has signed the open letter and also shared the message to his Twitter account on Sunday 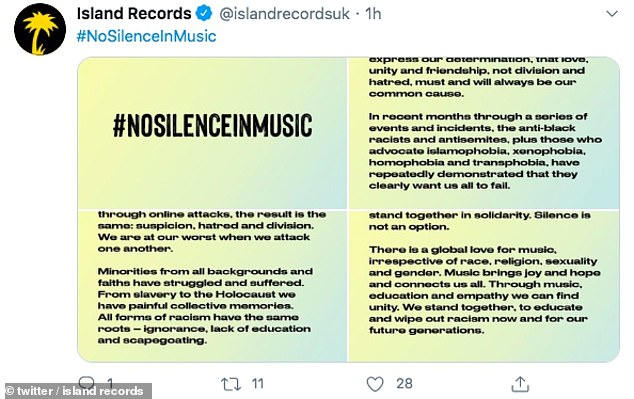 All together: Island Records also shared the powerful statement along with the hashtag No Silence In Music

However this move comes after a period of heightened political activism following the death of George Floyd in Minneapolis, US.

The black man died after a police officer knelt on his neck for nearly nine minutes despite him repeatedly saying he couldn’t breathe.

And in the UK many have condoned grime star Wiley’s recent tweets in which he appeared to blame ‘a community of Jewish lawyers’ in the music industry for ‘using systemic racism’ against black artists.

Wiley has since apologised for ‘generalising’ during his anti-Semitic social media rants which prompted Twitter to permanently suspend his account. 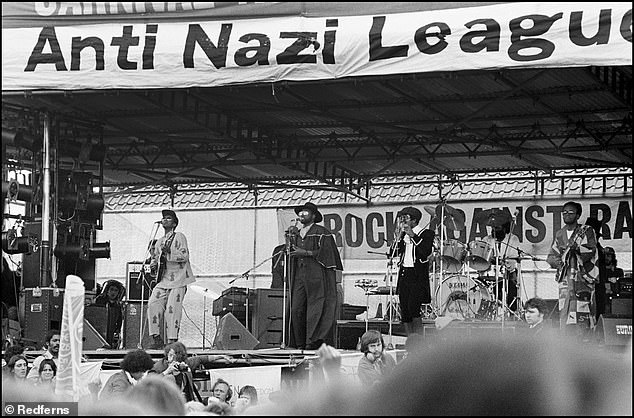 Throwback: This is not the first time the music industry has stood together in an attempt to ‘wipe out racism’ and in the 1970s concert Rock Against Racism was staged 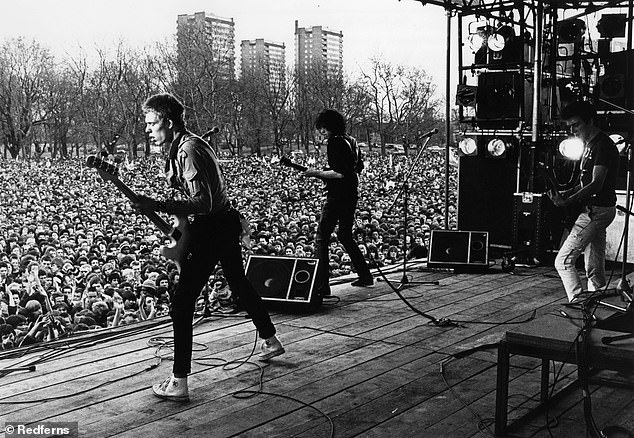 Making a difference: The Clash are pictured performing during the Rock Against Racism concert at Victoria Park in Hackney in 1976

The musician, 41, said that the argument should have stayed between himself and his manager, John Woolf.

‘I just want to apologise for generalising and going outside of the people who I was talking to within the workspace and workplace I work in,’ he said.

Wiley also appeared to try to justify his provocative comments by suggesting ‘the Jewish community is powerful within the music business.’

Tweets: Wiley shared a series of anti-Semitic posts on Friday July 24. The comments made on Twitter and Instagram are being investigated by the Metropolitan Police

The musician, whose real name is Richard Cowie, was widely condemned for a series of anti-Semitic posts he made on social media, including a video shared last Friday telling Jews to ‘crawl out from under your little rocks.’