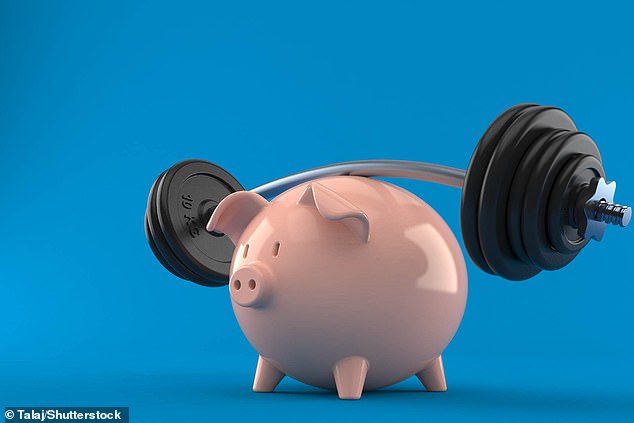 Households get their finances into shape over lockdown: Experian finds customers cleared nearly £2,000 of debt each between March and June

By George Nixon For Thisismoney.co.uk

Borrowers used Britain’s three months of lockdown to get on top of their debts and pay close to £2,000 off their credit cards and other borrowing, new figures suggest.

Data from the credit reference agency Experian found the amount customers of its £14.99 a month Credit Expert subscription service owed in non-mortgage borrowing fell from £11,615 to £9,681 between the 23 March lockdown and 8 June.

Meanwhile the percentage of those customers who owed more than £30,000 fell by a third to 8.6 per cent over the same period, as those who found themselves with more disposable income used it to clear outstanding debts.

Experian did not disclose how many customers paid for the subscription service, which offers a 30-day free trial and provides tips on how to improve credit scores, but said it was a sizeable proportion of its 8million UK customers and was broadly reflective of British borrowers.

Official figures have revealed how Britain became a nation of ‘accidental savers’ during the coronavirus lockdown, with 22 per cent of household weekly spending usually going on activities that were largely restricted.

As a result, £57.3billion was saved by households in March, April and May, according to the Bank of England, while new borrowing massively slumped and five years of credit card debt was repaid in just five months between February and June.

Earlier this week Britain’s credit card and loan borrowing was predicted to fall by 16 per cent this year and not return to 2019 levels until 2022, according to a forecast from EY ITEM Club.

James Jones, Experian’s head of consumer affairs, said: ‘For some people, a reduction in spending has enabled the repayment of existing borrowing and a knock-on improvement in credit scores.’

However, recent Bank of England figures also suggest households have begun to borrow again. Between March and May households paid back £15.6billion more than they borrowed, but this fell to £86million in June as more lockdown restrictions were eased.

Sarah Coles, a personal finance analyst at DIY investment platform Hargreaves Lansdown, said: ‘Two thirds of people plan to keep to some of the money-saving habits they built during lockdown, but this isn’t going to stop borrowing returning to pre-coronavirus levels eventually.

‘The question is just how long it’s going to take.’

James Jones added: ‘As the UK slowly begins to return to some sort of normality, people should continue to practise the good financial habits they have adopted during the lockdown, especially when it can have positive impacts on your credit report and score.

Although Experian and Equifax, another of Britain’s big three credit reference agencies, do offer monthly subscription services, consumers can look at their credit report for free if they need to by requesting a copy of their statutory report.

This report shows details of bank accounts, mobile phone contracts, credit cards or other borrowing taken out which is registered at your address.

It can either be viewed online or sent in the post, although Experian warn postal applications may take longer to arrive at the moment. Consumers can also request their report from the third of the big three, TransUnion, online or by post.

TransUnion said one in three UK consumers had checked their credit score over lockdown, with 4million doing so for the first time.

THIS IS MONEY’S FIVE OF THE BEST CREDIT CARDS