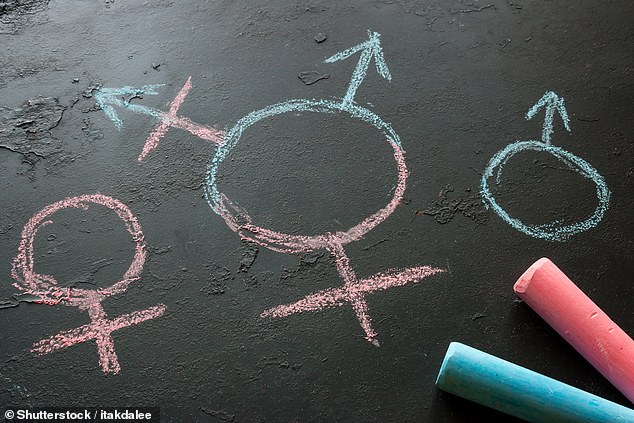 Transgender people should be allowed to change their gender without a doctor’s consent in the UK, the British Medical Association has said.

Doctors backed a proposal at the BMA’s general meeting yesterday which asked the Government to pursue a ‘simplified’ way for transgender and non-binary individuals to gain legal recognition of their gender.

At present, individuals in Britain need a diagnosis of gender dysphoria in order to legally change their gender under the Gender Recognition Act.

But the BMA hopes the Government will adopt models in place in the Republic of Ireland and Denmark which allow individuals to gain legal recognition of their gender through a witnessed sworn statement.

Transgender people should be allowed to change their gender without a doctor’s consent in the UK, the British Medical Association has said. Pictured: File image

In a background briefing of the motion published yesterday, the BMA also affirmed the right of transgender and non-binary individuals ‘to access healthcare and live their lives with dignity.’

The BMA added many find the process ‘too bureaucratic and expensive’.

Applicants must have been diagnosed with gender dysphoria, be over the age of 18 and have lived in their gender for more than two years to apply.

Those hoping to change gender must also pay £140 and state that they intend to live in their gender for life.

The motion – which was passed by a narrow margin – also called on the Government to allow transgender individuals to ‘receive healthcare in settings appropriate to their gender identity’.

It also asked that ‘transgender healthcare workers are able to access facilities appropriate to the gender they identify.’

The BMA did, however, admit the motion is not ‘uncontroversial’, writing: ‘The involvement of doctors or other health professionals who have experience in working with those with gender dysphoria may enable discussions about emotional and physical wellbeing that may be helpful to the transgender person.’

Dr Helena McKeown, chairman of the BMA representative body, told the Telegraph:  ‘We oppose discrimination of all kinds and are committed to ensuring universal access to healthcare for all on the basis of clinical need.

‘Receiving any medical treatment can be stressful for patients and so it is important for individuals to receive healthcare in settings they feel comfortable with.

‘This applies to transgender as well as cis individuals.’

Eloise Stonborough, Head of Policy and Research at Stonewall, told MailOnline she welcomed the BMA’s affirmation as the current process for gender recognition is ‘demeaning and out of step with international best practice.’

‘It’s great to see the British Medical Association affirm that trans and non-binary deserve to be recognised for who they are without a medical diagnosis,’ Ms Stonborough added.

‘Last year, the World Health Organisation recognised that being trans is not a mental illness.

‘That’s why we’ve been urging the Government to introduce a de-medicalised system of self-determination for gender recognition and we’re glad to hear the British Medical Association is now calling for a similar system.

‘The current Gender Recognition Act is out of date and equality for trans and non-binary people is well overdue.’

Currently, to apply for a Gender Recognition Certificate in the UK an individual must prove they have lived for two years in their chosen gender.

The Gender Recognition Act states a person must also be over 18, pay £140, and declare they intend to live as this gender for the rest of their life.

In 2018, Theresa May’s Government drew up measures which would have enabled transgender individuals to change their birth certificate without a medical diagnosis. 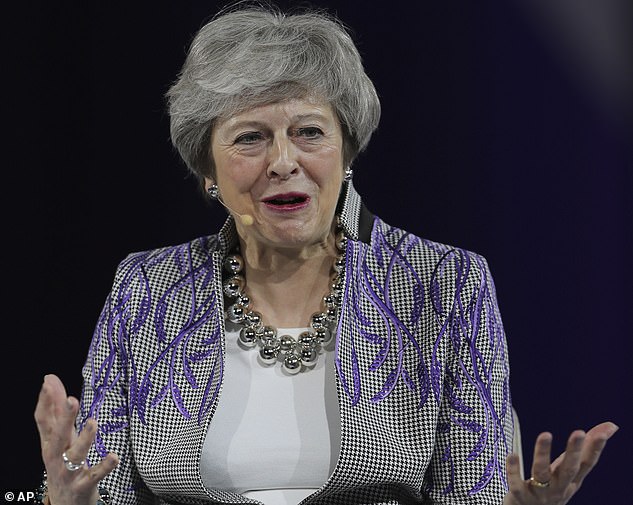 In 2018, Theresa May’s Government drew up measures which would have enabled transgender individuals to change their birth certificate without a medical diagnosis 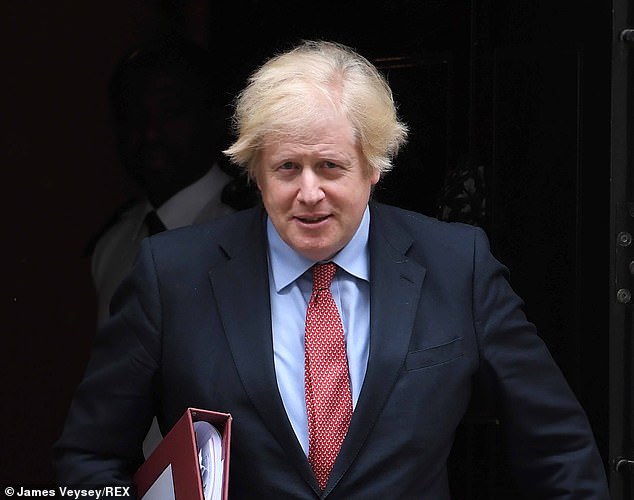 However, it was reported in June that these plans had been ditched by Boris Johnson

However, it was reported in June that these plans had been ditched by Boris Johnson.

Instead, The Sunday Times claimed ministers planned to announce a ban on ‘gay cure’ therapies, in what was described as an attempt to placate LGBT people.

At the same time, the Government was said to be preparing to set out new safeguards to protect female-only spaces – including refuges and public lavatories – to stop them being used by those with male anatomy.

The details were said to be contained in a leaked paper setting out the Government’s long-delayed response to a public consultation on the Gender Recognition Act.

The Sunday Times said the paper was ‘basically ready’ and was being slated for publication by the equalities minister Liz Truss at the end of July before MPs break for the summer.

A No 10 source said that the details of the response were yet to be finalised, and the Prime Minister would have the final say on the recommendations.