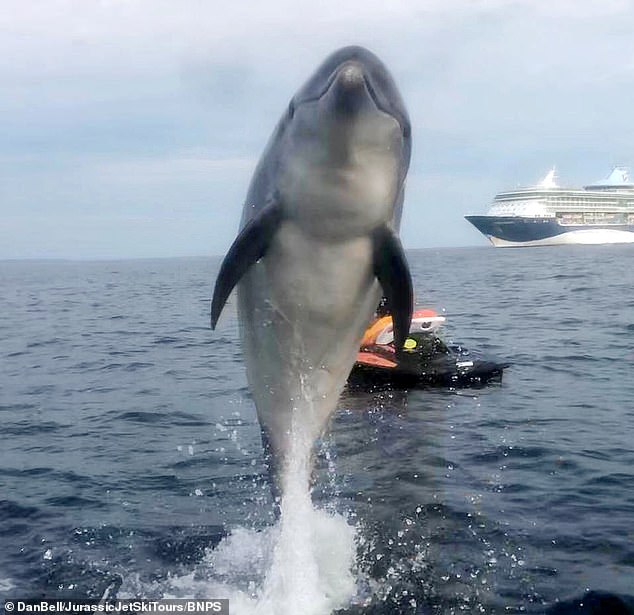 There’s some fin in the air tonight! Danny the Dolphin leaps from the sea next to startled jet-skiiers off the coast of Weymouth

By Jack Newman For Mailonline

Jet-skiers got a thrill when a playful dolphin leapt out of the water to greet them – even shooting them a smile.

The friendly mammal seemed to relish the attention as he jumped 5ft through the air right in front of the onlookers on water crafts.

The common dolphin has been enchanting people on jet ski tours off Weymouth, Dorset, in recent weeks.

I’m having some dol-fun: Danny the dolphin leaps from the English Channel off Weymouth 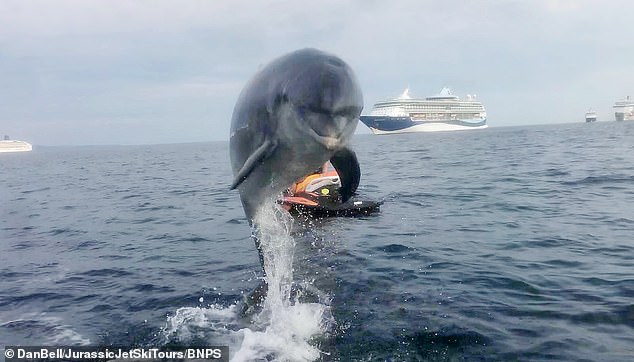 He has been given the name Danny and even has his own Facebook fan page with over 4,000 members.

Dan Bell, an instructor at Jurassic Jetski Tours, said: ‘Danny knew we were out in the water.

‘We got some amazing shots. He certainly isn’t camera shy around us.’

Danny is said to enjoy the sensation of the jet of water from the high-speed crafts on his belly. 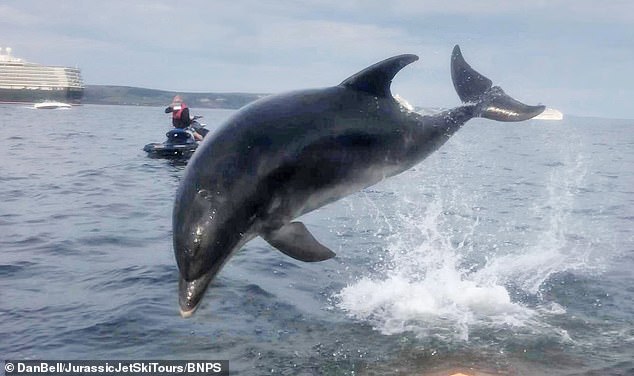 Taking the plunge: Danny the dolphin dives back to the depths after his dazzling display

Common dolphins typically measure about 6ft and have a dark back and a white belly. They make their home in warm temperate water.

The photos were taken on Tuesday evening.