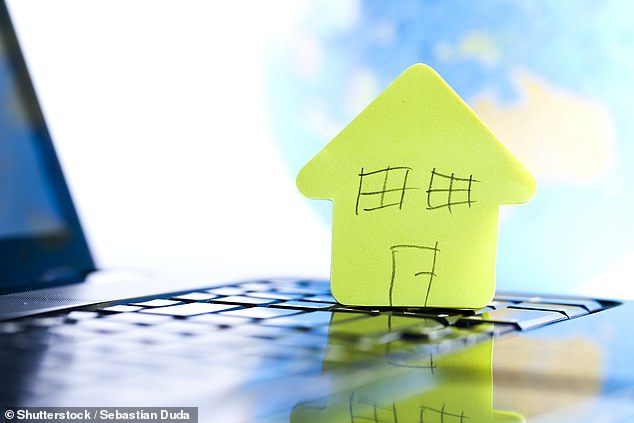 RACHEL RICKARD STRAUS: FCA wants to ban insurers from charging existing customers more than new ones – but they will keep trying to rip us off

If you’re like me, you love the satisfaction of getting a good deal on your home or car insurance. The shopping around, the haggling – and the nice chunky saving at the end of it.

But do you ever get a niggling feeling that those bargains are being paid for by someone else?

Well, now we know they are.

House proud: For years, we have warned that insurers give better deals to those who shop around

For years, The Mail on Sunday has warned that insurers give better deals to those who shop around, while hiking prices for loyal customers. We’ve campaigned tirelessly against this deplorable practice, which is known in the industry as ‘price walking’.

Then, last week, a report from the Financial Conduct Authority regulator revealed just how twisted the insurance industry has become: so desperate are insurers to lure in new customers that they willingly make a loss in the first year of many policies they sell.

To make up for those losses, they overcharge their longest-standing customers who are typically over the age of 65. That is a shameful abuse of loyalty and trust.

In one example the FCA gave, new customers pay on average just £56 for home contents insurance while those who have stuck with their provider for more than five years pay £138.

The FCA wants to ban insurers from charging existing customers more than new ones.

Quite right, too. Yet the mind boggles at why it has taken this long – it’s the most simple and obvious solution and one The Mail on Sunday has advocated time and again.

The move will mean the bills of loyal customers should fall over time. Six million policy holders who are currently overcharged could save around £1.2billion in total.

By the same token, though, customers like me could see bills rise. Extra costs are never welcome – but at least finding a good deal in future will taste sweeter knowing it isn’t being paid for by someone else.

You can be sure insurers will find other sneaky ways to squeeze us for profit.

Here’s the latest trick I’ve spotted. When renewing my home insurance recently, I was quoted £50 more than last year and naturally got on the phone to question why – and ask for a better deal.

While on hold, a recorded message said: ‘Please be aware we have no further discounts available to our customers over the phone.’

I thought about hanging up there and then, but when I got through they offered to knock a bit off my bill within minutes.

Was that recorded message just a sneaky ploy to put me off trying to haggle? I’ll let you be the judge.

I don’t think we’ve heard the end of the insurance rip-offs by any stretch. So if you spot an insurer using an inventive way to wriggle out of paying a fair rate, please let me know and we’ll investigate.

Since Edmund Tirbutt wrote in these pages earlier this month about his battle with NS&I to cash in his Premium Bonds, we’ve received a deluge of letters from readers who’ve suffered similar fates.

Day after day, NS&I woes have poured into our [email protected] inbox. Some are bemusing, such as the 90-yearold who received 35 prizes in the post at once – all in separate envelopes.

Others a r e heart-breaking, such as the bereaved being left stuck for hours on hold to NS&I customer service trying to tie up the affairs of their loved ones.

In some ways, it’s understandable that NS&I is struggling – after all, working under the pressures and restrictions of Covid-19 isn’t easy and NS&I has seen an increased workload as savers have flocked to its accounts.

But that does not excuse its lack of courtesy. Keeping a recently bereaved widow on hold for an hour rather than phoning her back is simply not on. Nor is forcing a customer who has been overcharged to wait days or weeks to be reimbursed while their bank account is overdrawn. We expect more from a Government-backed savings provider.

Thank you to everyone who helped shine a light on the problems at NS&I – and please keep on telling us when you spot financial companies behaving badly.