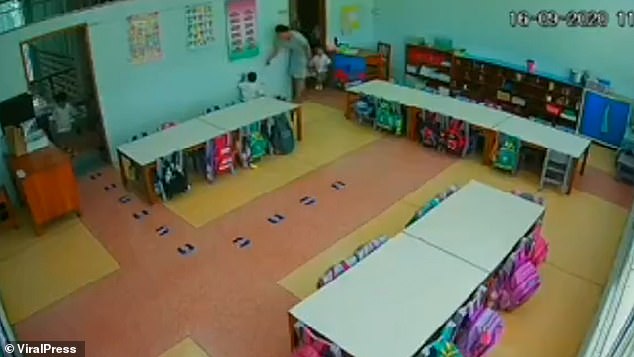 A mother’s revenge: Furious woman attacks teacher as parents are shown CCTV of her beating their children at a Thai nursery

By Ryan Fahey For Mailonline

This is the moment a furious mother attacked a teacher who was caught on CCTV assaulting children at a Thai nursery.

In one of the videos, the angry teacher scolds a little girl, who was aged between three or four years old, in front of the class before shoving her to the ground.

The hidden camera was installed after the parents went to complain to the board at the Sarasas Witaed Ratchaphruek School. 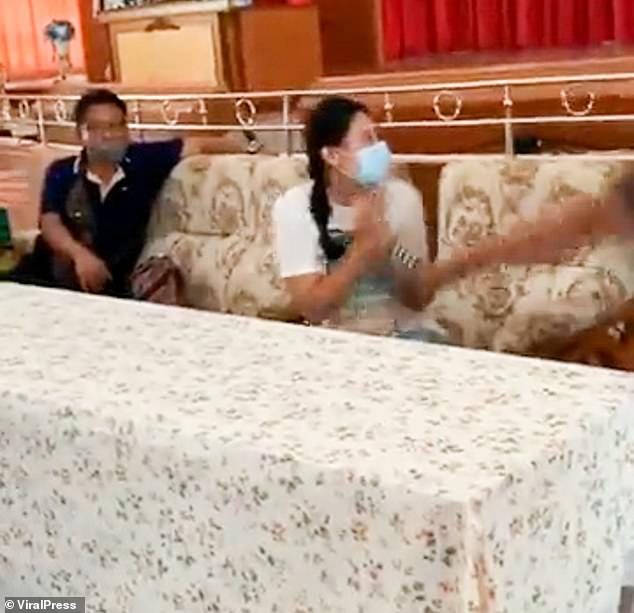 When they checked the CCTV again, the horrified parents saw the teacher banging the students’ heads on their desks, twisting their ears until they cried, and locking them in the toilet.

A school meeting was held with the parents on September 24 and the teacher admitted manhandling the children.

However, the angry mob of parents attacked the teacher while the other staff tried to calm them down.

The parents and the school reported her to the police later that day before she was charged with physical assault and illegal detention for when she locked the students in the toilet.

Regional police commander Ampon Buarabporn said a court summons has already been issued for the teacher.

He said: ‘According to the evidence, It is apparent that the teacher used excessive force against the children.’ 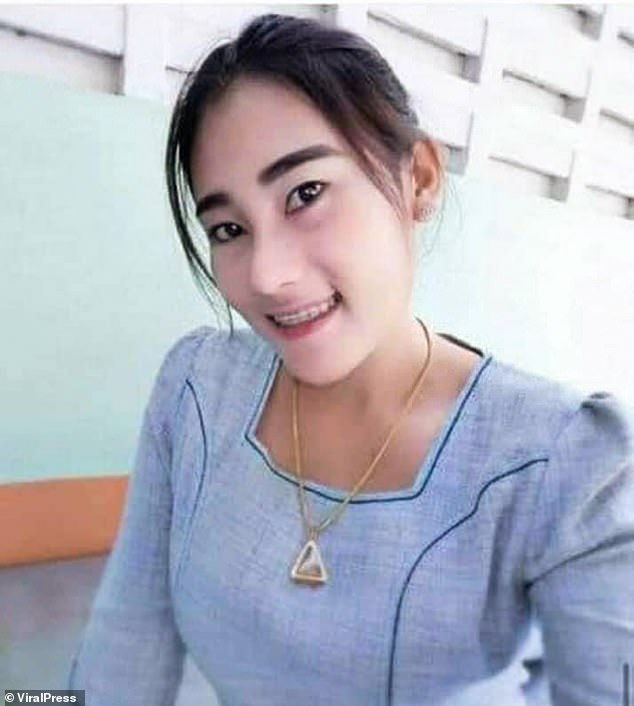 Teacher Ornuma Ploadpronga, who is currently under police investigation for physical assault and illegal detention for when she locked the students in the toilet

Ampon added that all of the students in the class will undergo a psychological evaluation with childcare specialists to see if they suffered any lasting trauma.

He said: ‘The child protection team will talk to the child to assess her mental wellbeing.

‘If any of the children are found to be mentally affected, investigators will issue more charges against the teacher.”

Ornuma was also allegedly teaching under a fake teacher’s license which will also be added to the list of charges against her.

The sacked teacher is still unreachable and missing from her residence.

Meanwhile, police said that investigations into the alleged cruelty were ongoing.