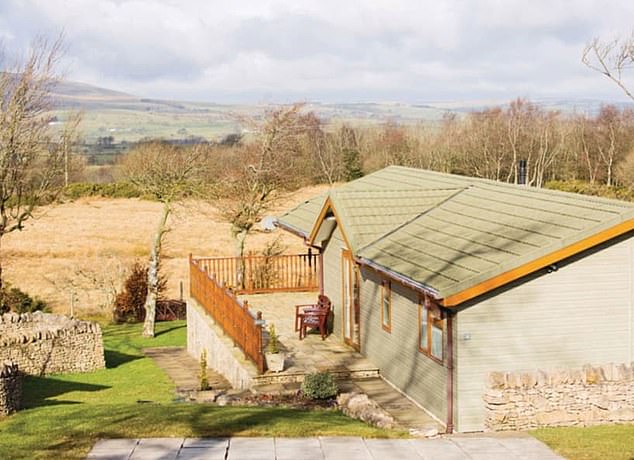 Tony Hetherington is Financial Mail on Sunday’s ace investigator, fighting readers corners, revealing the truth that lies behind closed doors and winning victories for those who have been left out-of-pocket. Find out how to contact him below.

C.H. writes: Some time ago my family booked three lodges from Hoseasons in Cumbria at a cost of £250 per lodge.

I then developed Covid symptoms, so my family and I self-isolated, and my daughter contacted Hoseasons to try to move the booking to a later date.

Hoseasons publicly announced there would be no charge for changing booking dates, but in fact they are charging an additional £100 per lodge on the excuse that this will be what they will charge next year – an increase of 40 per cent.

Shock: Rent for Hoseasons lodges near Ullswater went up by 40 per cent when booking was moved to 2021

You and your family booked to spend a few days at Thanet Well Lodge Retreat, in lovely countryside near Ullswater, but when you showed symptoms of Covid you did the right thing and your whole family self-isolated.

Staff at Hoseasons were understanding. You still wanted to make the trip as a family, so you transferred the booking to March of next year, by which time we can all hope that things will be more normal.

The fly in the ointment was the extra charge of £300, levied on the grounds that Hoseasons was simply giving its prices a mighty boost for 2021. But what was doubly irritating was the holiday company’s advertised claim that anyone whose booking for 2020 could not go ahead because of the pandemic could switch their reservation to 2021 without paying anything more.

So what went wrong? I asked Hoseasons to look into this, and the explanation is that it all comes down to timing. The company’s deputy managing director, Mark Sowersby, told me: ‘The customer transferred their break before lockdown and the subsequent introduction of our price match promise.’

In short, you caught Covid too soon, and when you switched your booking to next year, Hoseasons had not yet made the decision to pledge there would be no extra charges. Happily though, Mark saw the unfairness in this, and added: ‘We are currently dealing with a huge number of enquiries but we will contact the customer and honour the price match or offer a full cash refund.’

I think I would have opted to rebook at the lower price. We all need something to look forward to in 2021. But you have chosen to take the refund and draw a line under the matter, and you have confirmed to me that the cash has reached you.

Mrs J.G. writes: My husband has a small pension which for years has been paid into an account at the Post Office.

The payer of the pension wrote to say they were no longer dealing with the Post Office, so since last April the pension has gone into our joint bank account.

However, a large sum was left in the Post Office, so I wrote a letter – which my husband signed – asking for the balance. But the Post Office refused to transfer it to our bank account. 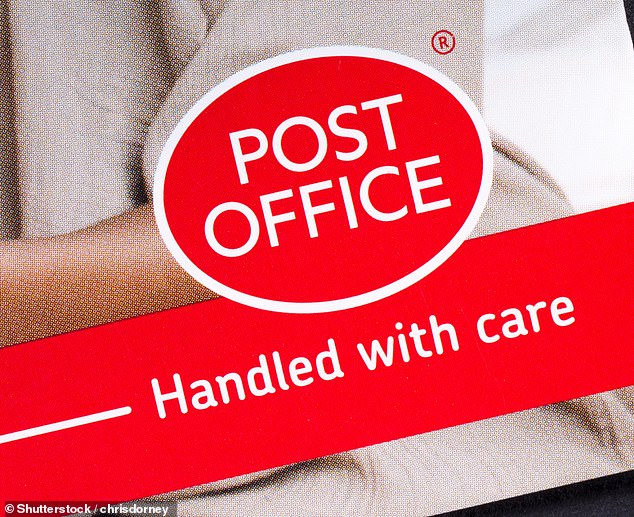 Rejection: The Post Office suspected Mrs J.G. was trying to defraud her husband

The Post Office suspected you were trying to defraud your husband. After receiving his transfer request, he was asked to telephone officials who put a series of questions to him to check they really were speaking to your husband.

He answered every question except one. When he hesitated, the Post Office staff heard you in the background prompting him with the right answer, and they threatened to end the call. =

As it was, you got to the end of the call and were told that your husband would be sent a new account closure form which he had to complete and take to your local Post Office branch. He did this, but then received the same rejection letter as the first time.

I asked staff at the Post Office headquarters to look into what happened, but rather than explain why your husband was refused his own money, they took just 24 hours to do a complete U-turn, close the account and transfer all the funds to your bank.

A Post Office spokesman told me: ‘We do put steps in place to guard against fraudulent activity. We are sorry that the controls in place impacted upon the customer and their family.’

J.S. writes: Last year, I received a delivery of a Samsung S10 mobile phone. With it was a Virgin Media (VM) contract taken out in my name and address by someone in Leeds. I have never been to Leeds.

I immediately reported the suspected fraud to VM and was told they would get back to me, but what I received was a letter confirming that VM had approved my direct debits. The account details were not mine, so I contacted the bank in question and was told there was no such account.

At VM’s request, I returned the phone. I also informed the police. But since then there has been a lengthy exchange of letters, with VM claiming I owe them money.

When an unexpected item is delivered, it is usually followed by a knock on the door from the fraudster, who explains that he has the same name as you and the delivery firm made a mistake with the address so please hand over the goods. Perhaps the crook who ordered the phone lost his nerve and failed to go through with it.

This does not explain Virgin Media’s mistakes though. You sent me a fat file of correspondence spread over many months, ending with a demand for £14 and a threat to call in debt collectors. VM has admitted it actually took its staff a whole year to close the crooked account.

A spokesman told me: ‘Mr S was incredibly diligent and did everything right in notifying us and the police of this fraudulent transaction.’ VM has now contacted you with a full apology and £100 to make up for the worry. And I have been promised the £14 bill has been scrapped.

If you believe you are the victim of financial wrongdoing, write to Tony Hetherington at Financial Mail, 2 Derry Street, London W8 5TS or email [email protected] Because of the high volume of enquiries, personal replies cannot be given. Please send only copies of original documents, which we regret cannot be returned.