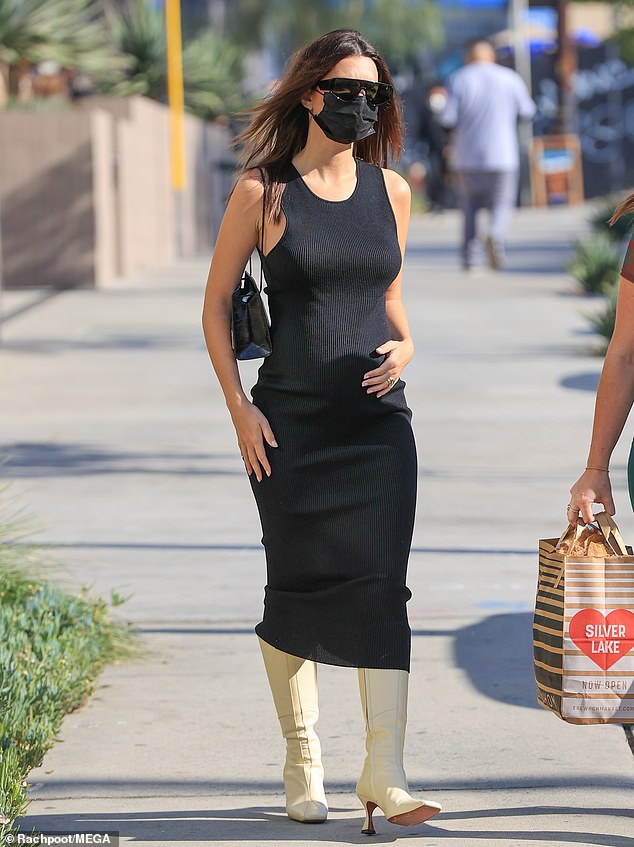 Emily Ratajkowski stepped out in a body hugging black dress that showed off growing stomach on Saturday.

The 29-year-old pregnant model has been keen to flaunt her bump on social media since announcing her pregnancy in late October.

Only a few months pregnant, Emily showed off her burgeoning belly as she picked up groceries from trendy market Erewhon in Los Angeles wearing a body-hugging, black, sleeveless dress.

Cradling her belly for added measure she flaunted her changing model figure.

Adding a funky twist to the casual look she threw on heeled white boots, suiting up in a black face mask and aviator sunglasses while carrying a stylish black bag.

Earlier the Inamorata designer got some work done on her laptop as she said she was ‘tryna write,’ while her belly obstructed her laptop view. 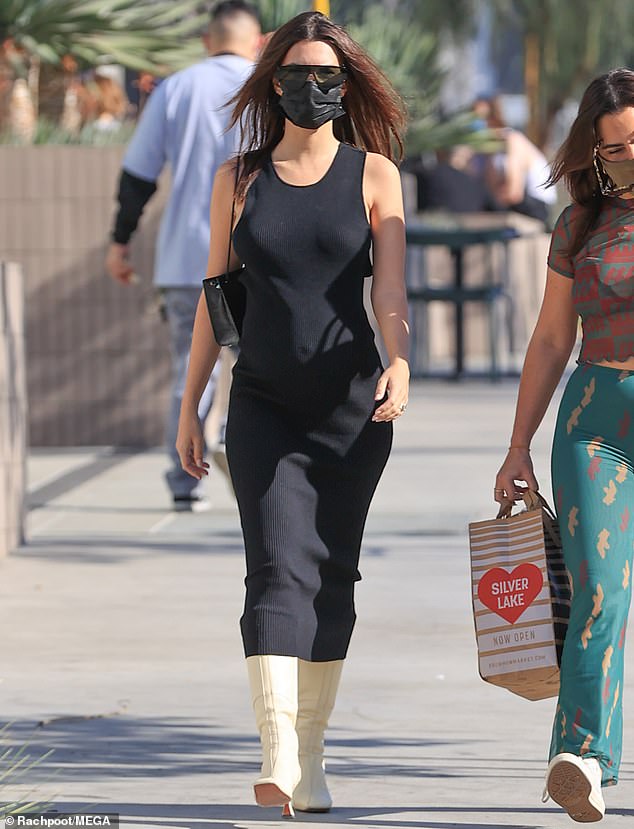 Stylish outing: She sported a pair of white boots under the calve length black dress that showed off her outie belly button

EmRata has been hard at work on a new book of essays titled My Body which has an unannounced release date.

Already sharing one essay through The Cut where she details an account of sexual assault with photographer Jonathan Leder, she will continue to share a series of image related stories.

Recently Emily and her producer husband Sebastian Bear McClard got back from a baby moon at luxury Utah resort Amangiri which has seen the likes of Kylie Jenner in recent months.

The duo showed off their breathtaking views and enjoyed some peace and quiet in the desert oasis. 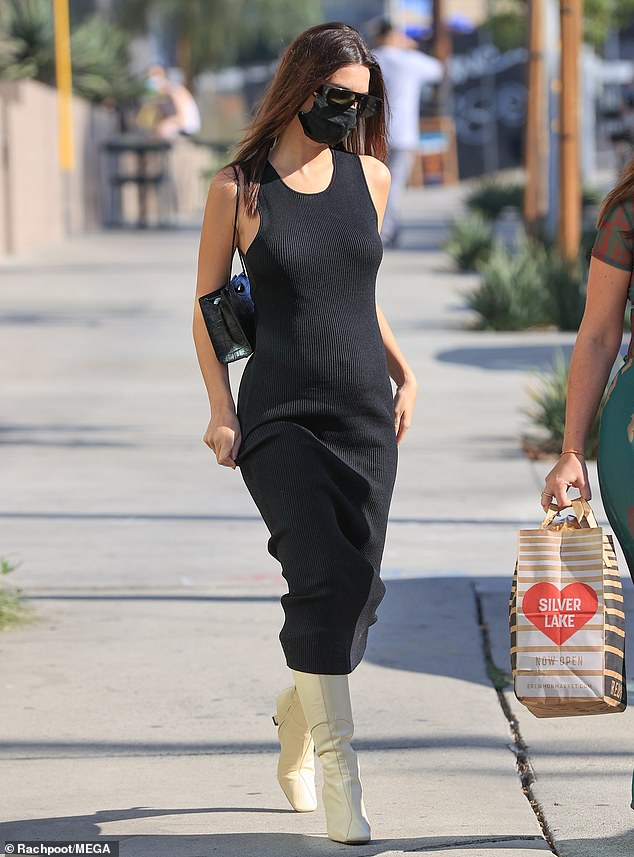 Nonstop: Despite pregnant with her first child, Emily has been hard at work on a new book of essays titled My Body 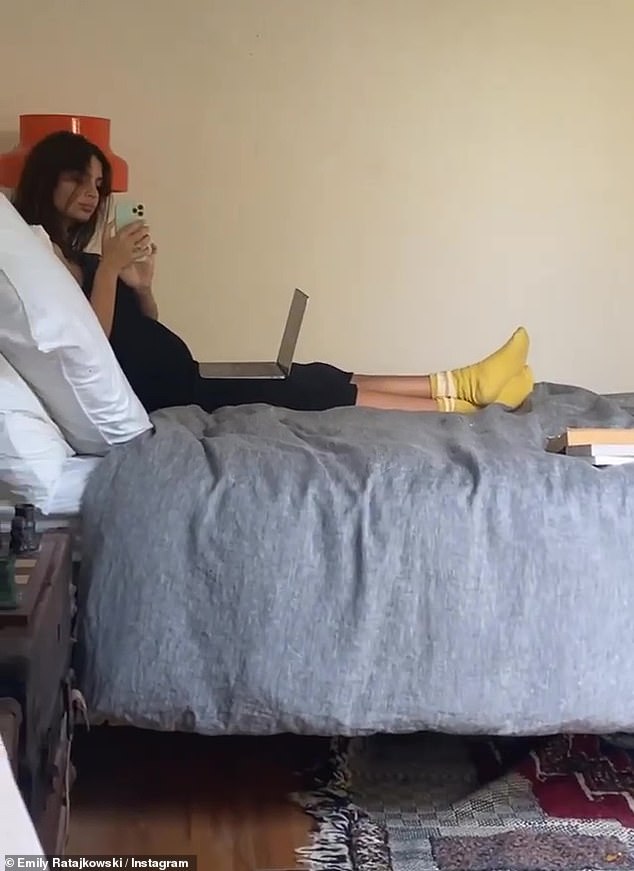 Home body: Working from the comfort of bed she tried to continue working on her book before posting a video of her belly from the side

The pair recently flopped coasts as they traded in their luxury NYC loft for the comfort of Emily’s Echo Park house.

Ratajkowski has posted photos of both her pad and her changing body on social media as her belly continues to grow.

Speaking about the gender and her baby she told Vogue that she wants to force as ‘few gender stereotypes on [her] child as possible,’ though does have some desire to know in order to discern who they might be.

‘As my body changes in bizarre and unfamiliar ways, it’s comforting to obtain any information that might make what’s coming feel more real,’ she said. Baby moon: Recently getting back from desert oasis Amangiri she was keen to share snaps from her luxurious trip