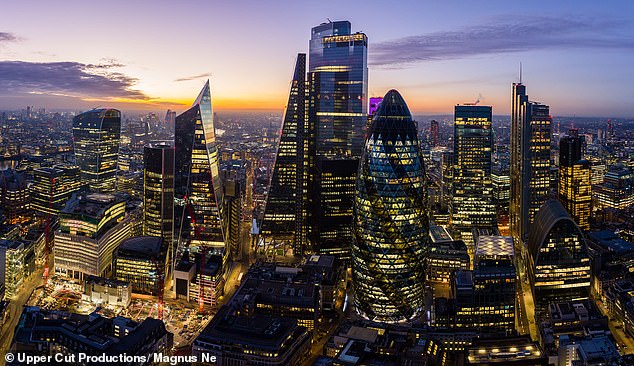 Big Bang 2.0: Radical shake-up planned to breathe life back into the City of London – and ignite a UK fintech boom

This week Chancellor Rishiunak told bankers to prepare for the ‘Big Bang 2.0’ This promises to reignite financial services ahead of regulatory talks with the EUA fintech review is being led by Ron Kalifa, former chief executive of WorldpayThis aims at making the UK the best place to set up and grow a fintech business

By Mark Shapland For The Daily Mail

Post-Brexit, London is looking to reinvent and solidify its position as one of the world’s premier financial hubs.

Earlier this week Chancellor Rishiunak told bankers and traders to prepare for what he named ‘Big Bang 2.0’, promising to reignite financial services ahead of regulatory talks with the European Union, and after a pandemic that has left Square Mile looking and feeling like a ghost town.

While the Chancellor’s plans have so far been light on detail, former banker Lord Jitesh Gadhia says there are three areas where there could be radical change for the City of London.

Post-Brexit, London is looking to reinvent and solidify its position as one of the world’s premier financial hubs

First, the Government is reviewing how to make listing on the London Stock Exchange more attractive. Second, it is considering cutting back European regulation on how much capital banks and insurance firms must hold.

But perhaps most important is the fintech review being led by Ron Kalifa, former chief executive of Worldpay, which is looking at making the UK the best place to set up and grow a fintech business. The UK is a global leader in this space, with a list that includes companies such as Revolut, Monzo, Transferwise and Nutmeg.

But one company that could trump them all is Checkout, a little-known payments firm that has secured a whopping £11 billion valuation after raising £334 million in new funding this week, making it the fourth largest fintech company in the world – and the UK’s biggest.

Founded in 2012, with headquarters in London, it processes online payments for websites and customers including Deliveroo, fashion website The Hut Group and upmarket furniture seller Heal’s. Its most recent results showed annual revenues of £54 million.

Customers say that Checkout’s technology works better than traditional payments processors such as Visa and Mastercard, particularly on mobile, adding that it allows customers to pay using a range of different methods, including cryptocurrencies.

Every time a user makes a transaction, Checkout takes a small fee for processing it, as well as a flat fee. As a result, Checkout is processing billions of dollars every year in more than 150 currencies.