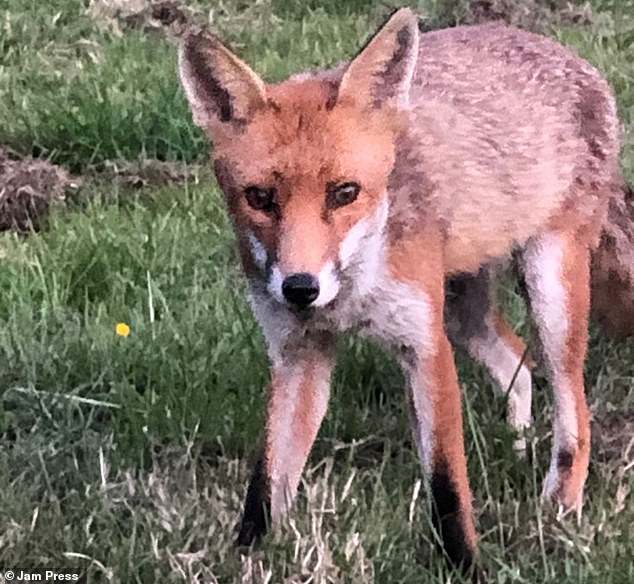 A man who formed an unlikely friendship with a fox during the first national lockdown now treats the woodland creature to vol-au-vents, roast dinners and full English breakfasts.

Ben Duggan, 51, from Stubbington, Hampshire, first started feeding the animal – whom he named Mr Little due to his scrawny stature – in April 2020, after spotting him sitting on the grass at the back of his house.

The pair have since grown so close that the fox will now wait patiently for his evening meal outside Mr Duggan’s home every day.

Describing the unlikely friendship, Mr Duggan said: ‘It felt instinctive to want to feed him.

The fox, who has been named Mr Little, began visiting Ben Duggan’s garden in Hampshire  in April last year 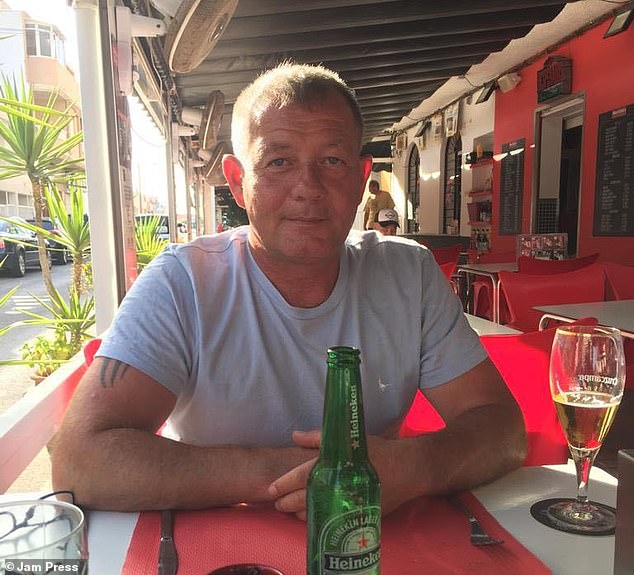 Mr Duggan, 51, from Stubbington, Hampshire, decided to feed the fox sausages when he first encountered him 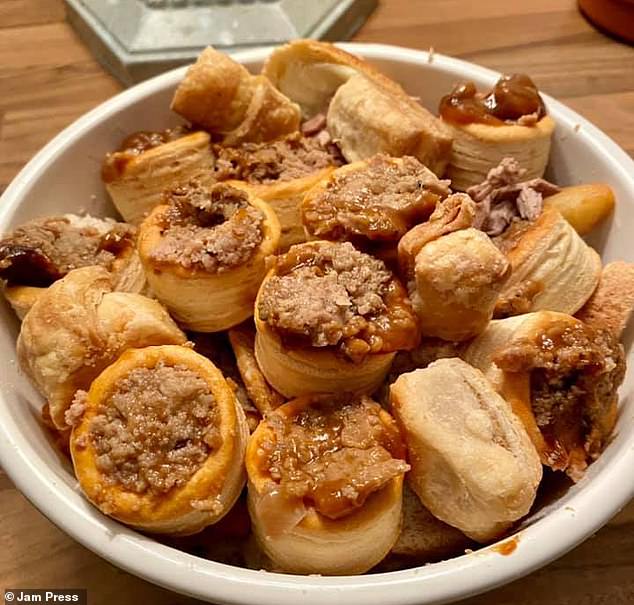 ‘Compared to the other foxes he looked quite scrawny. I initially called him ”little one” and my wife would ask if I’d seen ”Mr Fox” each evening – which later became Mr Little.

‘I knew I had some hot dog sausages in the fridge approaching their expiry date so I ran inside and returned with the whole packet.

‘I broke off a piece and threw it over – he wolfed it down.’

When Mr Duggan returned to the same spot the following day he noticed that Mr Little was back and awaiting more food.

The feeding soon became a daily ritual and the dishes that Mr Duggan saved for the little fox became more adventurous as he grew to care for the animal.

He continued: ‘I started saving leftovers from our day and putting them out for him at night, instead of just hot dogs.

‘I was careful to only put out food that was safe for foxes but it was a great way to reduce food waste going into the bins.

‘I feed him leftovers and make gravy to pour over it, but also make food especially for him. 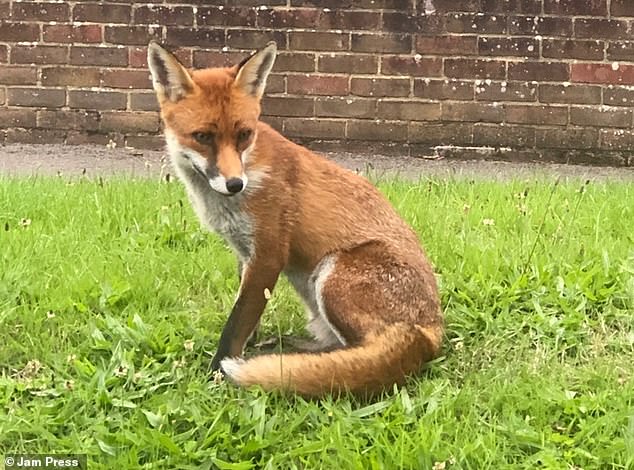 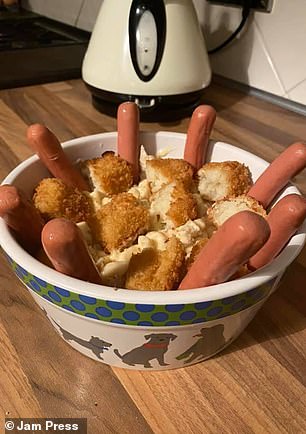 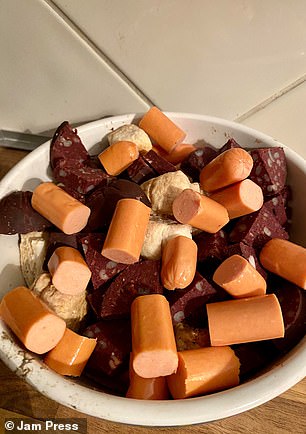 Among the meals Mr Duggan served to the fox was one including a bowl of sausages (left) and another which had black pudding, scrambled eggs and toast (right) 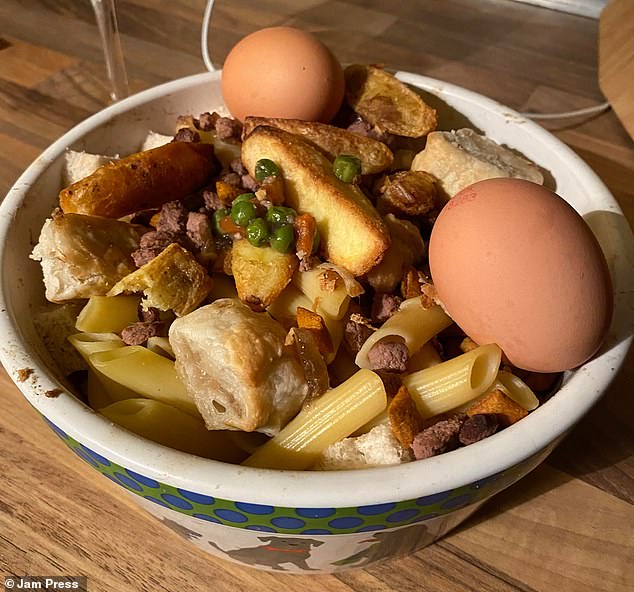 ‘I try not to give him too much bread from loaves going out of date and always save vegetables for him.

‘I also trim the fat off of his meat and will occasionally butter his bread.

‘He had his own Christmas dinner minus the stuffing, and if we have a fried breakfast he will get the leftovers.

‘I add whole eggs in their shells to his food or put them next to the bowl as foxes love eggs.

‘I still throw packets of hot dogs in the trolley when I go shopping, purely for Mr Little.

‘As we came into autumn and winter, I started putting more carbs out to allow him to burn the calories and generate heat and hopefully keep warm.

‘Mr Little has turned out to be quite a clean fox – he doesn’t leave a crumb and goes to the toilet elsewhere.’

Mr Duggan, whose claims the area is a hotspot for animals, also said that Mr Little will on occasion bring his two friends to join him outside his house. 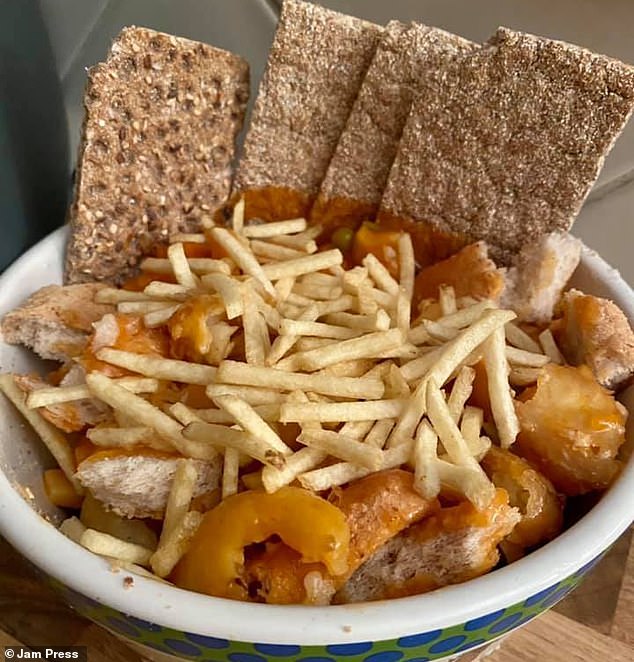 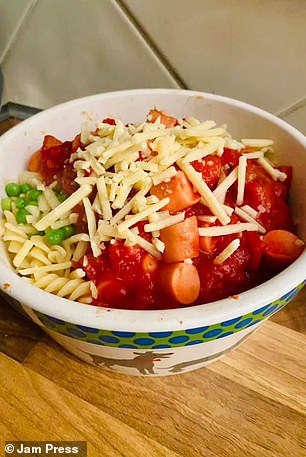 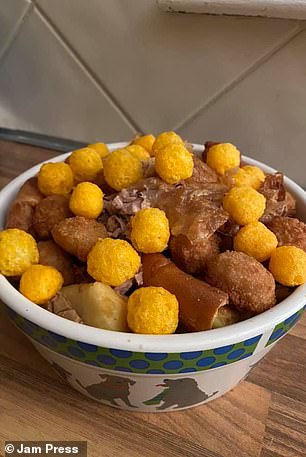 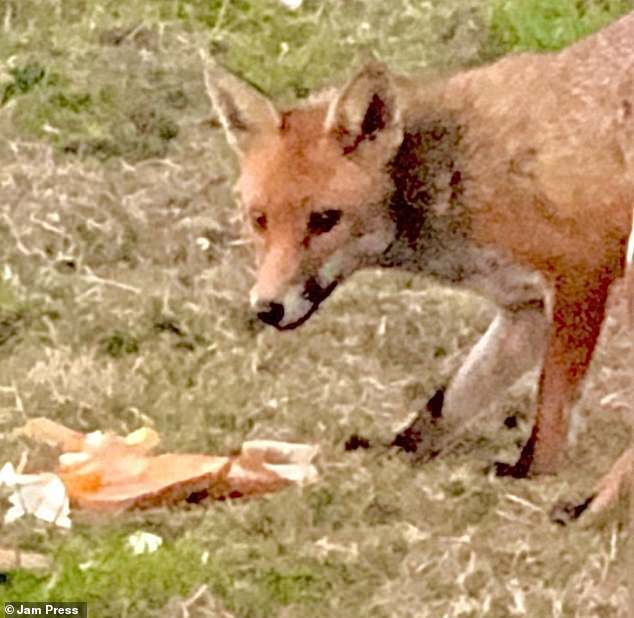 He said: ‘There have always been foxes scurrying around at night where I live and other neighbours have left food out for them before.

‘Mr Little has two friends – Big Ears and Mr Big. All three will sit in the hedge near the front of our house and wait for tea.

‘The foxes are quite well-mannered and all sit round the grass taking it in turns for a go in the food bowl.

‘The first lockdown was strange for everyone; small things suddenly mattered and life had become so restricted that the appearance of a fox became a wonderful thing in otherwise uncertain times.’

Mr Duggan explained that while he was not an expert on animal behaviour he kept up to date with what was written on social media groups dedicated to foxes.

An RSPCA spokesperson said: ‘The RSPCA advises people to exercise caution if they are considering providing foxes with food, because while they may like to see foxes in their own garden, their neighbours may not share that view.

‘Foxes are excellent scavengers, and will usually already have a good food supply in the area.

‘We strongly discourage trying to make wild animals such as foxes tame and they should never be hand-fed.

‘Care should also be taken not to put too much food out as foxes may not move far if all the food they need is available in one garden.

‘They may bury some, defecate or cause other problems in neighbouring gardens leading to ill-feeling against the foxes.

‘We would also advise taking sensible precautions so as not to come into direct contact with the foxes or their faeces.’