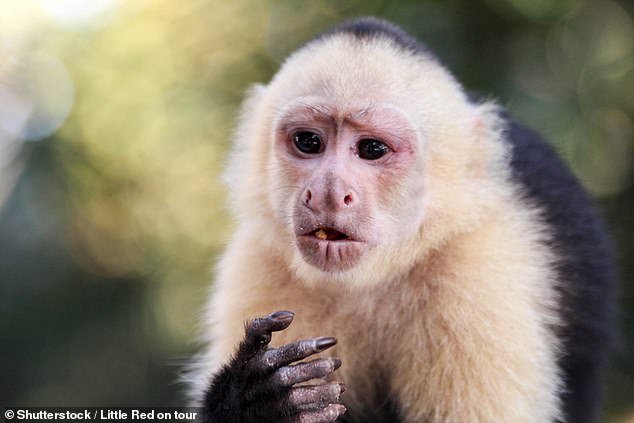 There’s a word for it (but only in English): No other major language contains a single word that can be translated only as ‘fair’, linguist claims

By Nick Rennison For The Daily Mail

In the early 2000s, scientists conducted an experiment with two capuchin monkeys. The monkeys were rewarded for performing simple tasks.

At first they were both given slices of cucumber, then one was given grapes. Capuchin monkeys adore grapes, but they are not so keen on cucumber.

When the cucumber monkey saw his companion regularly receiving grapes, he went berserk. Even monkeys, it seems, recognise the concept of fairness.

It’s difficult to define fairness, but we all know it when we see it. According to one linguist, no other major language than English contains a single word that can be translated only as ‘fair’.

Angela Merkel even once had to exclaim, during a heated meeting: ‘Das ist nicht fair!’

Capuchin monkeys (above) proved they know the concept of fairness in an experiment. They did tasks and the monkeys became mad when their companion got a better treat than they did

However, Germans and everyone else acknowledge something we call fairness because, as Ben Fenton argues in this lively polemic, it ‘is embedded in our brains and has been during millions of years of evolution’.

This sense of fairness or unfairness pervades every aspect of life, even warfare. Medieval codes of chivalry dictated what the knight should do on the battlefield, even if they were often more honoured in the breach than the observance.

Today the Geneva Conventions may be broken, but at least they exist as an ideal to which warring nations can be held accountable.

Fairness may also be an aspiration rather than an achievement in sport, but games can’t be played unless rules are agreed.

There has to be a level playing field, although, as Fenton points out, in literal terms, this doesn’t matter too much as long as teams change ends at half time.

In the Victorian era, the ‘Corinthian’ spirit held sway. Corinthian FC — the London club founded in 1882 and credited with popularising football around the world — was so committed to fair play that, if the opposing team lost a man, they immediately got rid of one of their own men to even things out. 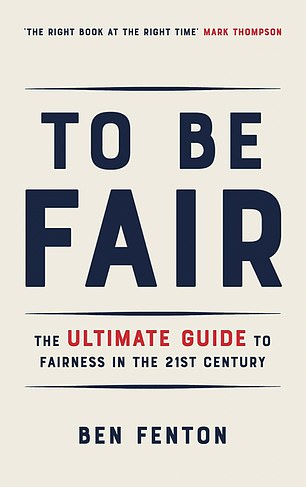 But despite being widely known, fairness is hard to define. In his book, Ben Fenton argues that fairness ‘is embedded in our brains’

More recently, FIFA instituted a Fair Play Award and appointed various ambassadors of Fair Play. The initiative was compromised slightly in 2010 when Diego Maradona, well known in this country as the perpetrator of a spectacular act of foul play, became an ambassador.

Fenton turns a shrewd and intelligent eye on a range of human activities. He’s clear on what is the most unfair event to happen in most of our lifetimes — the fact that ‘the people who caused the financial crisis got away pretty much scot-free’.

He dislikes populism in politics. ‘Populists govern for their base,’ he remarks. ‘Fair politicians govern for all.’

And, refreshingly, he stands up for ‘mainstream’ media where, he argues, you are more likely to find fairness than ‘in the brackish, polluted and unknowable tributaries and streams and springs of the internet’.

According to one linguist, no other major language than English contains a single word that can be translated only as ‘fair’.The weakest parts of the book are those in which Fenton, as (to be fair) he himself admits, flies over ‘vast acres of scholarship and history like a crop-dusting aeroplane’.

But his fundamental arguments are sound. He’s surely correct to say that it’s time for us to stop trying to be right all the time and ‘start trying to be fair’.