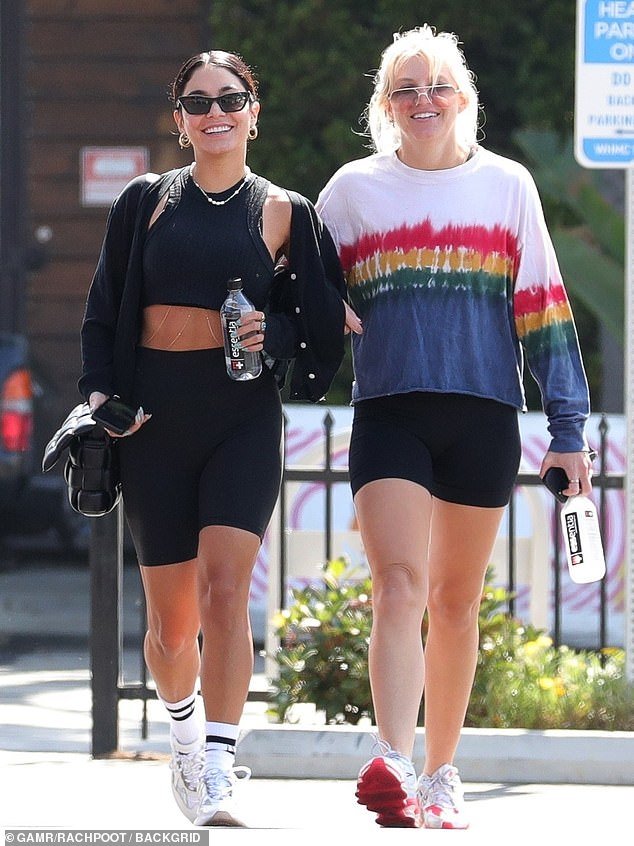 Vanessa Hudgens is kicking her workouts into high gear as she looks towards bikini season — though it seems to be year round for the Disney darling.

And the 32-year-old actress was seen showing off her gym-honed frame while leaving the famed Dogpound gym in West Hollywood on Tuesday alongside BFF GG Magree.

The two put on a smiley display as they emerged arm and arm, after returning from Joshua Tree where they celebrated the launch of Vanessa’s new line of cactus water with a VIP retreat.

In good company: Vanessa Hudgens, 32, flashes her gym-honed frame in a crop top and bike shorts after a sweat session with BFF GG Magree at the Dogpound gym in West Hollywood

The Princess Switch actress strolled through the parking lot in a a tiny black crop top and matching bike shorts with a black cardigan.

She sported a pair of fresh white sneakers and striped gym socks and accessorized with a $2,800 Bottega Veneta padded bag over her shoulder.

Vanessa continued to draw attention to her very toned midriff with a delicate gold body chain and swept her raven-colored tresses back in a sleek low bun.

And she grinned in a pair of black cat-eye sunglasses while linking arms with her musician BFF who wore similar bike shorts with a rainbow tie-dye sweatshirt. 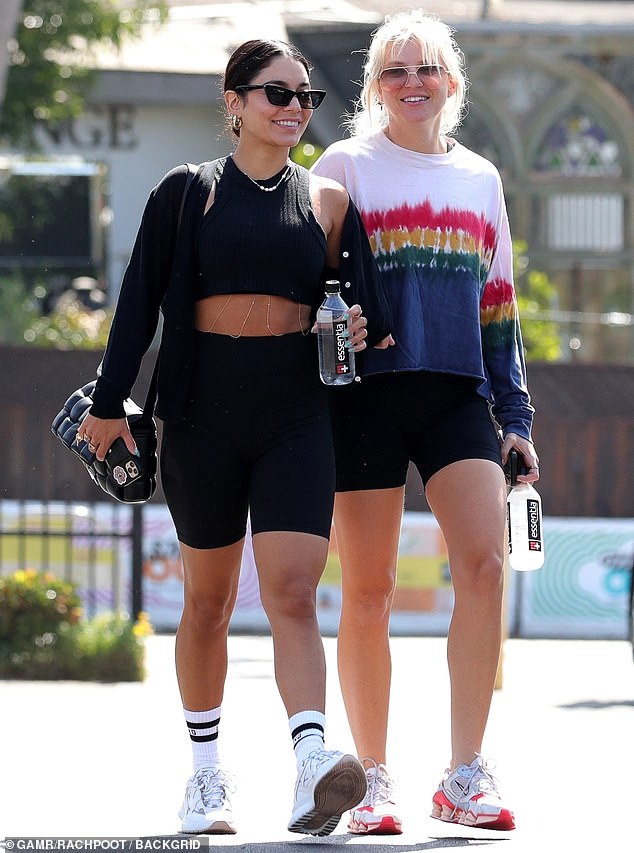 Happy days: The two put on a smiley display as they emerged arm and arm, after returning from Joshua Tree to celebrate the launch of Vanessa’s new line of cactus water

Always by her side for both business and pleasure, GG accompanied Vanessa to MLB spring training camp in Florida in recent months to cheer on the actress’ new beau Cole Tucker, 24.

And the ladies enjoyed a desert chic weekend in Joshua Tree to celebrate the launch of Cali Water — Vanessa’s latest business venture — as they grooved to live music and promoted the brand with a Coachella-esque retreat. 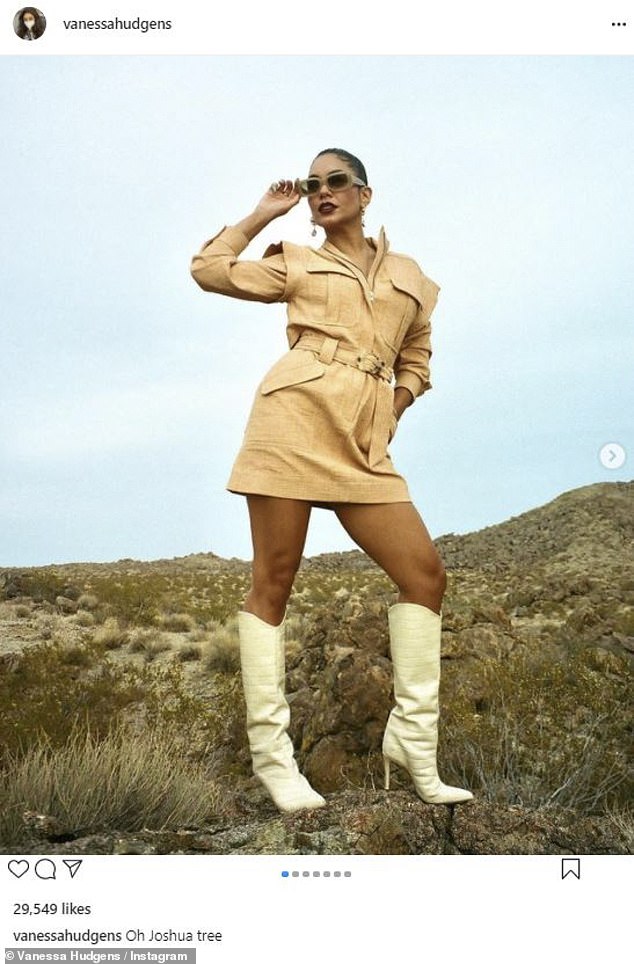 Memories: On Tuesday she continued to reminisce on the trip as she shared a carousel of photos to Instagram 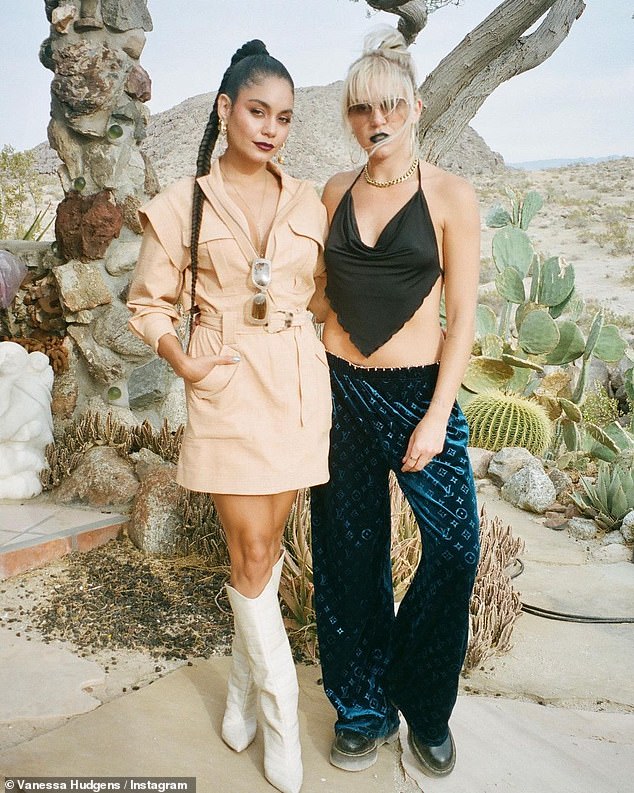 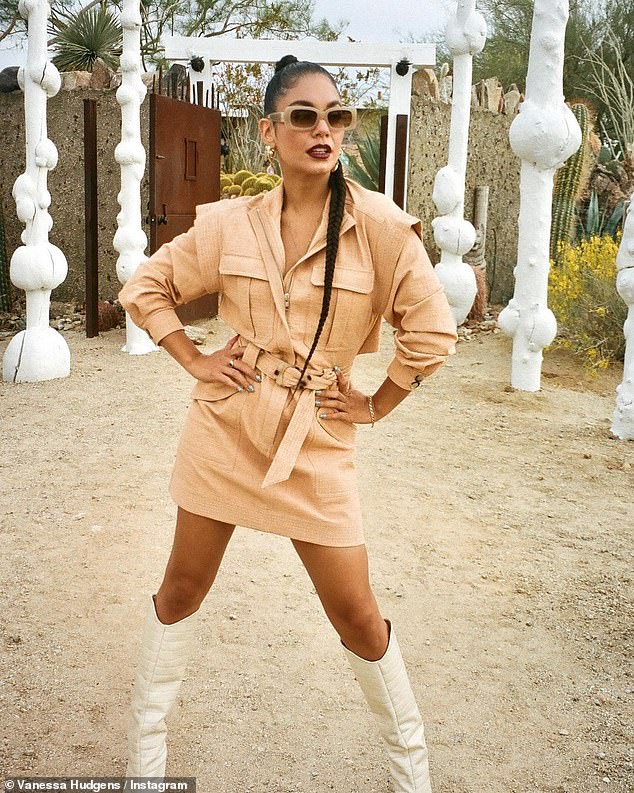 Desert glam: Vanessa did not disappoint at the desert festival as she showed off her various makeup looks and showstopping outfits 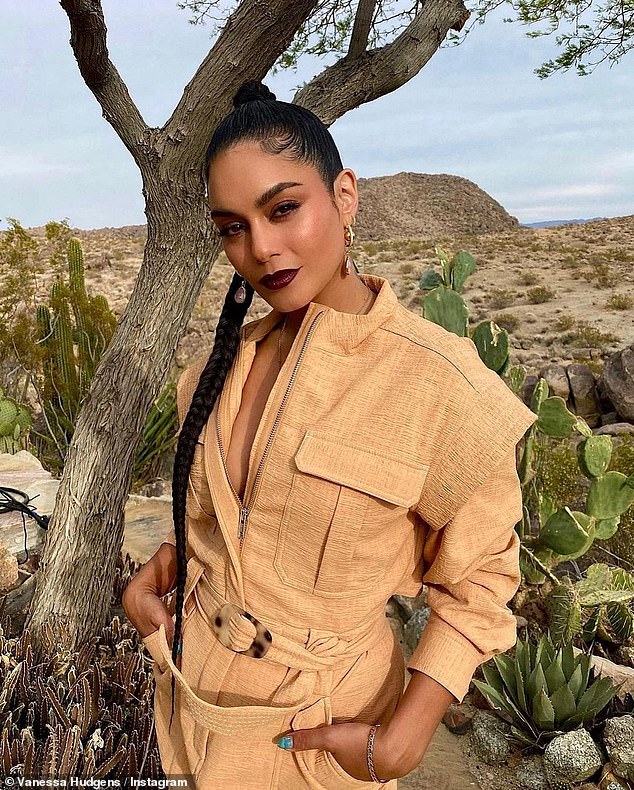 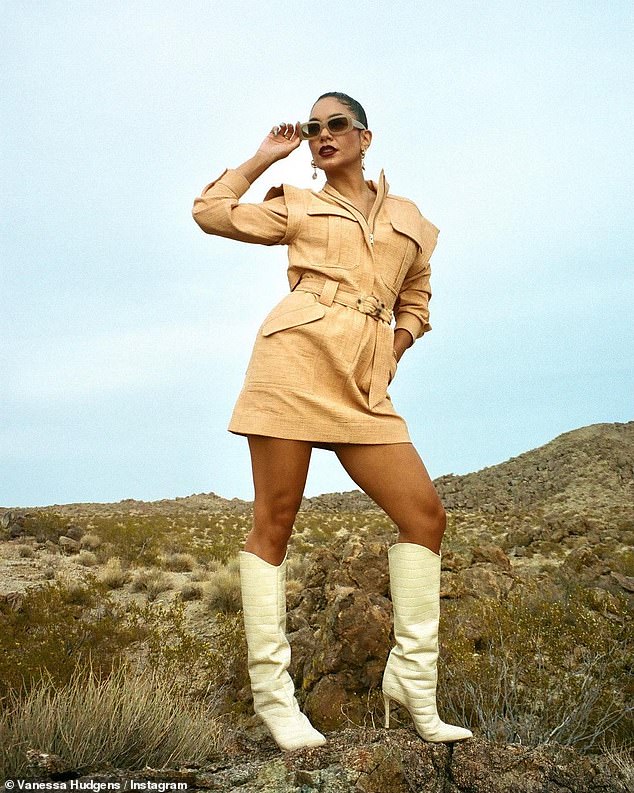 Serving looks: Hudgens showed off her bronzed skin as she posed amidst the arid desert — the perfect location for her cactus water launch 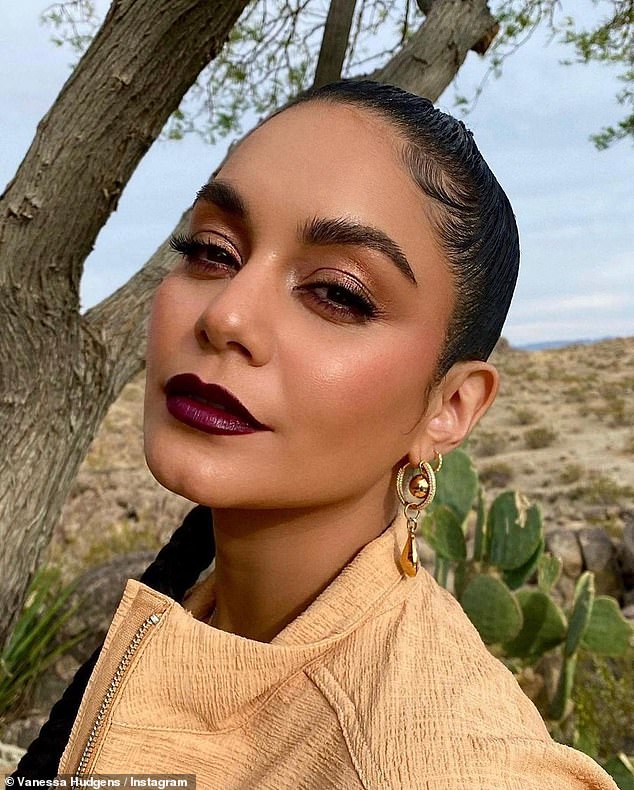 Drink of water: Despite the dry temperatures Vanessa looked a tall drink of water in her outfits 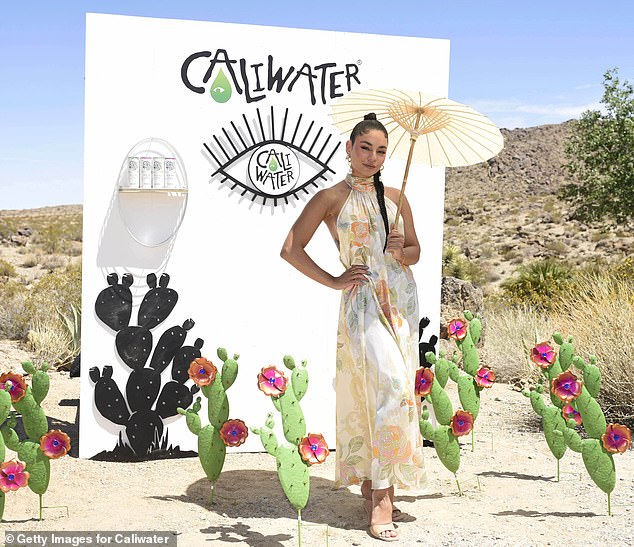 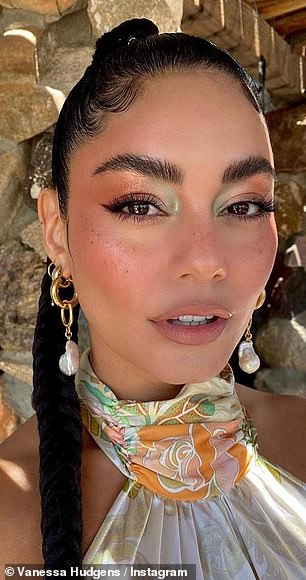 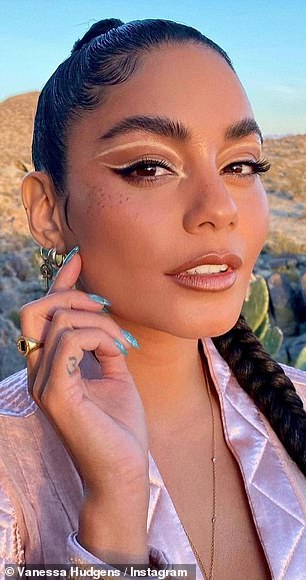 Dolled up: The Coachella-inspired festival provided a perfect escape for many who have been missing live music and events 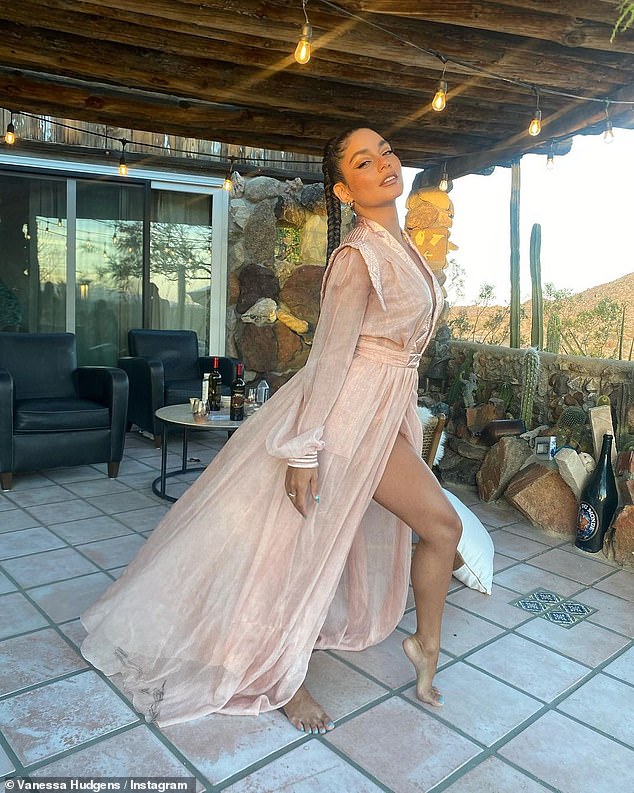 Dressing the part: She turned out in a variety of themed outfits including whimsical dresses as she posed with a parasol

Vanessa turned out in various whimsical dresses and edgy matching makeup looks to match as she posed with a parasol and took to Instagram to share a glimpse at the magical festivities.

And the VIP retreat also included a bevy of beauty and wellness related features like massages, facials, and even reiki and sound baths.

Seemingly not present for the launch was Vanessa’s Pittsburgh Pirates shortstop beau who she has been linked to since November.

The pair went Instagram official with the relationship on Valentine’s Day and she spent extended time with him in Florida during spring training before they escaped to Miami to attend the opening of Dave Grutman and Pharrell’s Goodtime Hotel.

In an interview he teased that she would be around for the season, while saying that he ‘loved her’ and she was ‘awesome,’ and both have continued to make their adoration for each other known on social media. 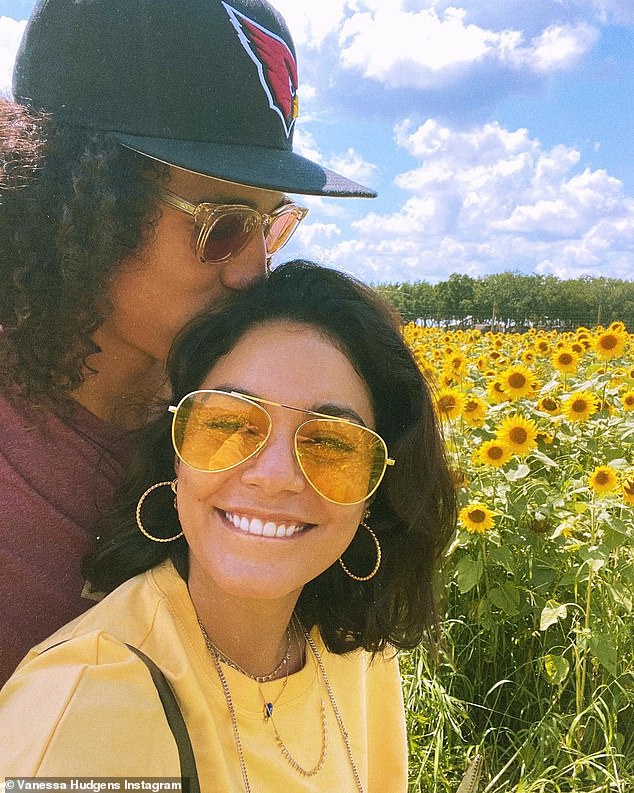 Romantic escapes: The pair went Instagram official with the relationship on Valentine’s Day and she spent extended time with him in Florida during spring training before they escaped to Miami to attend the opening of Dave Grutman and Pharrell’s Goodtime Hotel; pictured April 22