By Richard Gibson For Mailonline

The ECB has moved to address a chronic lack of diversity across its officials by adding former England fast bowlers Devon Malcolm and Dean Headley to its list of domestic match referees.

Until the addition of the pair on Friday, there was not a single BAME representative across the eight-strong referee group or its supplementary panel.

The quintet will chiefly be involved in officiating at Twenty20 Blast and 50-over matches and in the women’s game as they aspire to full panel status but can be called upon for County Championship duty.

Last year, under scrutiny for a lack of non-white faces across the professional side of the sport, the ECB pledged to meet a 15% BAME representation in umpires and match officials across county second XI and national counties by the end of 2021.

Raman Subba Row is understood to be the only previous person of ethnicity since the ECB introduced its pitch liaison/match referee group for county cricket 21 years ago. 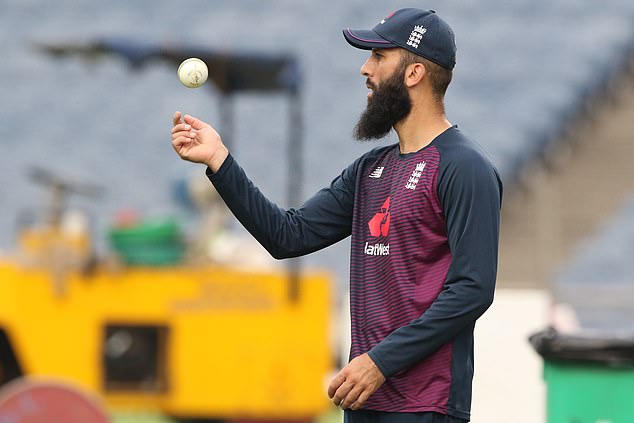 Meanwhile, Moeen Ali is set to play in the Birmingham League on Saturday in his first action since coming out of post-Indian Premier League quarantine.

Moeen and his fellow IPL participants were told to take some extra rest rather than attempt to rush back for the first Test of the summer against New Zealand starting on Wednesday.

So while Joe Root and the rest of the England squad begin preparations at Lord’s on Saturday, having reported to the team hotel on Friday lunchtime, the 33-year-old will line up alongside brother Kadeer Ali and cousin Kabir Ali for West Bromwich Dartmouth against Walsall.