An American Airlines flight attendant called out unruly passengers who became rude and abusive, including one who called a flight attendant ‘a fat gorilla,’ when a plane was diverted due to bad weather.

A Monday flight from Los Angeles to Charlotte was forced to land in Raleigh, North Carolina, before it could continue on the remaining 30 minutes of the flight to Charlotte. Ultimately, the plane sat at the airport in Raleigh for approximately three hours. 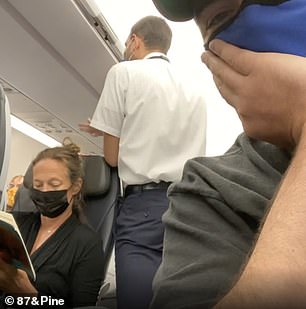 Brent Underwood, 39, who describes himself as a singer for 87&Pine and a DMV employee, posted several videos on TikTok Wednesday from inside the plane during the delay in Charlotte. They were eventually compiled into a four-minute video on Instagram.

Underwood noted in the videos that the flight had been on the ground for over an hour when a man who was asked to put his face mask on told a flight attendant to ‘suck his d***,’ though that was not seen on video.

Other passengers attempted to calm the man as a male flight attendant noted the ‘frustration’ of the delays over the loudspeaker.

He said over the PA system that he would not tolerate ‘disrespect’ to any of his colleagues and threatened arrest at the gate.

‘So when we tell you to put your mask on over your mouth – which is a federal mask mandate – you need to comply,’ he said on the video.

Passengers clap as the flight attendant said he’d be happy to leave the disrespectful passenger with cops at the gate in Raleigh.

The unruly passenger later is seen arguing with the flight attendant, but eventually appears to apologize.

Passengers ask for the flight attendant to change his mind, with one apologizing and saying that it’s ‘the hunger talking’. 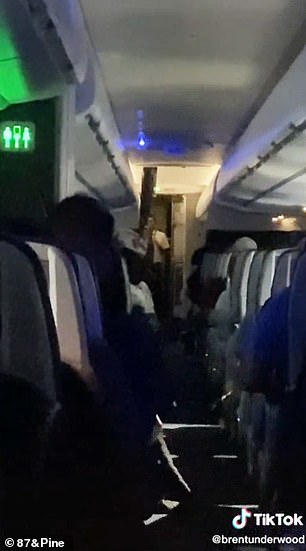 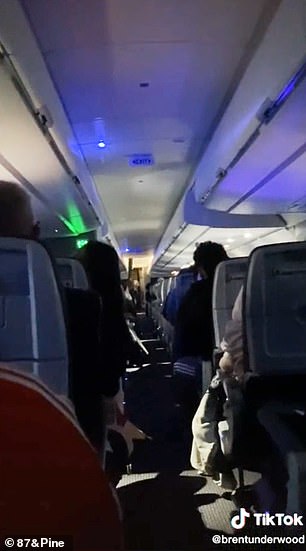 ‘Just like you, we have not eaten also,’ the unidentified flight attendant can be heard saying. ‘We’ve catered to you the entire flight. We do it because we love this job’

‘Give them a Snickers!’ one passenger yells.

The flight attendant then makes an announcement at the front of the plane about the behavior of the passengers, one of whom can be heard apologizing.

‘Just like you, we have not eaten also,’ the unidentified flight attendant can be heard saying. ‘We’ve catered to you the entire flight. We do it because we love this job.

‘But the fact that we get insulted and mistreated by passengers over things we cannot control is disgusting,’ he says to some applause. ‘We’re just trying to go to Charlotte. But shame on the passengers that have made this flight a living hell for the flight attendants.’

On TikTok, Underwood wrote: ‘Flight attendants on @officialamericanairways are done with your b.s.! From our flight 6/7 LAX-NC. #americanairlines #facemask #dumbcustomers’ 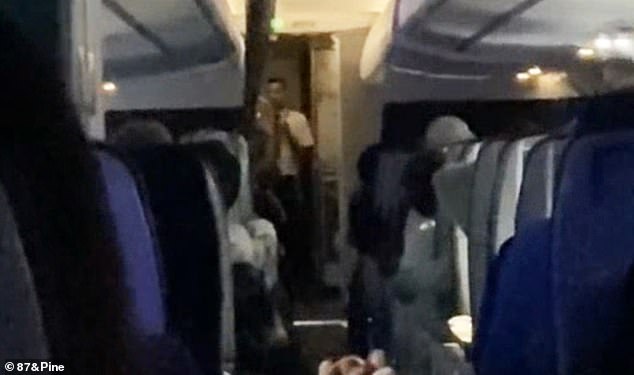 ‘We’re just trying to go to Charlotte. But shame on the passengers that have made this flight a living hell for the flight attendants,’ he concludes, drawing more applause

More than 500,000 people have viewed Underwood’s videos so far.

‘There was absolutely no excuse for it,’ Underwood said of his fellow passengers’ behavior, according to The Charlotte Observer.

‘It doesn’t matter what you look like,’ Underwood added. ‘Everybody deserves respect. And everybody deserves to be punished equally for being a rude person like that. Why would you call a person a fat gorilla?’

Underwood said the flight circled Charlotte for about a half-hour before traveling to Raleigh due to low fuel. He also said the plane only had water and cookies during the Raleigh stop.

Underwood said that there were five flight attendants on the plane, though only two were involved in the confrontations on board. The pilot, meanwhile, appeared to stay out it.

‘The flight crew did absolutely nothing wrong,’ Underwood said. ‘They were more professional than I would have been.’ 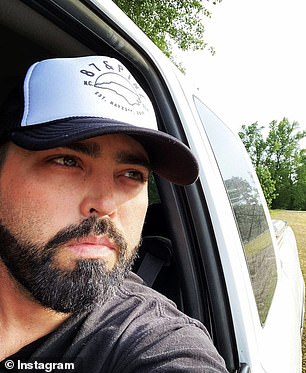 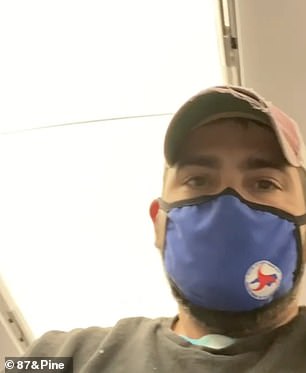 Brent Underwood, 39, a singer for 87&Pine, posted several videos of the incident on TikTok on Wednesday, which were eventually compiled into a four-minute video on Instagram

In a statement, American Airlines said, ‘We take the health and safety of our customers seriously, and our crew members work hard to uphold the federal mask mandate that remains in effect on aircraft and in airports.

‘We value the trust our customers place in our team to care for them throughout their journey, and we expect those who choose to fly with us to treat each other — and our team members — with respect.’

The flight departed Los Angeles at 9:12amPT Monday. FlightAware data shows it didn’t arrive in Charlotte until 9:41pm local time – about four and a half hours late.

Nobody was removed from the flight or arrested, according to the Raleigh Durham Airport Authority.

Unruly passengers have become a problem for airlines, particularly due to the federal mask mandate.

In May, the Federal Aviation Administration reported that it has received almost 2,500 complaints of unruly behavior so far in 2021, including around 1,900 complaints about violations of mask mandates.