Nancy Dell’olio says England have a greater chance of success under Gareth Southgate than her ex Sven-Göran Eriksson because the latest generation of WAGs are less of a distraction.

The Italian lawyer, 59, has welcomed the new breed of ‘intellectual’ partners into the Three Lions set-up for Euro 2020 believing they won’t revel in the spotlight of the media, unlike the party-loving WAGS of her era.

Speaking exclusively to MailOnline, Nancy claims she warned the likes of Victoria Beckham, Cheryl Tweedy and Elen Rivas, partners of stars David Beckham, Ashley Cole and Frank Lampard, about their lavish spending habits in the German spa town of Baden-Baden, which sparked more coverage than the team during the 2006 World Cup – but they simply ignored her.

‘The WAGs went too far’: Nancy Dell’olio says England have a greater chance of success under Gareth Southgate than her ex Sven-Göran Eriksson because the latest era of WAGs are less of a distraction (pictured in 2006)

And Nancy insists she wasn’t part of the clique and only spent ‘a couple of nights with them.’

Nancy said: ‘I tried to warn some of them about their behaviour because they were distracting the players.

‘The press were not talking about the wives and girlfriends of any other of the teams. I suggested they have to be more careful but they just did whatever they wanted.

‘I was not involved in that scene, despite the rumours. We were friends but I was doing my own thing with my other friends who were with me. I also spent a few days in Milan.’ 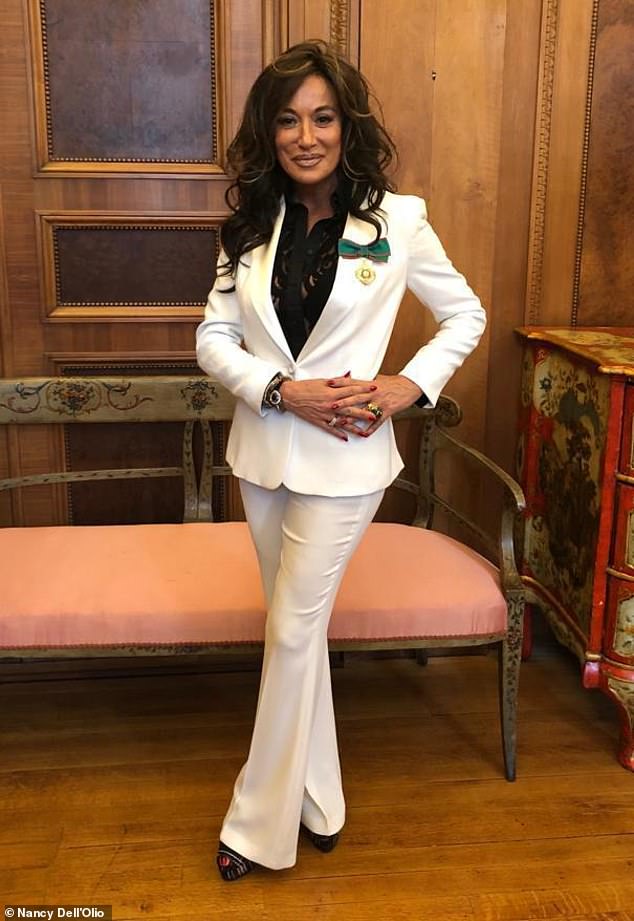 ‘They are more educated’: The Italian lawyer has welcomed the new breed of ‘intellectual’ partners into the Three Lions set-up for Euro 2020 believing they won’t revel in the spotlight 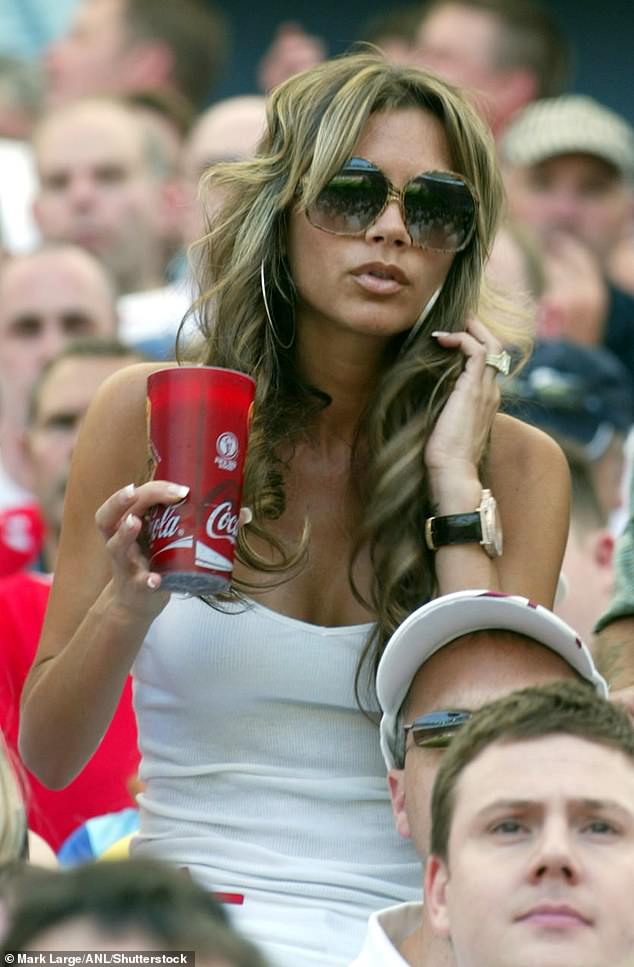 ‘I tried to warn them’: Nancy claims she warned the likes of Victoria Beckham and Cheryl Tweedy about their lavish spending habits during the 2006 World Cup (pictured in 2006)

Asked if the WAGs enjoyed the attention, she replied: ‘Absolutely, yes. They enjoyed it, they were in their moment of celebrity. It’s quite human in a way.’

The brainy bunch are a huge contrast from the pop stars and models associated with the 2006 generation.

Although she admits the current WAGs are ‘not as glamorous’, Nancy feels they are more likely to spark better performances on by pitch at this month’s Euros, which starts today. 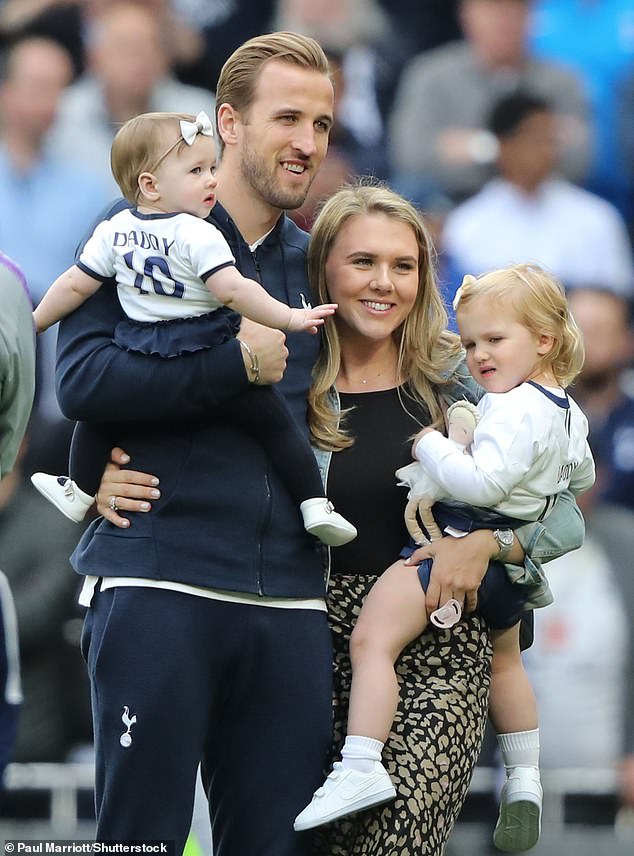 ‘The players can concentrate better’: Nancy feels the current WAGs including Harry Kane’s partner Katie are more likely to spark better performances on by pitch at this month’s Euros (pictured in 2019)

Nancy explained: ‘It’s good they’re not celebrities. Absolutely. They are contemporary women, more emancipated, they are much more educated. It is a good thing. It’s more appropriate.

‘If they are a celebrity, they will find a way – if they’re being pushed by their manager or their PR people to try and get some attention – it’s part of their system. Even unconsciously, you try to get as much advantage as possible.

‘The wives and girlfriends at Baden-Baden went too far and I think the federation changed some rules so it wouldn’t happen again.

‘Now they are wiser so they can work out how to be more anonymous. That will certainly help the team and give them more chances of winning during this tournament. The players can concentrate much better now.’ 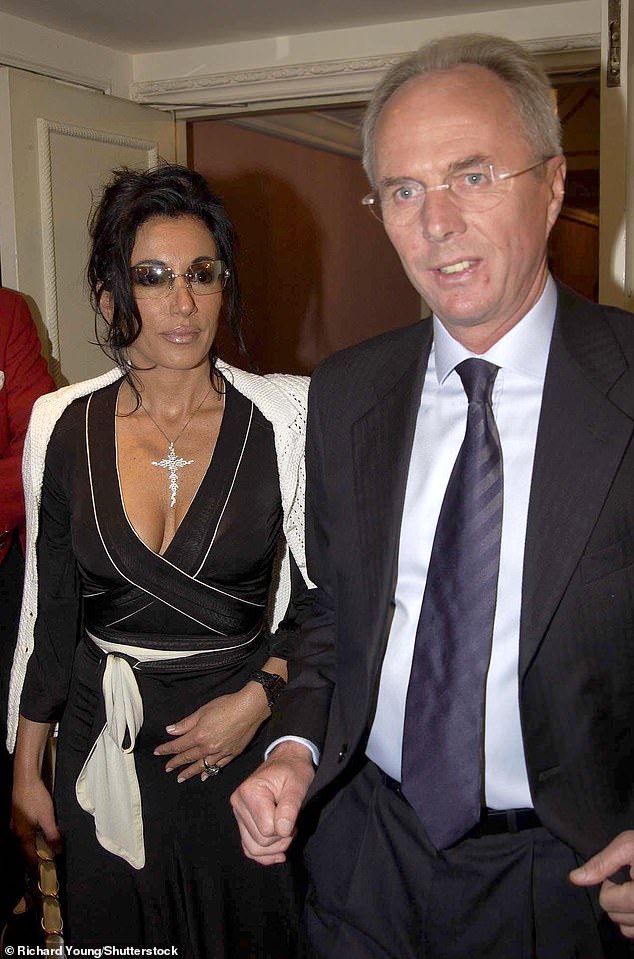 ‘We’ve been talking, but we’re not friends’: Nancy revealed she is back in touch with ex-England boss Sven, whom she dated between 1998-2007 during which time he had two affairs (pictured in 2003)

Nancy was speaking from her home in Rome where she has been based since Christmas having returned from the UK.

She has a new job – ambassador of Puglia – a region of southern Italy close to her heart where she spent many summers visiting her parents based there.

Her task is to increase its profile and attract more tourism.

She explained: ‘I’m very honoured to be given the role. It’s a lot of hard work but I’m enjoying it.

‘It’s all about promoting Puglia, developing the tourism and taking care of the public relations.

‘The area is becoming more attractive for investment so we have been doing quite well. Lots of people are coming over here from England to do business.

‘I’ve spent most of my life working abroad so to be back after 35 years is a great opportunity. But everybody knows me here from my time in England.’ 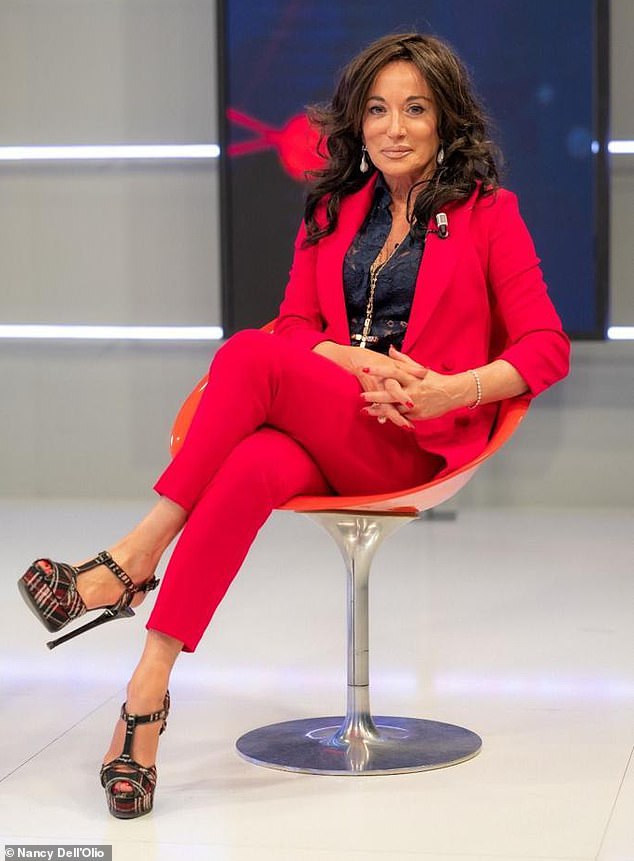 ‘I’m single, but not alone’: Nancy – who also previously dated theatre director Sir Trevor Nunn – hinted she has a new man and doesn’t need to use dating apps to find a suitor

Nancy told MailOnline she is back in touch with ex-England boss Sven, 73, whom she dated between 1998 and 2007 during which time he had two high-profile affairs with TV presenter Ulrika Jonsson and former FA secretary Faria Alam.

But there is no chance of them getting back together.

She says: ‘I have been in touch recently, yes. We’ve been talking, but we’re not friends.’

She added: ‘I’m single, but not alone. That’s all I can say.

‘I don’t need dating apps. I have the chance to meet a lot of people doing what I do. I wish I could be more anonymous, it doesn’t make it easy.

‘The last year has been focussed on my new job but I’m happy to be single and welcome a nice romance. I love my freedom and independence.’ 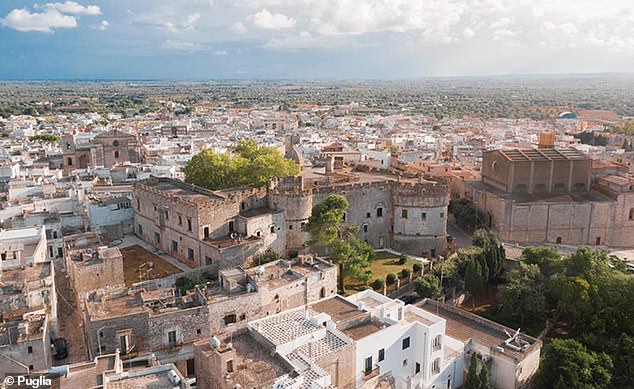 ‘I’m honoured’: Nancy has a new job, ambassador of Puglia (pictured), a region of southern Italy close to her heart where she spent many summers visiting her parents based there