By Max Mathews For Mailonline

West Ham have confirmed manager David Moyes has signed a new three-year contract at the club.

Moyes returned to West Ham in December 2019 after leaving the club 18 months earlier and led the Hammers to a magnificent sixth-placed finish in the Premier League, securing Europa League qualification in the process.

The Scot had been linked to the vacant managerial position at former club Everton, but has now formally tied himself down to stay at the London stadium until summer 2024 at the earliest. 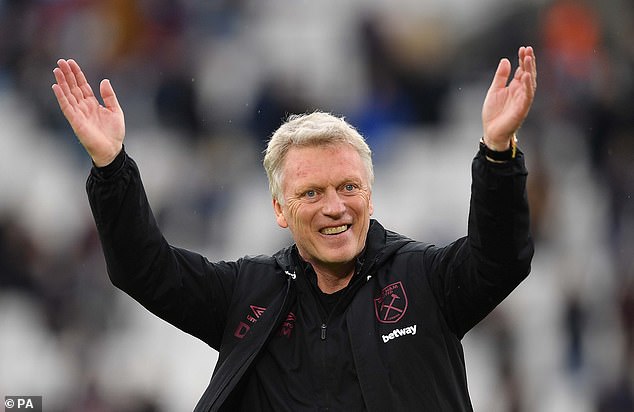 Sportsmail had first reported on Thursday that Moyes had agreed in principle to remain in East London, but the new contract is now officially rubber-stamped.

The 58-year-old had a highly successful 11-year spell with Everton, but was sacked less than a season after replacing Sir Alex Ferguson as Manchester United manager.

He was then dismissed after a poor spell with Spanish side Real Sociedad, and resigned as Sunderland boss after getting relegated, before joining West Ham in November 2017 with the side in the relegation zone.

Moyes kept them up but left the club at the end of his six-month contract, with fans frustrated due to his perceived negative, unambitious and defensive style of play.

It was a surprise when he got another chance at the Hammers after Manuel Pellegrini’s unsuccessful spell, but he has fully vindicated that decision with a remarkable managerial performance this season.