That’s raising the bar! Gustavo Bou’s thunderbolt shot smashes into the crossbar not once but TWICE before finding the net for New England Revolution wondergoal

By Alastair Talbot For Mailonline

New England striker Gustavo Bou evoked memories of Tony Yeboah in scoring a wondergoal for New England Revolution, with his thunderbolt strike hitting the bar twice before bouncing into the net.

Bou, who scored two goals in New England’s 3-1 win over Orlando City in the 2020 playoffs, ripped a right-footer from well outside the area that bounced off the crossbar — twice — and into the net to open the scoring in the 29th minute.

The Argentine striker picked up the ball on the left-hand six in acres of space and under little pressure decided to cut in and try his luck from right outside the box. 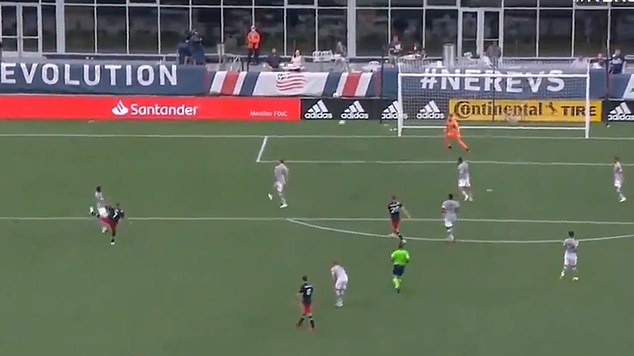 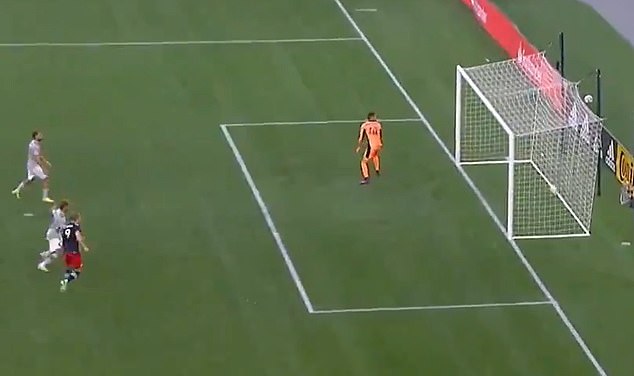 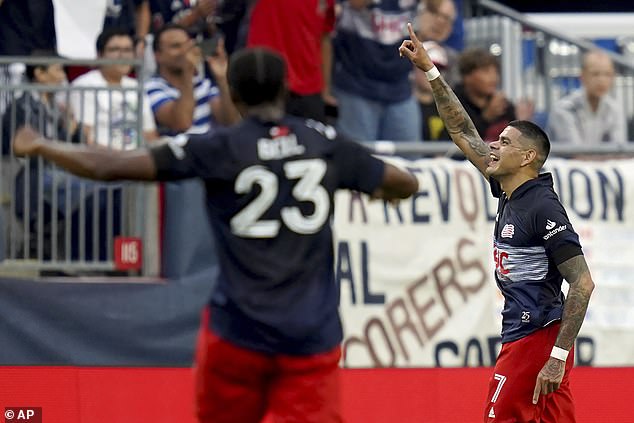 His right-footed piledriver soared through the air and ricocheted off the crossbar and down into the goal.

There was so much power behind the shot that the ball bounced one more time off the underside of the bar before finally finding the net.

Montreal goalkeeper James Pantemis stayed glued to his feet as he just watched the strike go past him. 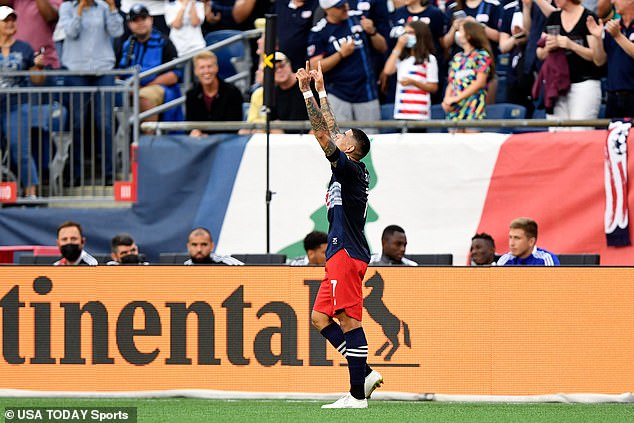 The wondergoal in the 73rd minute found the top left hand corner, leaving the shot-stopper with no chance.

It was Bou’s eighth goal in his last nine games to make it 2-0 for the New England Revolution, and it might have conjured up memories of Leeds United legend Yeboah among certain fans.

Back in 1995, Yeboah scored one of the Premier League’s most iconic goals when his rocket shot against Wimbledon hit the bar twice in similar style to Bou’s goal, such was its power. 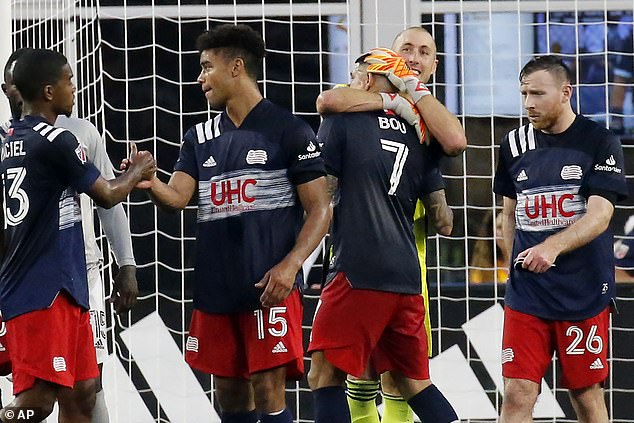 Djordje Mihailovic’s first-timer off an assist from Joaquin Torres got Montreal on the board in the 79th minute. The 22-year-old Mihailovic, in his fifth MLS season and his first with Montreal, has a career-high tying three goals and four assists this season.

The game ended in a 2-1 win for New England for their third straight victory.

The Revolution (10-3-3), who won for the third time in eight days, lead all of MLS with 33 points this season — one more than Western Conference-leading Seattle, which lost 3-1 at home to Sporting Kansas City later Sunday night.

After the loss, Montreal CF (6-5-4) sit in the last playoff spot in the Eastern Conference.