By Matt Verri For Mailonline

Novak Djokovic comfortably saw off Jan-Lennard Struff in the second round in Tokyo to progress and keep his Golden Slam hopes alive.

The world number one eased past the German 6-4 6-3 to make it two straight-sets wins in a row to kick off his Olympic bid as he made it through to the last 16.

After winning the Australian Open, the French Open and Wimbledon earlier in the year, Djokovic is looking to become the first man to win all four majors and the Olympics in the same year. 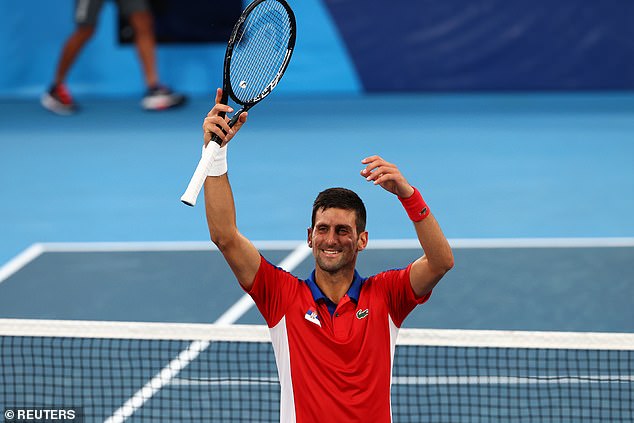 Djokovic will play Alejandro Davidovich Fokina in the next round, after the Spaniard beat John Millman in three sets.

After his first-round win, the Serbian had criticised organisers for exposing players to sweltering conditions, calling on them to push matches back to later in the day.

He said:  ‘You feel you have weights on your shoulders because there’s so much heat and humidity and stagnated air.

‘You don’t feel yourself, you feel slow with your legs. It’s not the first time we get to experience tough conditions. I spoke to a couple of guys in the locker room and all of them said this is the toughest that they have experienced day to day.’

He got his wish for this match, played in the early evening in Tokyo, and never looked in any danger of going out, before sealing the win with an ace. 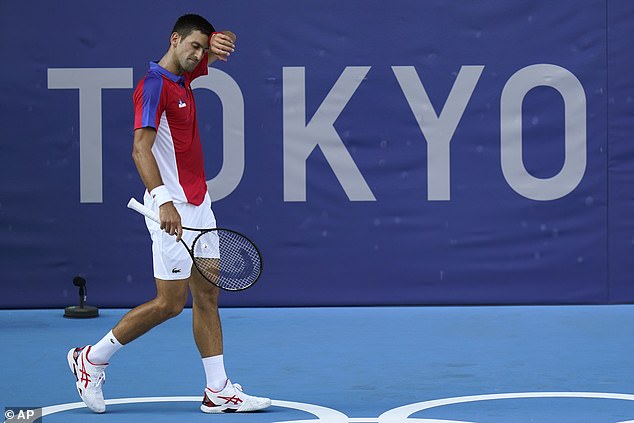