Heartbreak for Team GB canoeist Adam Burgess as he narrowly misses out on a medal in Tokyo by just 0.16 SECONDS after coming fourth in men’s slalom with Slovenia’s Benjamin Savsek claiming the gold medal

Team GB canoeist Adam Burgess suffered agony in the men’s slalom as he missed out on a podium place by just 0.16 seconds – with Slovenia’s Benjamin Savsek going on to claim gold in Tokyo.

Burgess had to make do with fourth place after registering a time of 103.86, with Germany‘s Sideris Tasiadis narrowly beating him to a bronze medal with 103.70.

Lukas Rohan of the Czech Republic walked away with the silver medal after notching a time of 101.96 but it was Savsek who was victorious as the Olympic champion with an impressive 98.25.

Team GB’s Adam Burgess was unfortunate to miss out on a medal in the men’s slalom as he finished fourth – but only by 0.16 seconds 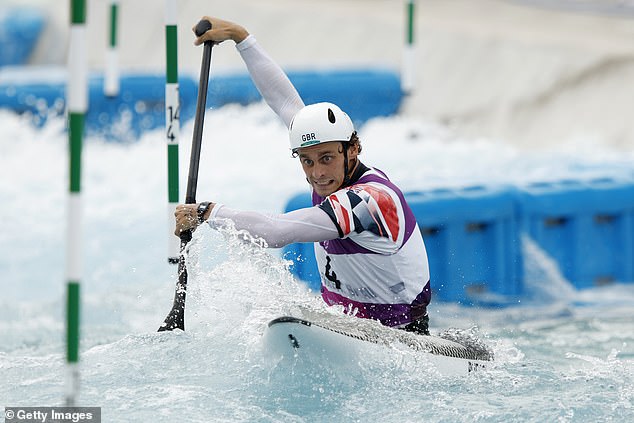 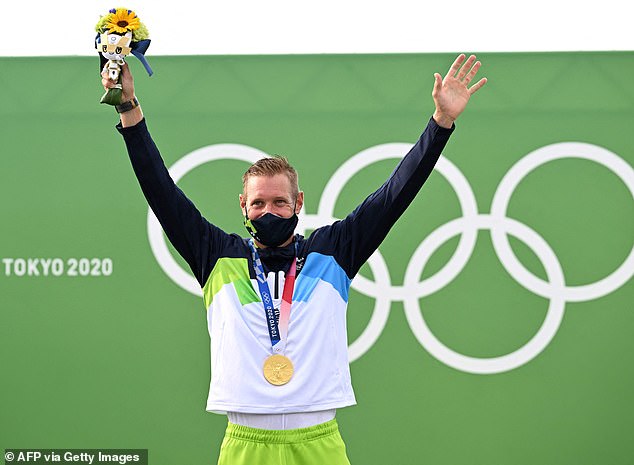 Slovenia’s Benjamin Savsek walked away as the Olympic champion with a time of 98.25