X Factor ‘AXED’ after 17 years! Simon Cowell ‘pulls plug’ on ITV talent show because he doesn’t want it to ‘become a bit of a joke’

By Ellie Phillips For Mailonline

X Factor has reportedly been axed after 17 years.

Simon Cowell, 61, is said to have pulled the plug on the ITV talent show – which last aired in 2018 – because he doesn’t want it to ‘become a bit of a joke.’

While around the world, the format is still successful, it seems that the music mogul has accepted that in the UK ‘it has become slightly stale’ and so has decided to ‘shelve it’ for five years, but sources are claiming its now ‘unlikely’ to ever return.

What!? X Factor has reportedly been axed after 17 years

A show insider told The Sun: ‘Globally, it is still a phenomenon and rakes in millions every year. But in the UK, there is no question it has become slightly stale.

‘Simon remains at the top of his game and knows how to make a hit. He owns the rights to the show, and it’s his call — not ITV’s — whether or not he drops it.

‘Clearly the last thing he wants is for X Factor to fizzle out with a whimper and become a bit of a joke — especially in contrast to the show in its pomp.’

The source explained that there is the option for Simon to return the talent show in 2023, which would see auditions take place next summer, however the entrepreneur is thought to be focused on his new game show Walk The Line.

The presenter admitted he is missing filming the show, which launched in 2004, adding: ‘You do miss it, definitely. You work with people for the best part of 10 years and you become a really tight team.

‘And you do miss the buzz of a Saturday night show. There’s something great about it.’

The talent series was halted in 2020 when coronavirus hit, rendering it impossible to produce the show, which involves mass gatherings for open public auditions. 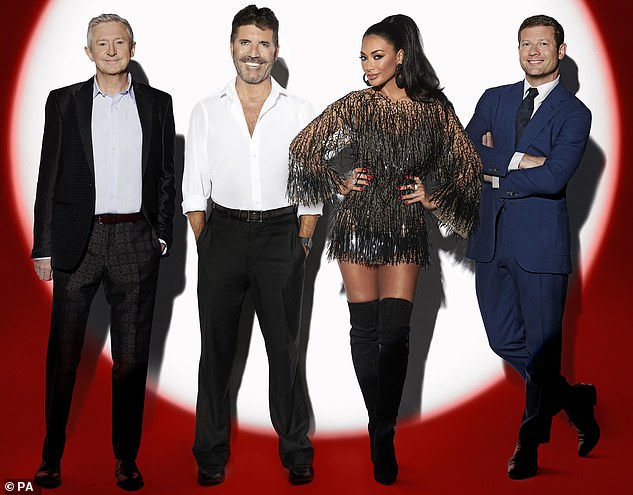