By Ian Herbert For The Daily Mail

A new teenage American gymnastics prodigy was crowned Olympic champion on Thursday, in the eye-line of the one who had found the suffocating weight of expectation too much.

Moments before 18-year-old Sunisa Lee performed the concluding floor routine which took her to gold, she looked into the area of seating where Simone Biles had spent the competition. No words came down from there. Lee was alone, taking the hopes of her nation into 90 seconds of cartwheeling gymnastics.

She delivered, surpassing the performances of the two Russians and a Brazilian who had threatened US supremacy in the women’s individual all-around final which goes back to 1992. 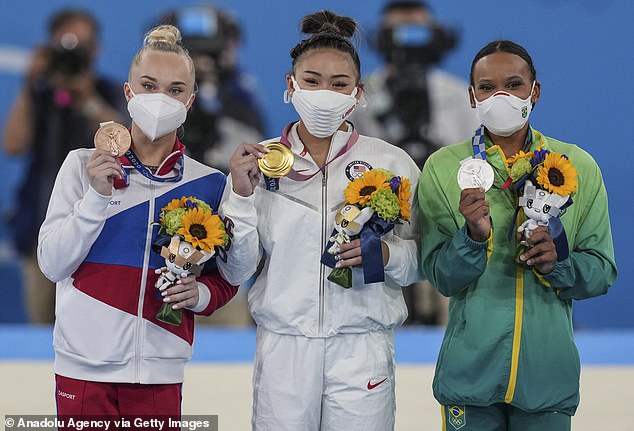 As Lee approached the floor, Jessica Gadirova was quietly stepping up to perform a concluding vault which saw her become the first British representative to make the top 10 in this competition.

It was courageous of Biles to be there. ‘It means a lot to me just to have her in the arena. She’s an inspiration to me,’ Lee said.

Yet the 24-year-old’s state of distraction was painful to behold. Having initially shouted encouragement to competitors of all nationalities — gymnasts who would not have held a candle to her, had she competed — Biles spent a lot of the time lost in her phone. She did not seem to be watching some of the performances of Lee and Jade Carey, who stood in for her and finished ninth.

Lee competed on the edge, taking risks in an all-out effort to fend off the Russians and the Brazilian Rebeca Andrade, who led after the first discipline. 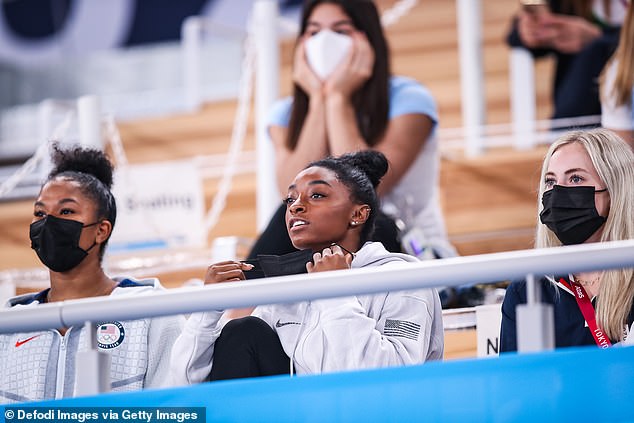 Her Olympic hopes flashed before her eyes in the split second she fractionally lost her balance on the beam, while executing a third spin. It was testimony to her upper body strength that she recovered from that moment. The gold hinged on it.

Gadirova fell from the beam during her own routine. Yet within minutes, she was waving into the camera. ‘It is quite cool to become the first one to do it,’ she said of her top-10 finish. ‘I was a bit annoyed I had the fall on the beam but I tried to perform the best I could.’

Her sister Jennifer finished 13th. The Gadirovas, who urged each other on in the same group of performers, remain one of the delights of Team GB.

For America, Lee provides a welcome new narrative about diversity and inclusion. The 18-year-old is from one of the American Hmong communities, who entered the US as refugees during the Vietnam War in the 1970s.

‘The Hmong community are the most supportive people ever and I just feel like many of their people don’t reach their goals,’ Lee said after taking gold. ‘I don’t know why this is. But I want my people to know that you should follow your dreams. Don’t give up on your dreams.’ 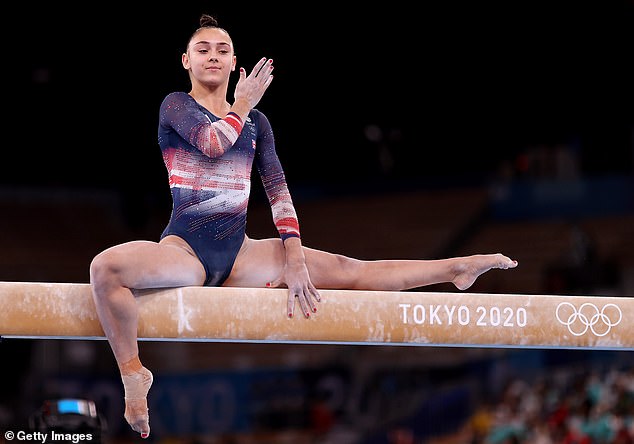 Hers is also story of perseverance. In June last year, she broke her foot and has struggled so much to recover from that she even felt pain when stepping out to compete on Thursday.

Down in the post-competition mixed zone, conversation ranged through all this, to the pride in her felt by her father, paralysed in an accident in 2019, and how she has dealt with online abuse.

There was too much delirium washing around down there to ask how Lee might avoid the kind of pitfalls that have made this such a torrid time for Biles. Hopefully, gymnastics will learn.