Australia has claimed its tenth gold medal at the Tokyo 2021 Olympics, surpassing the country’s disappointing results at the London and Rio games.

On an action-packed day seven, sailor Matt Wearn secured a gold medal two days before the final race after taking an unassailable lead in the one-man Laser class.

Having started the day behind Cyprus’ Pavlos Kontides, the 25-year-old managed to win both of Thursday’s heats, putting him far enough ahead on points to clinch the event.

Wearn kicked-off Friday’s race in rocky fashion, finishing 17th and 28th in the first two heats, but later finished second, fourth, second, second, first and first across the next six.

On Friday afternoon Wearn cemented an insurmountable 22-point lead after 10 races and must merely complete the course on Sunday without disqualification.

The medal race on Sunday is worth double points but Norway’s second-placed Hermann Tomasgaard is unable to overtake him. 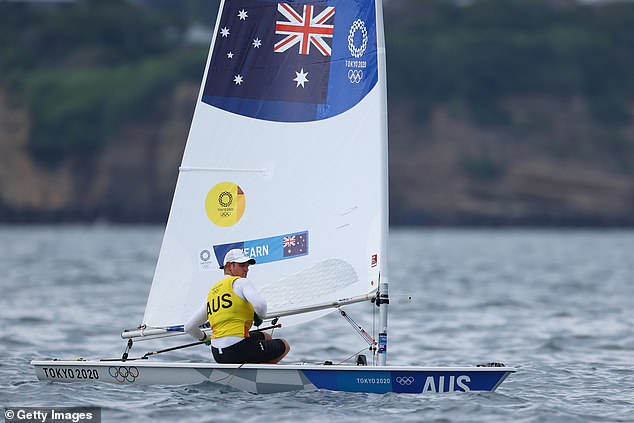 25-year-old Wearn ensured gold for the Australian team when he finished eighth and 12th respectively in both of Friday’s races.

Australia won three consecutive gold medals in the mens Laser competition at both Rio and London’s games, with Tom Burton and Tom Slingsby as the country’s respective winners.

Clocking an Olympic record of 51.96 seconds McKeon took the lead ahead of Hong Kong’s Siobahn Haughey, with fellow Australian Cate Campbell finishing the race at 52.52 to take home the bronze.

The Australian swimmers shared an emotional embrace after the thrilling race with Mckeon telling Campbell, ‘I’m so proud of you.’ 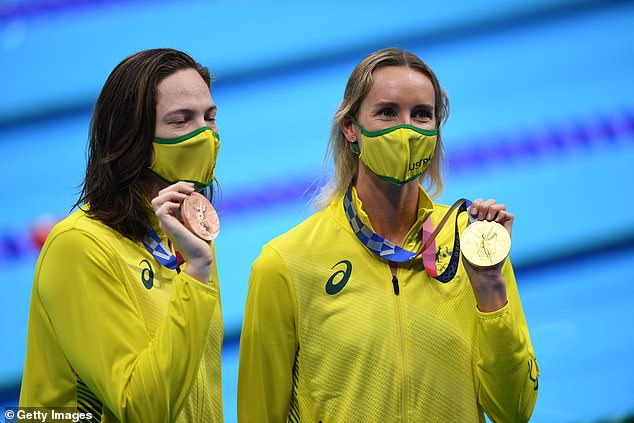