Chris Packham: The Walk That Made Me

Due to the pandemic, we’ve at least been saved from any further trips to Japan – Sue Perkins, Paul Hollywood, James May… they all seemed to be in Japan at one point – but it’s business as usual on the home front, with Michael Ball currently traipsing around Wales, Bruno Tonioli and Craig Revel Horwood faux-bickering somewhere, and that Julia Bradbury, she never sits still. They all tend to follow the same formulaic path, not so much offering a sense of place, more a sense of someone having been picked up from the Hilton, stuck in front of something, filmed delivering some spiel, then it’s all back to the Hilton again. Or Premier Inn if it’s a Channel 5 budget.

But there are occasional exceptions such as Chris Packham: The Walk That Made Me. Here he traced the walk he used to make with his father, along the River Itchen in Hampshire, which is where he discovered nature, and therefore himself, and it was a delight and a joy, even if it was sometimes sad. Plus, most thankfully, not a Hilton in sight, nor a Premier Inn, or that pedestrian crossing in Tokyo which, frankly, may well be the busiest in the world but I never want to see again. 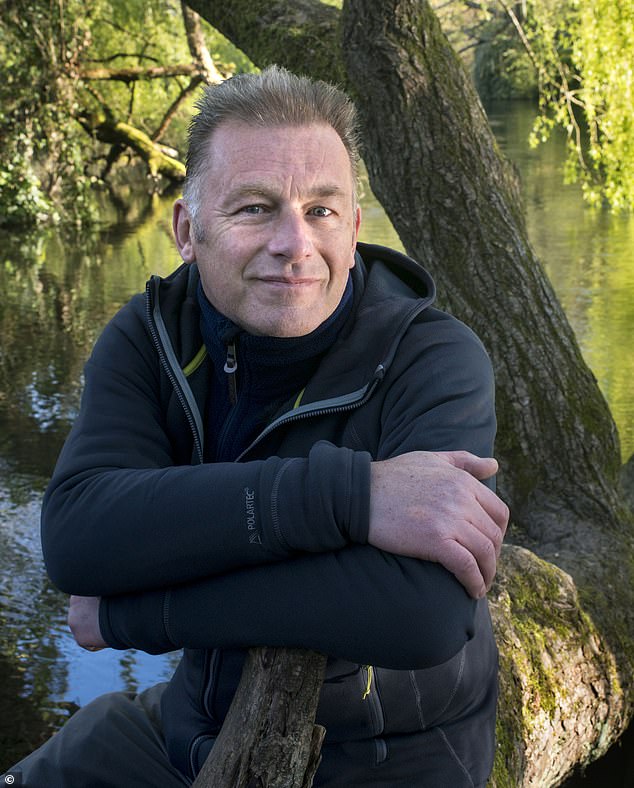 I am not a fan of the ‘celebrity travelogue’. But there are occasional exceptions like Chris Packham: The Walk That Made Me which saw Chris trace the walk he used to make with his dad

If you watched Packham’s affecting documentary Asperger’s And Me (2017), you’ll wonder if we can see Packham as ‘we’ve never seen him before’, which is what the BBC blurb promised, but that doesn’t matter. Packham is endlessly fascinating. There is always this sense that he doesn’t just like nature, or love it, but needs it. He has always had trouble connecting with people but the natural world became his friend, and sometimes his only friend apart from, of course, his beloved late poodles, Itchy and Scratchy. I could listen to him all day, I’m not sure why. Because he can’t be fake?

Back to the River Itchen, where Packham filmed himself with a hand-held 360-degree camera. This meant there was no crew, and no producer telling him it’s time to go down the old mine that’s now a museum. (To travel-show producers everywhere: enough with the old mines that are now museums.) Instead, a robin sang, blackthorn blossomed and minnows darted. Packham supplied the info and, if not, there were captions. Despite the Asperger’s, he stopped to chat to passers-by, wild swimmers, a family, a pair of cyclists, a woman out walking her standard poodle, Molly. Packham, who has kept poodles since boyhood, was in raptures. ‘Good to meet you,’ he tells Molly before walking on. It was charming.

He could be funny too. He was funny about his mother’s cakes – ‘good mum, very poor baker’ – that were so dry, when he and his father threw a crumb to a trout it spat it back out. Not all his memories were good. He remembered coming here on his 18th birthday, before his Asperger’s had been diagnosed. On that day he felt so bleak that he got up super-early, before his family could wish him happy birthday, as he did not want to celebrate. ‘I hated myself,’ he said. ‘I got on a bus, came here, and wandered around on my own. I didn’t know what else to do.’

There were also reflections on his own mortality (he’s now 60) as he puffed up the hill he used to ‘breeze up’ as a boy and he added that, when his time comes, he wants to have his ashes mixed with those of Itchy and Scratchy, and together they’ll be scattered over woodland.

I’ve made the programme sound depressing but it wasn’t. It was a joy, and a delight, if sometimes sad. I’d walk with Packham any time, anywhere, except over that crossing in Tokyo. Really never want to set eyes on it again.

Ted Lasso is one of those shows that’s been so talked about and is now so award-winning – a hundred Emmys or something – that you imagine you’ve watched it, until you remember you haven’t. I imagined I’d watched it, before I remembered I hadn’t, but now I’ve caught up and, well, it’s fine, but that’s about it.

It’s a comedy drama about an American football coach who is brought in to manage a British premiership team without having any experience whatsoever. Unusually for a sitcom, Ted is not an unpleasant character. Ted, played by Jason Sudeikis, is kind and sweet and goofy. But is it funny enough?

There are some good gags. This week a footballer appeared on This Morning, which had Holly Willoughby saying: ‘After the break, have scientists really discovered low-fat custard which doesn’t make you fat?’ And I did laugh. But mostly it is cartoonish.

We’re up to episode two of season two – it’s playing weekly – and I may carry on watching, if I remember. Yet there’s no saying I will. It’s one of those.