By Jonathan McEvoy for the Daily Mail

Chaos deepened in the toxic British rowing squad yesterday, when the most outspoken critic of former chief coach Jurgen Grobler appeared to have been cropped out of a celebratory picture of their medal ceremony by his own team-mate.

Josh Bugajski, who won bronze in the men’s eight on Friday, caused a schism among his fellow rowers when he accused Grobler of ‘destroying’ athletes with his tough training regime.

But yesterday Ollie Wynne-Griffith, who rowed in the same boat, posted a picture on Instagram with the caption: ‘Pictured: Eight great blokes. Olympic bronze medallists.’ 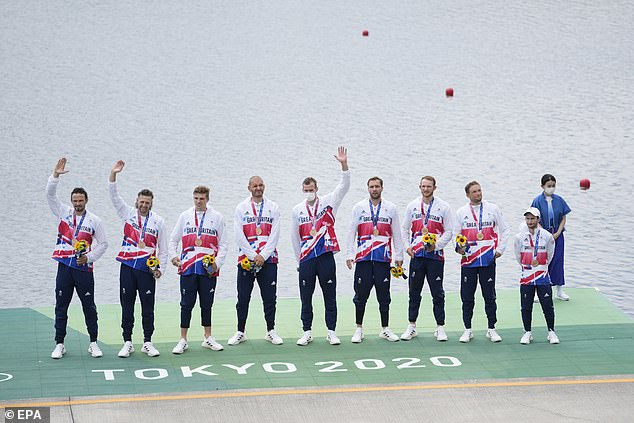 Bugajski, standing at the end of the line on the ceremony pontoon, is cut out of the image, leaving just seven rowers and cox Henry Fieldman in the frame.

This latest joust comes as The Mail on Sunday has learned that the Olympic squad were split over whether Grobler should stay or go when the subject of his future was aired about a year ago.

In the end he was effectively pushed out last August, because the new hierarchy at British Rowing were unwilling to let him stay just until the end of the delayed Tokyo Olympics — a one-year extension on his previous contract — and instead insisted that he commit to Paris 2024, by which time he would be turning 78.

It is understood that Grobler, who turned 75 yesterday, has been working as a consultant to the French rowing squad in the build-up to Tokyo and that the arrangement will be formalised in the coming weeks.

He is keen to spend more time in that area of Europe because his son and family live in Switzerland.

‘Jurgen was never going to agree to the length of contract he was nominally being offered, and to demand that he must accept those terms was akin to putting a gun to his head,’ one source told this paper. 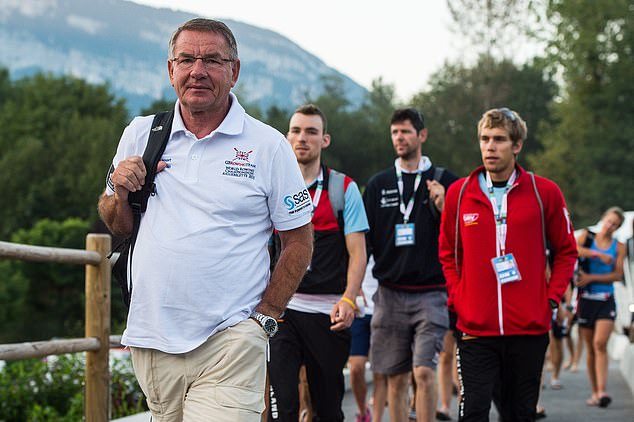 ‘They wanted him out and wanted to change the ethos from a hardcore approach he stood for and bring in a more modern and what they call ‘transparent’ way of operating. Yes it was part of the so-called culture war.’

The immediate result for Britain here has been 14th place in the rowing medal table, with just one silver and a bronze to show for £24.6million of National Lottery funding. Britain headed the list in the last three Olympics. France finished fifth in the standings.

Writing in The Mail on Sunday, Hugh Matheson, Grobler’s biographer and Olympic silver medallist in the eight at Montreal in 1976, questioned whether the younger members of the squad had pushed out the German. 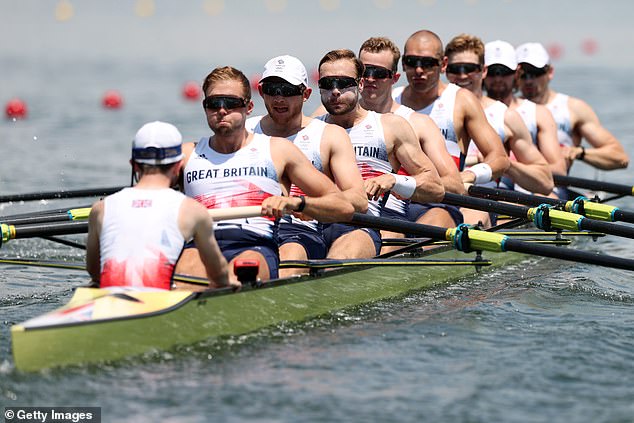 ‘The younger athletes who have Paris 2024 in their sights, along with some who were less likely to make the team this time, wanted immediate regime change.

‘Those older and more successful rowers for whom Tokyo was the last hurrah wanted Grobler’s hand on their shoulders through to the podium.’

Grobler was the most powerful man in British Rowing, working with respected former performance director Sir David Tanner, since coming to the country in 1991 and coached Sir Steve Redgrave to his last three of five Olympic gold medals.

But he was a controversial choice, given his background in the state-sponsored doping programme of his native East Germany. 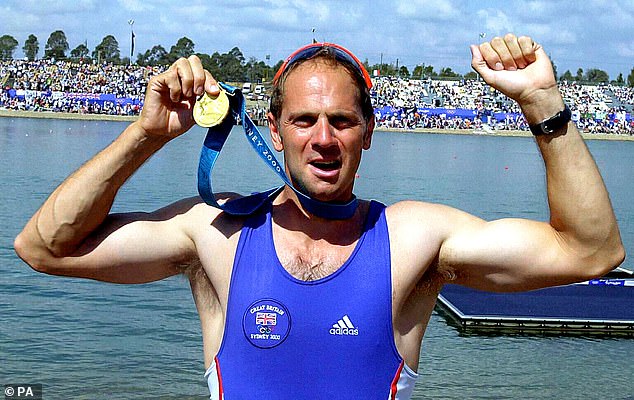 Current director of rowing Brendan Purcell has instigated a new-look team with Steve Trapmore, who was in charge of the eight, one of four ‘lead Olympic coaches’ with specific but limited responsibilities.

Intriguingly, Redgrave was interested in taking over in what is now Purcell’s role three years ago, but was told his application would not win favour.

Purcell denies the rowers were consulted over Grobler’s position. ‘Sometimes you have to make that call,’ he said.