A hungry rat was caught on camera braving traffic to haul a McDonald’s Big Mac burger box over a busy road.

The daring rodent was filmed in Tankersley, South Yorkshire, using all its strength to pull the box into the bushes beside the road.

In the video the rat is seen hauling the discarded burger box, which is roughly the same size as the rodent, over a main road. 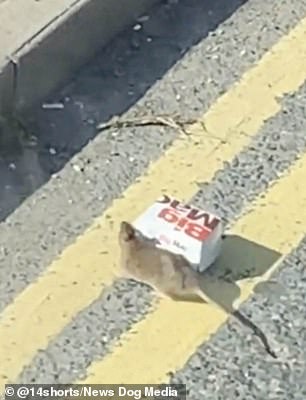 With the burger box between its teeth, the smart rat even manages to negotiate a kerb whilst still dragging the junk food.

But before he can tuck into any leftovers inside, the rodent suddenly darts off into nearby undergrowth.

The trucker who filmed the video, identified only as Chris, said a crow had already hoovered up the left-over fries before the rat arrived.

The video has a racked up three million views on TikTok since it was posted on July 1, and caused plenty of amusement.

More than 3,000 people have left comments about the comical video and shared their best puns. 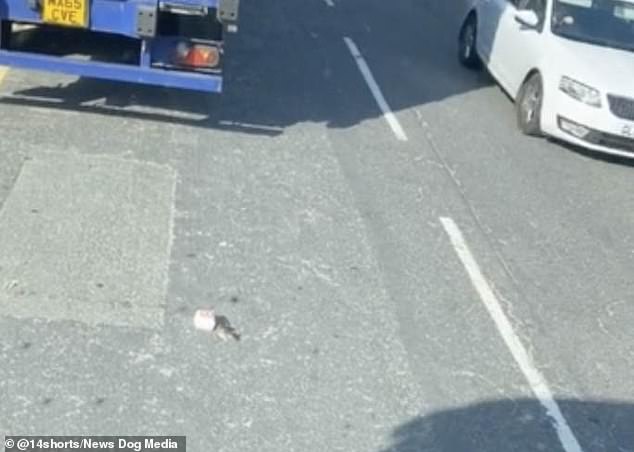 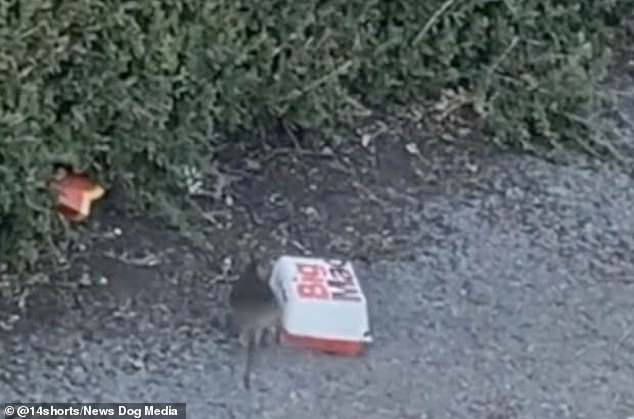 He successfully dragged the box across the road, up onto the pavement before scurrying off into the bushes

‘He didn’t want fries with that,’ one person joked.

Chris often posts comical videos of the sights he sees from his truck, including police pulling people over, people on building sites and cars on fire on the side of the road.

Its antics echo that of New York’s famous Pizza Rat, who was spotted dragging huge slices of pizza through the subway.

The rat has been seen several times dragging pizza along the 6 train subway line at Lexington Avenue-59th Street in Manhattan.

The pizza slice was coated in grime as the rat was determined to lug it down the subway tracks.