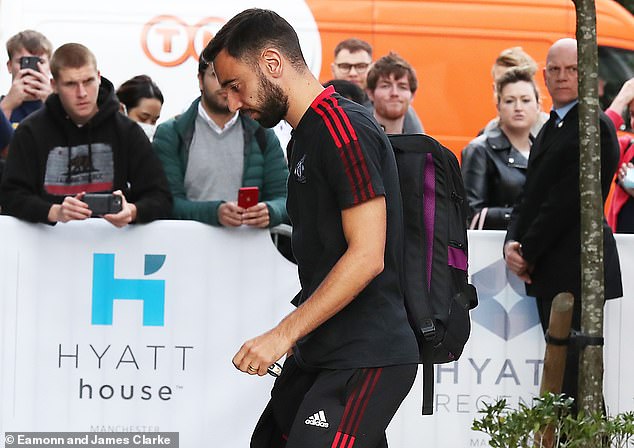 Are you sure, Ole?! Cristiano Ronaldo, Paul Pogba, David de Gea, Harry Maguire and Raphael Varane ALL look set to have the night off as Solskjaer’s Man United squad arrive at hotel ahead of West Ham Carabao Cup clash

By Sam Blitz For Mailonline

Ole Gunnar Solskjaer’s side host the Hammers on Wednesday night looking to advance into round four and the Red Devils boss is set to fill his squad with fringe players and youngsters as he gives his first-team stars a rest.

United’s players stepped off the team bus at the Hyatt Hotel on Wednesday as they make the final preparations ahead of their Old Trafford encounter, with Ronaldo not seen in and amongst the travelling squad in Manchester city center.

Manchester United appear to have rested Cristiano Ronaldo for their Carabao Cup clash with West Ham, but Bruno Fernandes (above) has travelled with the squad 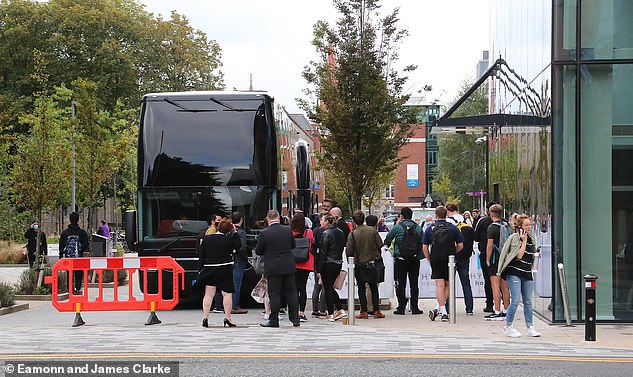 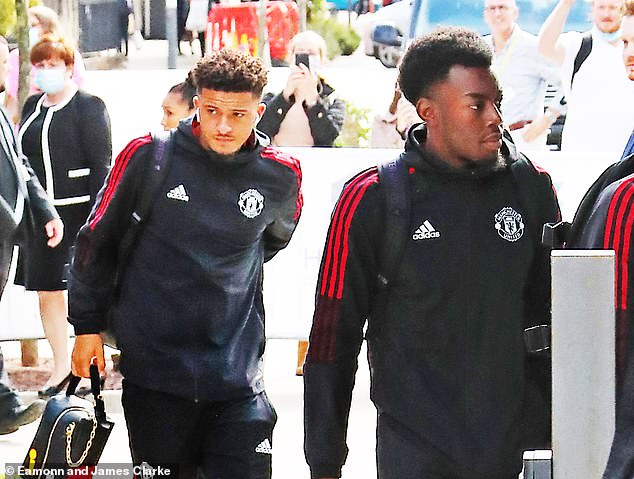 First-choice centre-halves Varane and Maguire were not present, with Victor Lindelof, Eric Bailly and Phil Jones – who is looking to make his first senior appearance in 20 months after a knee injury – seen entering the hotel ahead of the clash.

Dean Henderson could make his United return after his troubles with coronavirus – with the England international coming off the bus with Tom Heaton – with no sign of regular No 1 De Gea in Manchester on Wednesday. 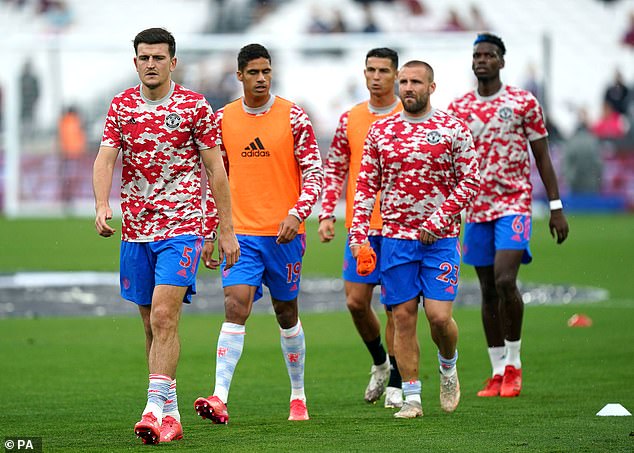 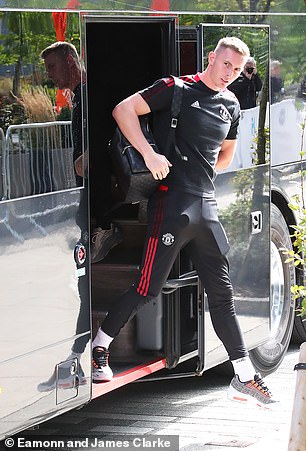 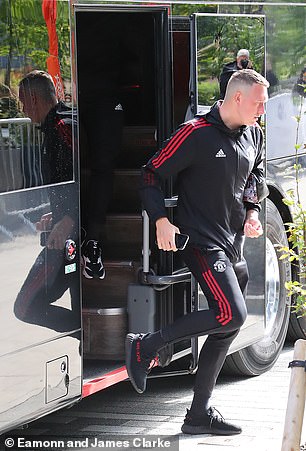 Nemanja Matic, Mason Greenwood and Aaron Wan-Bissaka, who all played in United’s last match at West Ham on Sunday, were also part of the travelling squad to the hotel.

There was also a spot on the team coach for 19-year-old forward Anthony Elanga, who made two appearances for the first-team and scored one Premier League goal for the Red Devils last term. 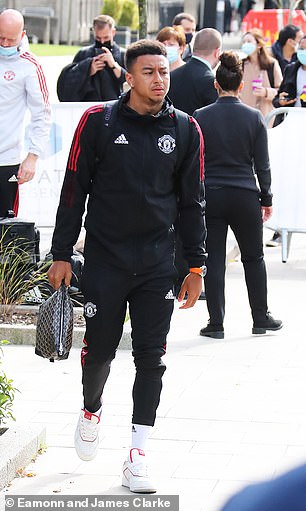 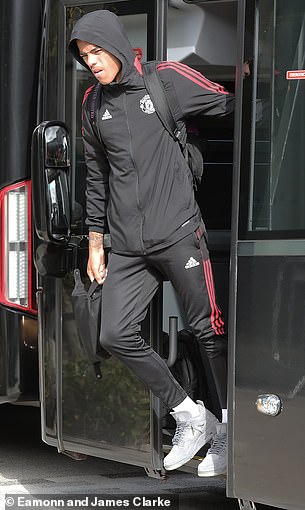 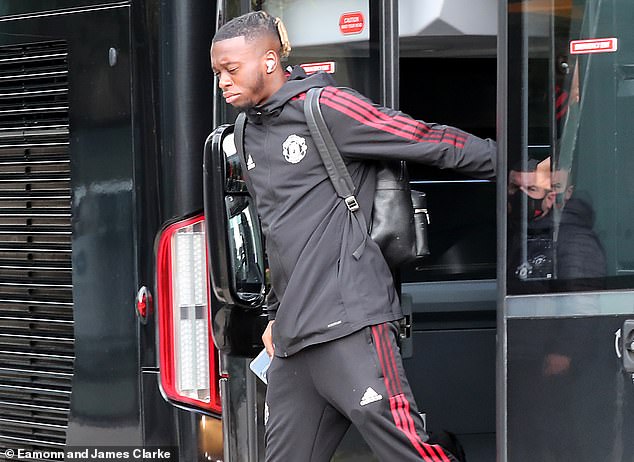 United boss Solskjaer revealed this week that he is likely to rest players for the Carabao Cup trip tonight, ahead of a busy week that sees the Red Devils host Aston Villa on Saturday lunchtime before taking on Villarreal in the Champions League next Wednesday.

‘We lost nobody on Sunday so it’s the same squad or same pool of players to choose from,’ Solskjaer told the United official website. ‘We know it’s early on in the season and some need minutes to get their proper fitness up so I will make a few changes.’

West Ham, meanwhile, are also likely to make some alterations to their starting eleven, with David Moyes’s side heading to Leeds on Saturday before taking on Rapid Vienna in the Europa League next Thursday. 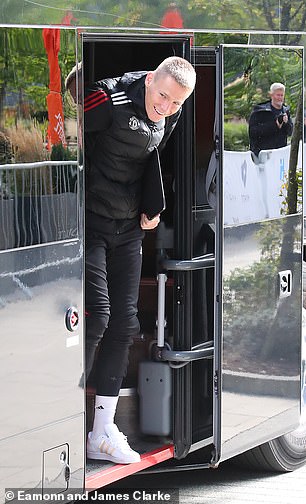 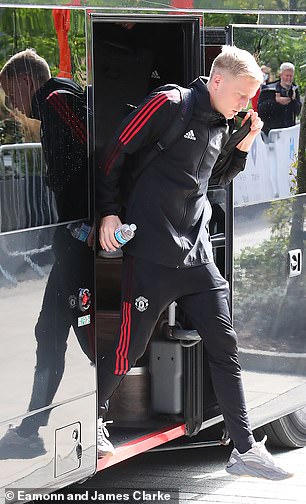 Hammers captain Mark Noble, who missed a stoppage time penalty in the club’s 2-1 Premier League loss to the Red Devils on Sunday, could get a chance to make amends by starting in Manchester.

He told Hammers TV: ‘I’m sure that the boss will make some changes because of the games coming up and the amount of games the international boys have played already, so we’ll see what team he picks.’