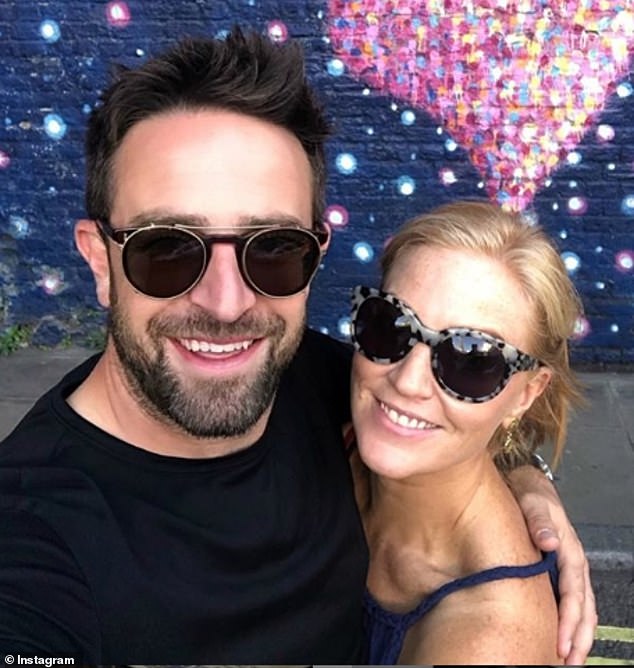 Sky News host Sarah-Jane Mee, 41, welcomes a baby girl with fiancé Ben Richardson as she gushes the newborn has ‘stolen their hearts’

By Laura Fox For Mailonline

Sky News host Sarah-Jane Mee has given birth to a baby girl with her fiancé Ben Richardson.

The presenter, 41, confirmed she’d welcomed her bundle of joy this week in a sweet social media post on Tuesday, with a snap of her daughter’s baby grow boasting the sweet slogan ‘Breaking news, baby Richard has arrived.’

In April Sarah-Jane previously revealed she was planning to have a home birth so she could have fiancé Ben at her side due to the COVID-19 pandemic.

Baby news! Sky News host Sarah-Jane Mee has given birth to a baby girl with her fiancé Ben Richardson 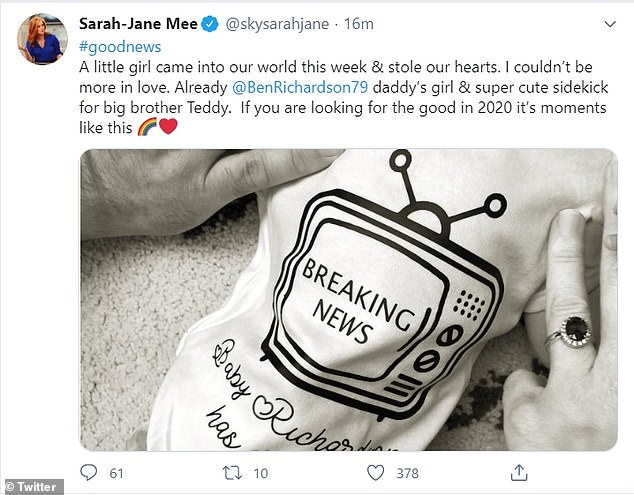 It’s a girl! The presenter confirmed she’d welcomed her bundle of joy this week in a sweet social media post on Tuesday

Sarah-Jane captioned her post: ‘#goodnews A little girl came into our world this week & stole our hearts. I couldn’t be more in love.

‘Already @BenRichardson79 daddy’s girl & super cute sidekick for big brother Teddy. If you are looking for the good in 2020 it’s moments like this.’

Among those who rushed to share their congratulations for Sarah-Jane and Ben was Piers Morgan, who responded: ‘Great news! Congrats to you all.’

Sarah-Jane and Ben revealed their pregnancy news in a spread in Hello! Magazine in January after dating for 16 months,

The broadcaster – who started her career at Sky as a runner for Sky Sports – previously opened up on how she knew Ben was the right man to have children with.

She explained: ‘I have been very open in the past about not wanting to have children on my own; I only wanted to have them with someone but I had not met that person.

‘It wasn’t until I met Ben that I thought he was completely the person I want to have children with. It was an absolute no-brainer.’

Sarah-Jane became an anchor on Sky Sunrise three years ago, replacing Eamonn Holmes, who had been in the role for 11 years – and she now presents The Sarah-Jane Mee show.