The Anchoress gets to the heart of grief in The Art Of Losing, showing it’s not so much five stages as six emotions at the same time

How many pop stars are there with a PhD? Two come straight to mind: Dr Brian May, the Queen guitarist and expert on zodiacal dust, and Professor Brian Cox, once a member of D:Ream, now the thinking woman’s particle physicist.

There is one musician who did the PhD first – and she’s not even called Brian. Catherine Anne Davies, Welsh-born and Aylesbury-bred, published an academic study of American poetry before she released an album.

She’s a self-confessed ‘book nerd’, not that you would know it from her musical persona. As The Anchoress, with her fox-red hair and leopardskin suit, she oozes charisma. 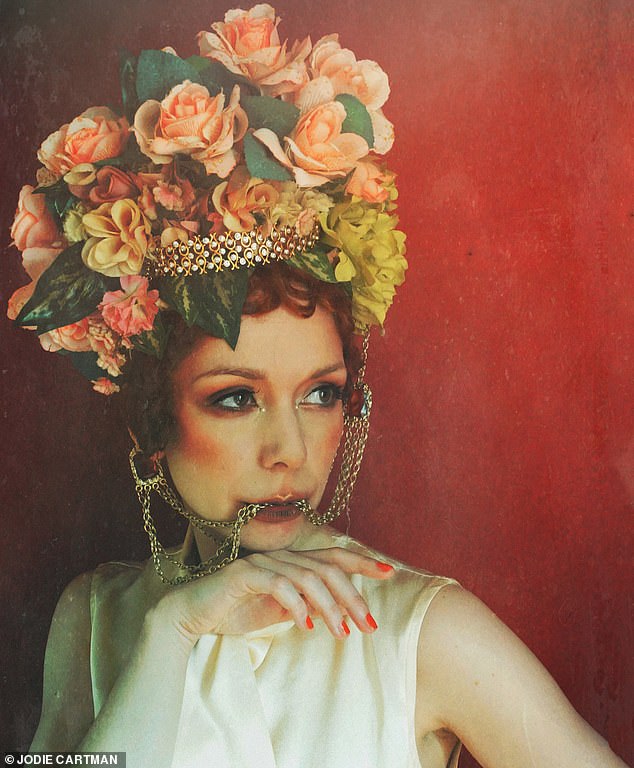 Catherine Anne Davies (above), Welsh-born and Aylesbury-bred, published an academic study of American poetry before she released an album

When she guests with Simple Minds or Manic Street Preachers, she lights up the stage. Dr Davies is a proper pop star.

She is also a gifted writer, as her titles confirm. Last year, under her real name, she released a record with Bernard Butler, In Memory Of My Feelings. Now comes her second album as The Anchoress, The Art Of Losing – a quote from the poet Elizabeth Bishop.

On the lyric sheet every track has a literary epigraph, ranging from Margaret Atwood to Dostoevsky.

In the songs themselves, the bookishness takes a back seat to matters of life and death. Davies wrote them while coping with the loss of her father, multiple miscarriages and cancer (caught early, thankfully).

Somehow she translates all this trauma into memorable music.

The faster songs are rousing electro-rock, played on vintage synthesisers yet strikingly visceral. If you enjoyed the soundtrack to It’s A Sin – 1980s hits such as Eurythmics’ Sweet Dreams and OMD’s Enola Gay – you’re going to love Let It Hurt and Show Your Face.

Davies’s voice, like Annie Lennox’s, mixes vulnerability with verve. She gets to the heart of grief, showing it’s not so much five stages as six emotions at the same time. And she turns it into something life-enhancing.