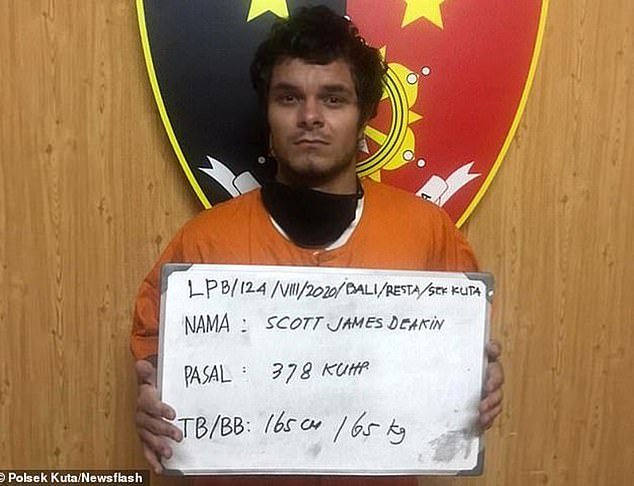 Tony Hetherington is Financial Mail on Sunday’s ace investigator, fighting readers corners, revealing the truth that lies behind closed doors and winning victories for those who have been left out-of-pocket. Find out how to contact him below.

They told me I was a victim of mis-selling, and they would get me compensation, but I know the company which installed the panels went into liquidation.

Anyway, they work well and I was not mis-sold.

Arrested: Scott Deakin was held in Indonesia for allegedly defrauding a hotel by paying with a dud credit card

Tony Hetherington replies: JSD Group is barely a year old, but within weeks of opening for business its advertising included some impressive testimonials.

John, from County Down, recovered £28,772 and wrote: ‘I feel absolutely made up that I can send my only grandchild to further education. JSD Group, thank you from the bottom of my heart.’ And Jillian, from Manchester, won compensation of £12,098. She said: ‘God bless you guys, you really listened to everything and the information you highlighted was really helpful for me.’

Because of the work I do to help readers get money back from dodgy companies, I know just how long this can take. The idea that a new company could come along in March of last year, advertise, recruit customers, investigate their claims, gather evidence, submit that evidence to whoever was on the other end of the complaint, and then emerge with huge compensation payments – and do all of this in just a matter of weeks at exactly the moment the country was reeling from the first lockdown – is quite simply unbelievable.

On the timeshare front, JSD has clearly got hold of old lists of people who bought timeshare. One person they contacted was asked to pay £600 up front and was promised a complete refund of the original cost of their timeshare. Even when they explained that they had managed to get rid of the timeshare 20 years ago, JSD still assured them they were entitled to a full refund.

As for solar panels, yours were installed more than ten years ago by Solar Fusion Limited, a Bournemouth company that went into liquidation in 2017. You have no complaints about them, but again, JSD seems to have got hold of a list of the defunct business’s customers.

Some people contacted by JSD Group say they were told it was authorised by the Financial Conduct Authority as a claims management company. This is false. No such name appears in the FCA’s public register of claims firms. I emailed some questions to JSD, and even offered to publish an interview with a happy customer. JSD did not reply. I telephoned, but my call went straight to a voicemail system that told me JSD’s mailbox was full. So, last Monday, I dropped in on JSD at its address in Raffles Avenue in Carlisle.

If I had expected an office full of legal and financial experts helping victims of dubious companies, I would have been disappointed. All I found was an ordinary house, with nobody at home except a barking dog.

As for who is behind JSD, this raises a whole new question. Company records say JSD Group is owned and run by one man, Scott James Deakin. Yet I know that from at least July 21, 2020 onwards, Deakin was not even in Britain. He was in Indonesia, where he was arrested on October 25 for allegedly defrauding a hotel by paying with a dud credit card.

Perhaps he was a front man for whoever is really behind JSD. Perhaps he was not even aware that his name had been used. But he cannot genuinely have been in sole charge of the Carlisle company while at the same time being thousands of miles away for months on end.

Either way, nobody approached by JSD Group should part with a penny. There are far too many unanswered questions for comfort.

No one will refund lost flight

Mrs E.C. writes: I am writing in desperation as I cannot get a resolution regarding a flight to Jersey that I lost when Flybe went into liquidation.

I paid £271 with my M&S Bank card, but M&S rejected my claim, saying I should apply to the travel agent, which was Gotogate International, with an address in Sweden. 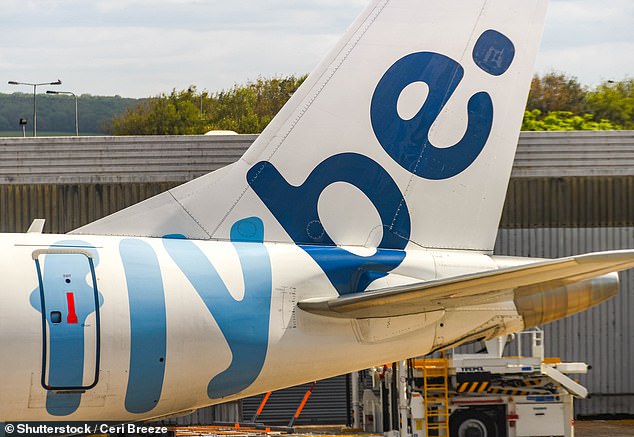 Desperate: Mrs E.C.’s flight refund was not forthcoming when Flybe went into liquidation

Tony Hetherington replies: You wrote to Gotogate but received no reply, so you tried M&S again, and were told to claim on your travel insurance. But the insurance company said the failure of the airline was outside its remit.

I approached both Gotogate and M&S. Gotogate told me: ‘As a travel agency, we act strictly as an intermediary and are not liable for the present situation.’

I am not sure I agree, but fortunately, M&S reconsidered and explained that while it was right to advise you to claim against Gotogate, when you received no reply, M&S should have used the chargeback system to repay you.

M&S has now refunded the cost of your flight, plus a further £75 by way of an apology.

Ms S.E. writes: ReAssure took over my mother’s with-profits bond from Legal & General at the beginning of 2020.

She died soon afterwards, on January 30 last year, and a Grant of Probate was issued last September.

A copy was sent to ReAssure, followed by letters, and each time we were told the claim would be dealt with in no more than ten working days, but no payment was ever received.

Tony Hetherington replies: ReAssure has told me that your late mother’s bond was not actually  transferred to it until last September. However, Legal & General had asked for a copy of the death certificate last February, and this was still awaited.

By October, ReAssure had the Grant of Probate but had not followed up on the need for the death certificate. It has now obtained this and has paid out £144,673 to your mother’s estate, plus interest of £1,441.

A spokesman said: ‘We are sorry for any upset and have arranged for a payment of £500 to be made to say sorry for our part in the delay in settling the claim.

If you believe you are the victim of financial wrongdoing, write to Tony Hetherington at Financial Mail, 2 Derry Street, London W8 5TS or email [email protected] Because of the high volume of enquiries, personal replies cannot be given. Please send only copies of original documents, which we regret cannot be returned.

THIS IS MONEY PODCAST