The Hockeyroos have made their best start to an Olympics, scraping a 1-0 win over New Zealand to make it four straight victories in Tokyo.

The three-time Olympic champions entered the Games under pressure, with a new coach and their culture in question after claims of body-shaming and bullying led to an external review.

But they have powered to the top of their pool with an 11-1 differential after four games, with two-time Olympic champion Katrina Powell now eyeing another medal as coach.

The Hockeyroos had 15 circle penetrations to New Zealand’s five, with Emily Chalker’s neat deflection from a tight angle the difference in another tense clash between the trans-Tasman rivals. 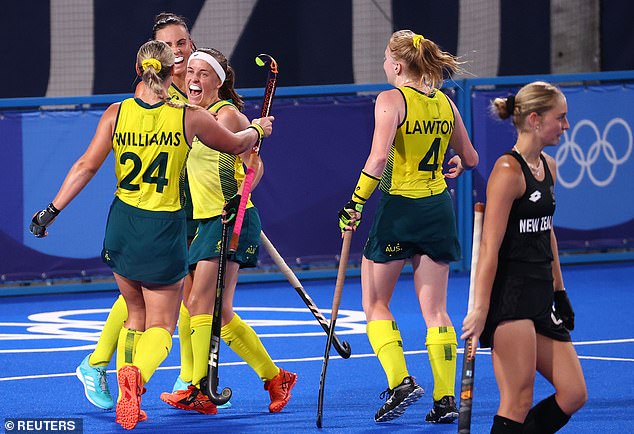 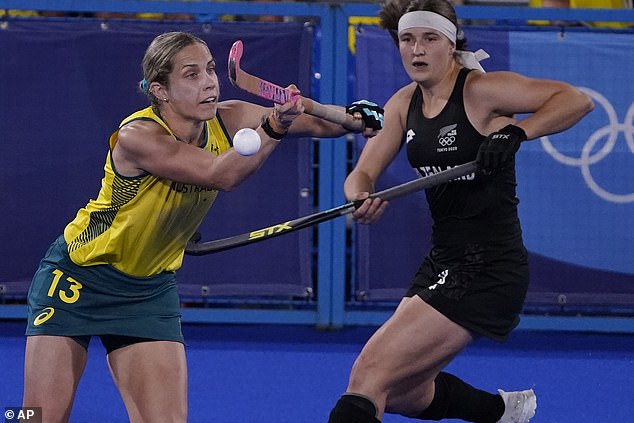 Chasing the equaliser, New Zealand took off their Australian-born goalkeeper Grace O’Hanlon, who had earlier denied Stephanie Kershaw with a sharp close-range save, with four minutes to play and played with 11 outfielders.

But the Hockeyroos held their nerve, just a day after beating Japan by the same scoreline.

They showed they had more gears in 6-0 and 3-1 defeats of China and Spain, respectively, to begin their tournament.

The Hockeyroos’ final pool game is on Saturday against Argentina, with Australia, importantly, set to top their pool and avoid heavyweights, Germany and the Netherlands, in a knockout quarter-final.

The Netherlands have won their four games with a combined score of 15-1 in Japan in a tough pool that includes Rio gold medallists Great Britain and impressive Ireland, who are set to finish fourth.