Mikel Arteta consulted with Bukayo Saka about signing Ben White, it has been revealed.

Saka and White were together in the England squad at Euro 2020 although White played no minutes at the tournament, depriving the Arsenal boss of seeing his top transfer target on the international stage.

According to The Athletic, he sought the advice of Saka, who brought back encouraging reports about the 23-year-old defender and led Arsenal to push on and sign White from Brighton for £50million. 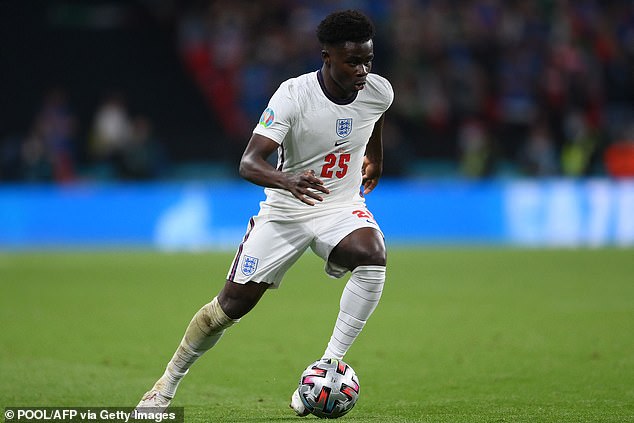 The report said Arteta ‘ checked in with Bukayo Saka to get the youngster’s view on his potential new clubmate’ adding that the midfielder’s feedback was ‘overwhelmingly positive’.

White has also been complimentary of the 19-year-old, saying in his first interview with Arsenal’s website that he was ‘really surprised how talented’ Saka is.

‘So I had a bit with Bukayo over the summer,’ White said.

‘I hadn’t seen much of him before then and he really surprised me how talented he is.

‘I didn’t train against him a lot but some of the other boys did. He’s so sharp and I was really surprised how good he is.’

White, who backed up his fine loan spell with Leeds with another impressive campaign for Brighton last season, is Arteta’s third senior signing of the summer after sealing deals for full back Nuno Tavares from Benfica and midfielder Albert Sambi Lokonga from Anderlecht. 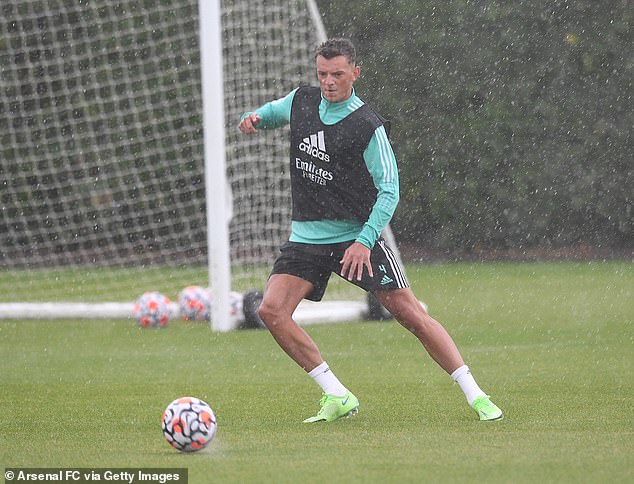 White was also complimentary of Saka, saying he was surprised how talented the 19-year-old is

‘Ben is an intelligent defender who is very comfortable with the ball at his feet and his style fits perfectly with us,’ Arteta said after completing the signing of White on Friday.

‘And of course, he is still young, so his age and profile fits with what we are building here. We are all looking forward to Ben being central to our future long-term plans.’

White added he didn’t need ‘too much convincing’ to join the Gunners.

‘Obviously Arsenal speaks for itself and I spoke to the gaffer a number of times during the summer,’ he said.

‘I got good vibes and the way the gaffer wants to play, I think I can produce quality in this team and hopefully get Arsenal back.

‘I’ve played in the Football League, I’ve played for a number of teams on loan and the hunger’s still there. I’m really happy to be at a massive club like this and hopefully bring the level up of this team. 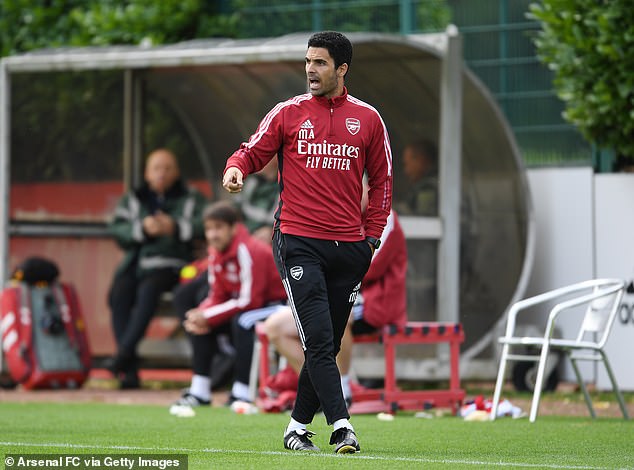 ‘When times get hard in games, I can step up and control situations. I’m very relaxed on the ball and through that I can produce quality in bad moments of the game.

‘My main [position] is obviously centre back. That’s where I’ve developed over the years. I’ve slotted into different positions to help the team and I feel like I can do that to help the team. If I need to do that this season, I’ll definitely be up for it.’

White could make his first appearance for Arsenal on Sunday in a friendly against Chelsea at the Emirates Stadium.