A woman was left horrified after her extensions began to fall out after just two washes and left her with bald patches.

Lacy Price, 27, from Ashford, Surrey, paid local hairdressers £425 to have extensions fitted but she believes instead of the 24 inch Russian virgin hair advertised they actually used horse hair.

The mother-of-four claims that after washing her hair, she found the hair extensions were dry, itchy, and had already started to fall out, leaving her with several bald patches on the back of her head.

Lucy Price, 27, from Ashford, Surrey, was left devastated when her hair extensions which she paid a hairdressers £425 to fit began falling out after two washes and left her with bald patches (pictured) 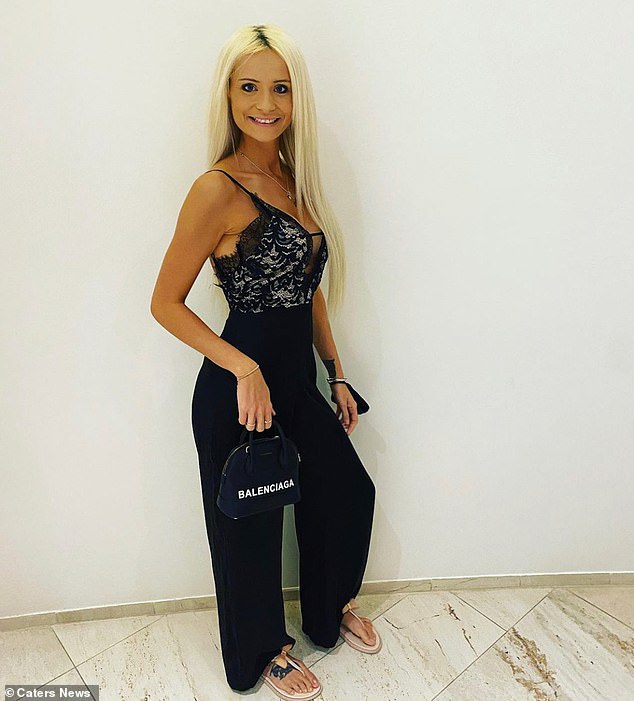 Lacy posted the video of her confronting the salon on TikTok where she received hundreds of comments claiming her hair extensions looked synthetic and were not in fact real human hair.

She explained: ‘I usually do my extensions myself but I wanted to treat myself and I had heard of this salon because they’re very local to me.

‘I had booked in for a full head of hair extensions and after they put them in, it felt fine but until you wash it, you don’t know what the hair is going to look like.

‘After two washes, I started contacting the hair salon to say my hair had gone like straw and is in bad condition – I was ignored. I sent eight emails and didn’t get one response. 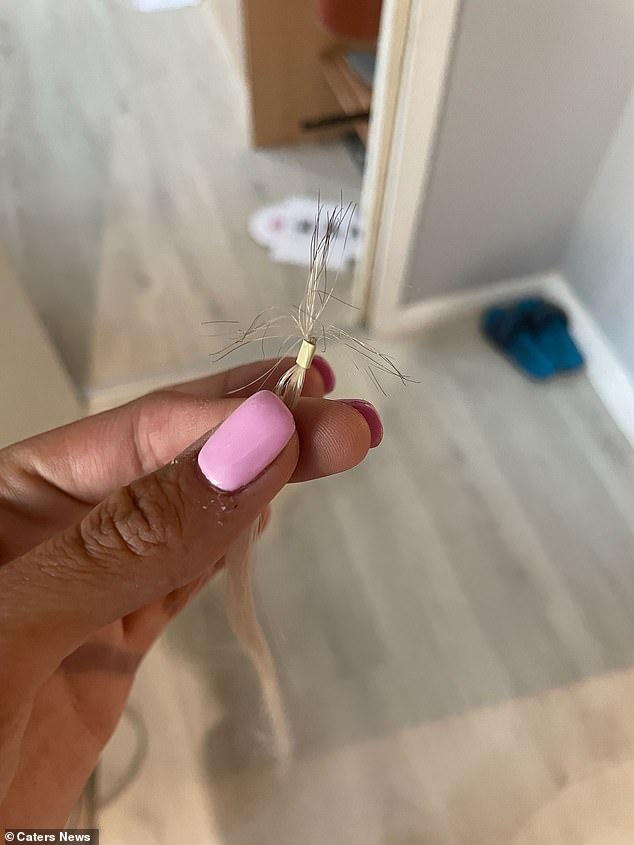 After washing her hair two times, the extensions were dry, itchy, and had already started to fall out (pictured) 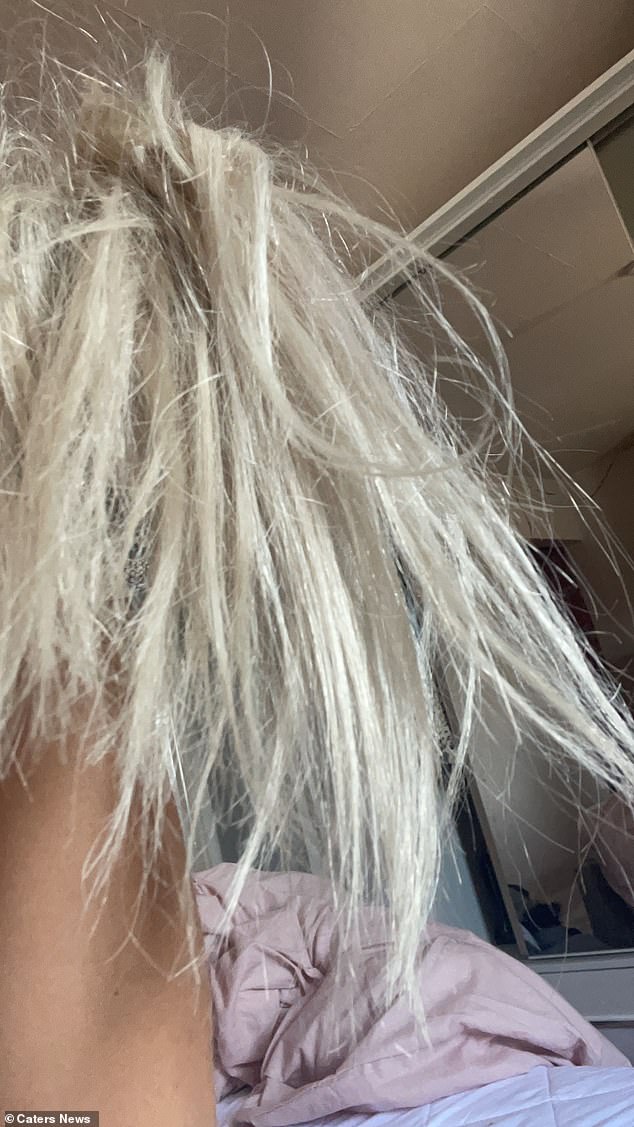 Lacy took to Tik Tok to share her exchange with staff inside the salon when she requested they remove the extensions. Pictured: Lacy’s hair after the extensions

‘It’s definitely not human hair – she advertised it as Russian virgin hair but I think it could be horse hair because it doesn’t even brush through.

‘Some hair salons will mix synthetic hair in with real hair to make it cheaper for them, but I’m a single mum-of-four and £425 is a lot of money’.

Lacy returned to the salon five days after claiming to have been ignored.

In the video, she can be heard confronting the salon while the salon owner fought back.

Lacy said: ‘I had had enough of being ignored and had enough of the itching, so I walked in and asked them to feel the hair and told them it’s in really bad condition.

‘I asked them to take the extensions out and give me my money back, but the manager claimed there was nothing wrong with it. 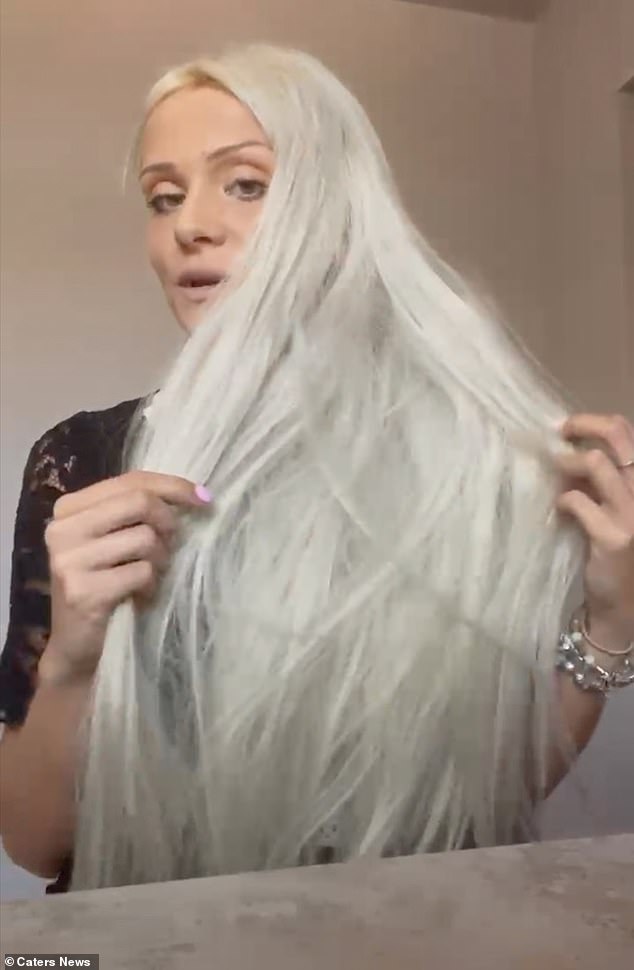 ‘But I know I’ve saved a lot of other women from going to this salon and wasting their money.

‘From what I can see on the reviews, I’m not the only one who had a bad experience.

‘My hair is very important to me and makes me feel confident so this has really affected me’.

A spokesperson for the salon said: ‘The hair that we provide is 100 per cent human hair. ‘There wasn’t an issue with the hair extensions.

‘She came into the salon for an appointment to get them removed and went crazy.

‘I’ve had threats to my life and livelihood because of this.’